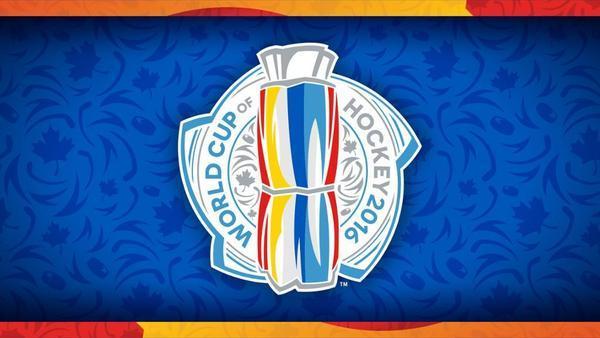 With the preliminary round out of the way, the 2016 World
Cup of Hockey is ready to get down to the contests that actually count this
weekend. Group A will feature the marquee matchup of Canada vs. the United
States, along with the less-heralded Czech Republic and Team Europe.

Here’s how those countries stack up. 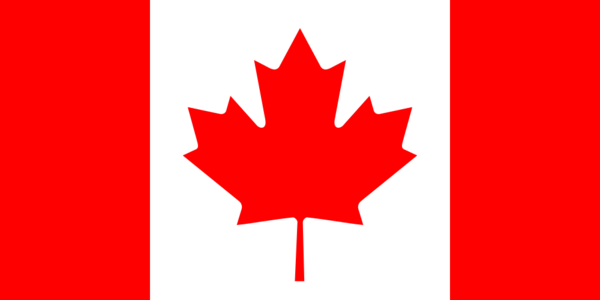 Canada is the world’s dominant hockey nation. It has won
gold at the last two Olympics and in three of the last four. It won the last
World Cup. Just for good measure, its C-team win both the 2015 and 2016 World
Championships. The host nation is without question the team to beat.

Forwards. Canada
has already had to make three injury replacements in this tournament, losing
Jamie Benn, Tyler Seguin and Jeff Carter. Despite this, when it took to the ice
against Russia, its fourth line consisted of Joe Thornton, Ryan O’Reilly and
Claude Giroux.

The team’s depth is ridiculous. Two-thirds of one of the
best two-way lines in the NHL the last half-decade (Brad Marchand and Patrice
Bergeron) get to play with Sidney Crosby. Jonathan Toews and Steven Stamkos
link up with Logan Couture on another two-way line. The Corey Perry/Ryan
Getzlaf duo from Anaheim gets to play with John Tavares on the third unit. The
forward group is just scary good.

Defence. It seems
that Marc-Edouard Vlasic and Shea Weber are likely to be Canada’s shutdown
pairing in these games, but beyond that there seems to be some wiggle room.
Jake Muzzin/Drew Doughty and Jay Bouwmeester/Alex Pietrangelo are the obvious second
and third pairs because of those players’ familiarity with each other, but that
leaves Brent Burns on the outside looking in. Outside of Vlasic, this group is
comparatively weak on the left side, but the key word in this sentence is “comparatively.”

Goal. Carey Price
is arguably the best goaltender on the planet right not, and pretty much the
undisputed No. 1 for Canada. He’s coming off a lengthy absence due to injury,
but had a chance to get the rust off with a pair of games in the preliminary
round. If he stumbles, either Corey Crawford or Braden Holtby would be a fine
replacement.

Expected result: As
always, the schedule is short enough that anything can happen. But Canada is
clearly the team to beat. 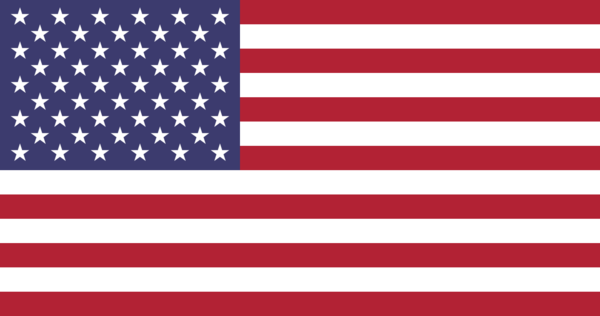 It’s been a while since the United States last won an event like this. Twenty years ago, Team USA won the first World Cup, it’s most recent major international hockey victory. Nevertheless, it would be a mistake to underrate this team,
particularly on an NHL ice surface. USA won silver in both the 2002 and 2010
Olympics and has a roster loaded with NHL talent.

Forwards. Team
USA boasts perhaps the most prolific offensive forward on the planet in Patrick
Kane, but for the most part has opted for a gritty, two-way group (even passing
on inviting Phil Kessel in favour of sticking with the club’s preferred motif).
The best scorers tend to be players like Joe Pavelski, Zach Parise and Max
Pacioretty—players with a reputation for taking on defensive responsibility.

Even the weak-ish spots on the roster aren’t particularly
weak, though. Players like Justin Abdelkader, Brandon Dubinsky, David Backes
and Ryan Kesler are all veteran NHL’ers, and while none are superstar scorers
all can play a physical, defensive game while chipping in 50 points over the
course of an NHL season.

Defence. Ryan
McDonagh, Ryan Suter and John Carlson form the core of the American defence,
with Matt Niskanen rounding out the top-four. It’s a very good quartet. The
third pairing is a little more vulnerable, with Erik Johnson in the No. 5 slot
and Jack Johnson an odd choice for hockey games at this level. Dustin Byfuglien
played as a forward in USA’s final warmup game, and we may see him yoyo back
and forth as the tourney goes on.

Goal. Jonathan
Quick seems certain to be the American starter, though in all honesty John
Tortorella could simply flip a coin before every game and be assured of quality
netminding. The brilliant Cory Schneider is arguably the best goalie on the
team and may end up as the third-string option behind Quick and Tampa Bay’s Ben
Bishop.

Expected result: The
Americans should be the second-best team in this group, which would send them
to the knockout round. Still, as it showed in exhibition play, Team USA can
beat the Canadians, and it only needs to do it once to potentially secure
first. 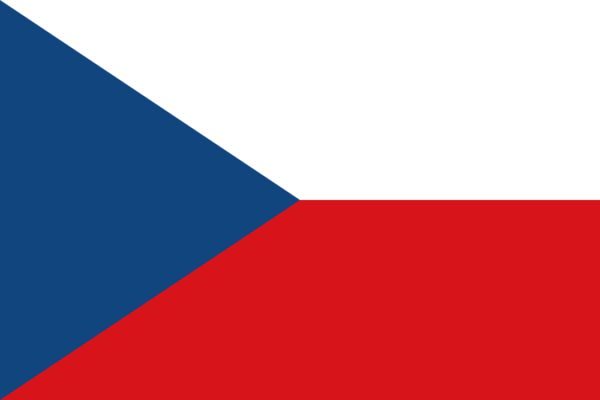 The Czechs generally aren’t rated as a hockey superpower on
par with teams like Canada and the United States, but they have surprised
before on the world stage. A gold medal at the 1998 Olympics represents the
high point in Czech hockey history, but they’ve been dangerous even without
Dominik Hasek.

At the 2004 World Cup, for example, the Czechs steamrolled
Sweden in the quarterfinals. They then took eventual winner Canada to overtime
in the semifinals before falling and settling for bronze.

Forwards. The
Czechs don’t have the forward depth of the Canadians or Americans, but they
still boast a pretty strong top-nine group. Tomas Plekanec, Jakub Voracek,
Martin Hanzal and Ondrej Palat will be the key members of their two strongest
scoring lines, while the team’s third unit looks to be a two-way line built on
the Dallas duo of Radek Faksa and Ales Hemsky along with versatile Flames
winger Michael Frolik.

Defence. Michal
Kempny, most recently of the KHL, led the Czech blue line in ice-time in their
final tune-up game. This is the club’s weakest position, with lots of NHL journeymen—Roman
Polak, Zbynek Michalek, Andrej Sustr—expected to play key roles.

Goal. Michal
Neuvirth and Petr Mrazek were both given a shot at the starting job in the
preliminary games, and Neuvirth was clearly the better of the two. He should
enter the tournament proper as the team’s starter, with Mrazek in the No. 2
slot. Winnipeg’s Ondrej Pavelec seems unlikely to play as the No. 3 goaltender.

Expected result: Third
place. On paper, the Czechs shouldn’t advance past the group stage. On the
other hand, they split games with Russia and beat Team North America in
exhibition play, so don’t write them off entirely.

There have been a lot of jokes about how old and slow the
hodgepodge confederation they call Team Europe looked in the preliminary round.
The U-23 team beat them twice by a combined score of 11-4 and they looked bad.

Then Europe rolled over Sweden 6-2 in its final warmup game,
pumping five goals past Henrik Lundqvist in the process. If they can do it to
Lundqvist and the Swedes, it’s probably a fair assumption that they might also do
it to Price and the Canadians or Quick and Team USA, too.

Forwards. Anze
Kopitar and Marian Hossa have been top two-way threats for the two best teams
in the NHL over the last half-decade. Now they get to play on the same line.
Frans Nielsen, less famous but cut from much the same cloth, brings a defensive
presence to a second line which stars scorers Marian Gaborik and Mats
Zuccarello. Third-liner Leon Draisaitl scored three vs. the Swedes. There may
not be a common national link between all these players, but they are
undeniably good.

Defence. Zdeno
Chara may be nearing the end of the line, but he’s still a formidable presence
and after a rough first game in the warmup round seems to be benefiting from
his new partnership with Andrej Sekera. Roman Josi anchors the second pair with
unsigned warhorse Dennis Seidenberg, while Mark Streit and Christian Ehrhoff
round out a group that on the whole will bank on experience to counter the
effects of age.

Goal. New York
Islanders fans get a preview of the coming season (or a repeat of last season)
as Team Europe gets to decide which of Jaroslav Halak or Thomas Greiss gives it
the best shot at winning. Halak would seem to have the upper hand for now, and
when he’s on he’s as good as anyone else in the game. Philipp Grubauer probably
won’t get to play as the No. 3.

Expected result: Unlike
the other teams in this tournament, the European mixed bag lacks a common
language or a single history for its players. It’s always difficult to find
cohesion in a short tournament, and this team starts out in a worse position
than its opponents. That’s why, despite the talent on the roster, picking them
fourth makes sense.