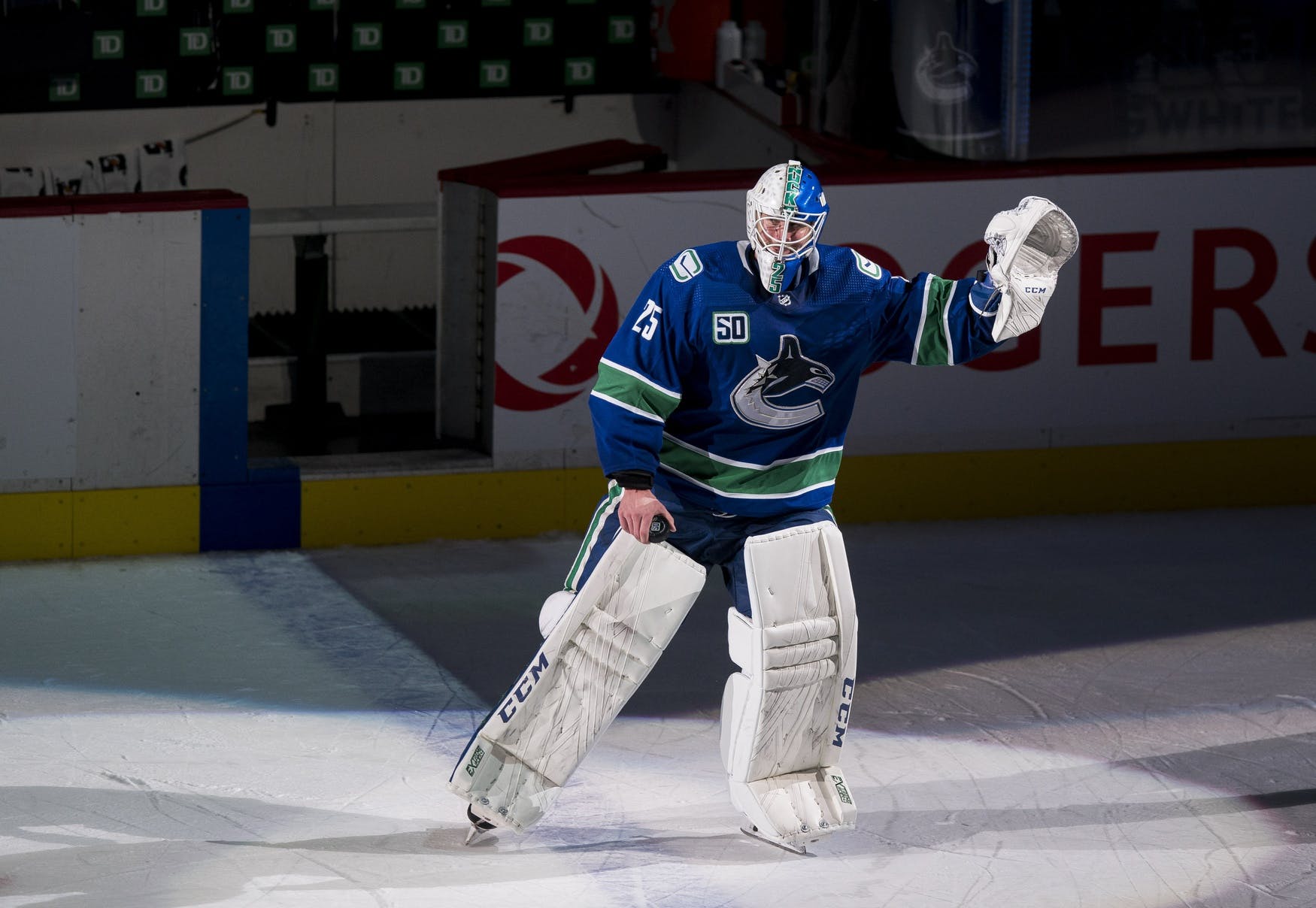 By Ryan Pike
2 years ago
After an uneven initial outing in Winnipeg, the Calgary Flames (0-0-1, 1 point) look for a bounce-back effort when they host the Vancouver Canucks (1-1-0, 2 points) in the Saddledome! It’s the first of 10 meetings this season between these two clubs, and each game should be quite spirited.
The puck drops just after 8 p.m. MT and you can catch the action on Sportsnet and CBC or on Sportsnet 960 The Fan.
For a view from the other side, visit the fine folks over at Canucks Army!

Projected lines, via Daily Faceoff:
Tkachuk – Lindholm – Dube
Gaudreau – Monahan – Leivo
Mangiapane – Backlund – Bennett
Lucic – Ryan – Simon
Giordano – Andersson
Hanifin – Tanev
Valimaki – Nesterov
A few changes from Thursday’s lines! Sam Bennett moves to the third line (on the wing), Derek Ryan centres the fourth line, and Dominik Simon slots in for Joakim Nordstrom on the fourth line.
Jacob Markstrom starts after making 30 saves against Winnipeg. He’ll be backed up by David Rittich. The taxi squad is Louis Domingue, Connor Mackey, Oliver Kylington, Zac Rinaldo, Derek Ryan and Buddy Robinson, though Ryan is expected to be activated for the game. Nordstrom is the odd man out.
The Flames were a tad uneven in their opener on Thursday, out-chancing the Jets 9-4 in the first period and being out-chanced 19-9 in the remainder of the game. They’re hoping for a more even outing this time around, especially against a young, fast Canucks team.
Ex-Canucks Markstrom, Chris Tanev and Josh Leivo are paying their first game against their old team – and against the only other NHL that Tanev has ever played agains. They’ll see them again another nine times before the regular season is over.

Projected lines, via Daily Faceoff:
Boeser – Pettersson – Virtanen
Pearson – Horvat – Hoglander
Roussel – Gaudette – MacEwen
Motte – Beagle – Sutter
Edler – Schmidt
Hughes – Hamonic
Juolevi – Myers
We’re awaiting confirmation, but it sounds like Braden Holtby starts for Vancouver. He and Thatcher Demko split the back-to-back games against Edmonton, with Holtby winning and Demko losing. Jalen Chatfield and Justin Bailey are their extra active skaters, while their taxi squad is Michael DiPietro, Jack Rathbone, Guillaume Brisebois, Loui Eriksson, Marc Michaelis and Brogan Rafferty.
This is Vancouver’s third game: they beat the Oilers 5-3, then lost 5-2. The good news is that Quinn Hughes is as advertised in his sophomore season thus far: really good. The Canucks have a lot of young talent just waiting to break out and the Flames need to be ready for their pace and skill.

If you peruse most standings projections, it becomes apparent that 65 points probably gets you into the playoffs. That’s a 32-23-1 record, or thereabouts, or a .580 points percentage.
The Flames have a 0-0-1 record, one point, and a .500 points percentage. They need 64 points to punch their ticket to the post-season.

The Flames are healthy.
The Canucks are without Micheal Ferland and Jayce Hawryluk due to injury. Jordie Benn and J.T. Miller are unavailable due to COVID-19 protocols.

These teams played each other three times in 2019-20, with the Flames winning two of the three meetings. Their last meeting was a 6-2 Flames win in Vancouver on Feb. 8. Dillon Dube had three points in the win.