How should the Flames manage their taxi squad? 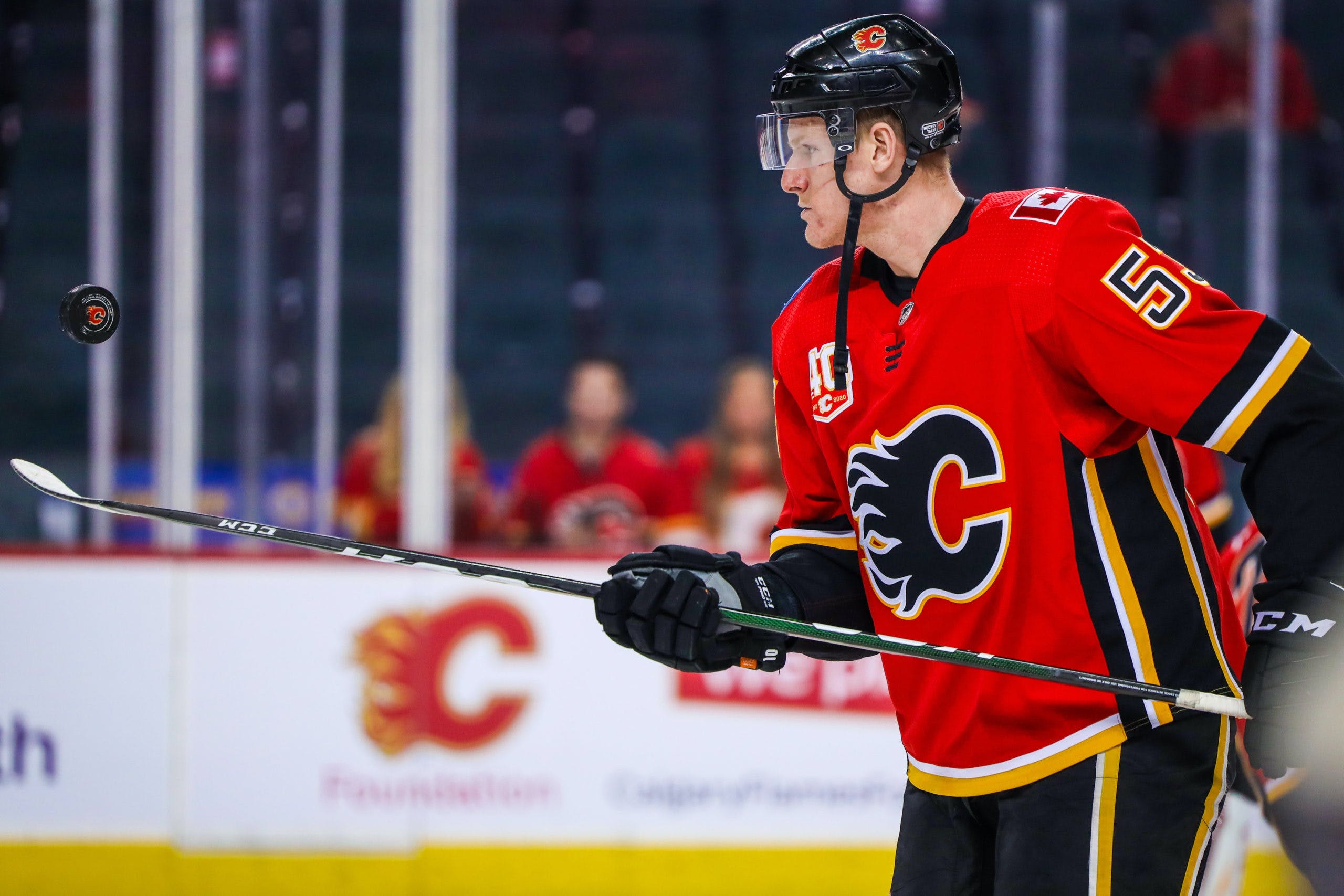 By Ryan Pike
1 year ago
Folks, we’ve discussed how weird the upcoming season is going to be (and we’re going to continue to do so until the season is over). But no aspect of how the season operates is more representative of the world we’re living in than the existence of the taxi squad.
How the Flames choose to manage their taxi squad could have huge implications for the entire season.

Simply put, the taxi squad is between four and six AHL bodies – including a goaltender – who will skate and practice with the Flames’ NHL squad during the season. The count against the cap as much as any AHL players would – if a player’s cap hit is $1.075 million or less, they don’t count at all, and up to that amount of a larger NHL cap hit can be buried.
The idea is that because the Canadian border is closed to non-essential travel and requires a quarantine for players from the United States before they can practice or play, NHL clubs wanted to have some bodies nearby. The taxi squad was the agreed-upon compromise.

The Flames are required to carry between 20 and 23 players on their NHL roster at all times during the regular season (subject to the salary cap’s limitations) and between four and six players on the taxi squad. Between their NHL roster and the taxi squad, they are required to have three goalies with the team.
In goal, their third guy will almost definitely be Louis Domingue. He’s on a two-way deal ($700,000 NHL / $450,000 AHL) and seems to fit in culturally as an ex-Canuck and logistically as a guy who’s played NHL guys and is used to being a depth option. He’ll also definitely clear waivers to be placed on the taxi squad – any team claiming a player on waivers has to keep them on their NHL roster, after all.
From there, the Flames have a lot of different options.
If they want to go with veteran players to hang out, play occasionally, and provide them with inexpensive depth, they have a bunch of them on their reserve list. Forwards Zac Rinaldo and Buddy Robinson are prime candidates for this approach. Rinaldo is on a two-way ($700,000 NHL / $350,000 AHL) and Robinson is on a one-way ($700,000), but both can play infrequently, are familiar with team systems, and will clear waivers. Defenseman Alex Petrovic is on a two-way ($700,000 NHL / $300,000 AHL) and while new to the Flames fits the same mould. These players have limited upside, but could help out in a pinch at the NHL level without much worry.
But the Flames have some young players that are knocking on the door for NHL gigs and arguably just need a bit of seasoning – and what better way to get them there than skating with the NHL team? Prime among these young up-and-comers is defenseman Connor Mackey (two-way; $925,000 NHL / $70,000 AHL), who has earned praise from basically everybody in the Flames who is asked about him. If he’s almost ready for prime time, having him available at a moment’s notice may be the best option. Other players in this category include forwards Matthew Phillips (two-way; $733,333 NHL / $70,000 AHL) and Glenn Gawdin (two way; $700,000 NHL / $95,000 AHL), who were both called up last season but didn’t get a chance to play. Mackey, Phillips and Gawdin are all waiver exempt, so they could be moved back and forth from the NHL roster without much complication. These players have upside, but are all untested at the NHL level.
A third option is that the Flames could utilize the taxi squad to create cap space by carrying fewer than six players on it (e.g., four or five) and use the open spot(s) to move waiver exempt NHLers Dillon Dube (two-way; $778,333 NHL / $70,000 AHL) and Juuso Valimaki (two-way; $894,166 NHL / $70,000 AHL) onto the taxi squad on non game days to maximize cap space. With the Flames opening the season with a projected 22-man NHL roster and roughly $223,000 in cap space, moving one or both of these players would create thousands of dollars of cap space per day. That said, with both players up for new contracts following the 2020-21 season, it might behoove the Flames not to go to this well too often – would you be flexible in negotiating a new contract with a team that sent you to the minors frequently during a season while utilizing you as a full-time NHLer the rest of the time? The cap space plan would be a financially prudent move in the very short term, but perhaps would create unnecessary complications down the road.
How would you manage the Flames’ taxi squad if you were general manager? Which players would you want to have on that squad? Sound off in the comments!
Uncategorized
Recent articles from Ryan Pike