Flames 4, Jets 3 (SO): Johnny Hockey did the hockey 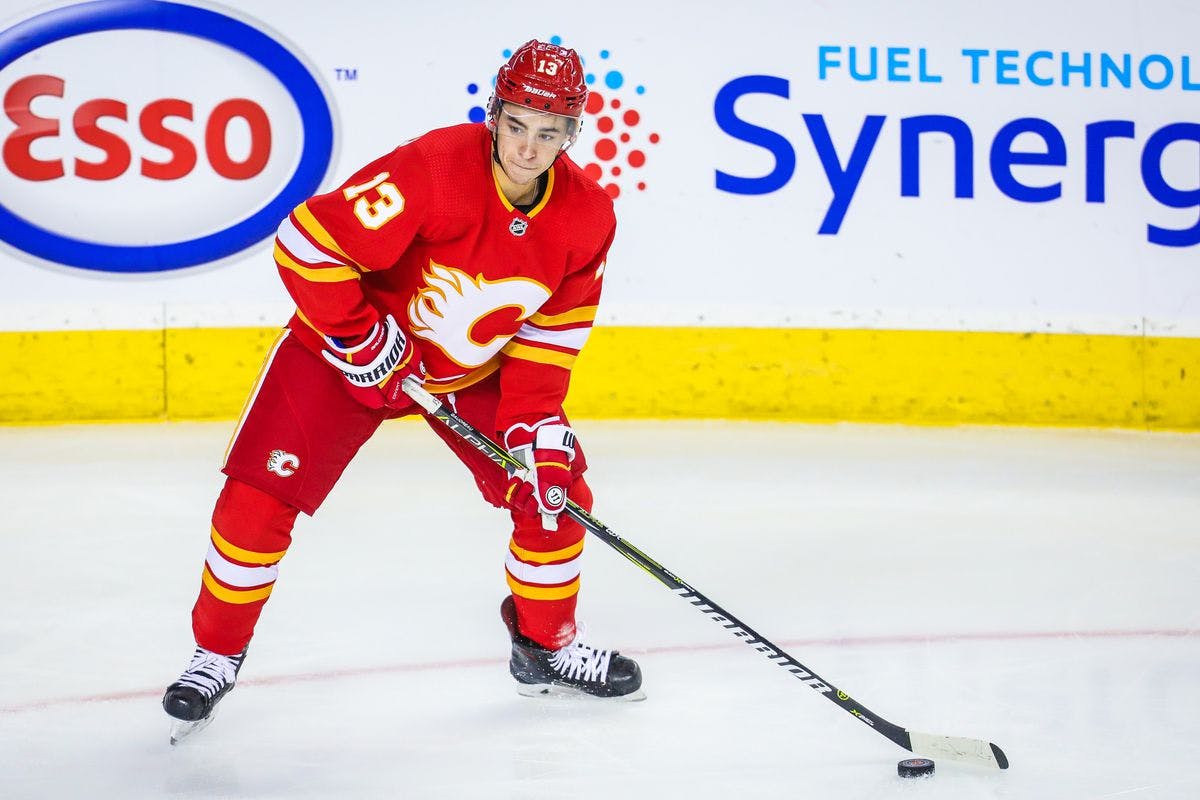 By Mike Gould
1 year ago
You love to see it.
What, exactly, is “it”?
How about… electric pace. Elusive skating. Elite stickhandling. Exciting goals.
All of these articles apply to Johnny Gaudreau’s show-stopping performance for the Flames on Monday night.
Put simply, Gaudreau was the “it”-factor for Calgary en route to a 4-3 shootout win over the Winnipeg Jets. He kept the opposition guessing all night with his vintage deceptiveness. After Gaudreau’s rough 2019-20 campaign, his play to begin this shortened season should come as a massive relief for the Flames and their followers.
Gaudreau is tied for fifth in the NHL with six goals in just eight games this season. He added to that total against the Jets with a back-door tap-in off a beautiful feed from rookie defenseman Juuso Valimaki.
Perhaps the most impressive feature of Gaudreau’s start has been his consistency. He’s recorded at least a point in every game of this campaign and his production has come as the result of his classic, energetic dominance.
In all situations, no Flame contributed more individual expected goals (ixG) on Monday than Gaudreau, whose chances collectively counted as being worth 0.55 ixG. He fired eight shot attempts towards the net, with five of them coming at even strength—both figures team-bests—and he also led the team with six individual scoring chances (four of them at even strength).
Those numbers hold serious weight, but can they even capture how exciting Gaudreau is when he’s at his best? When he’s the most exciting player on the ice for either team? When he’s taking over a game despite being the smallest player on the ice? When he follows up great offensive plays by stealing pucks on the backcheck? When he makes you say “wow” at least twice every night? When he’s the Flames’ “it”-factor?
Maybe Gaudreau’s shootout winner can serve as an effective anecdotal representation of his resurgence. There’s no doubting the confidence required to make a play like this with two points on the line.
Some say Gaudreau will never score 99 points again. If he keeps playing at this level in 2020-21, the only thing holding him back from reaching that plateau will be the 56-game schedule. Make no mistake: through eight games, that peak version of Gaudreau is back.
Who knows where Gaudreau’s future lies. His contract expires at the conclusion of the 2021-22 season and the Flames will be eligible to extend him on July 28 of this year. If talks prove fruitless, it may be wise to explore moving Gaudreau at some point.
Until then, the Flames and their fans can rest easy knowing that the superior edition of Gaudreau still exists in very fine form. He was the best player in Monday’s game and has been leading the charge in Calgary all season.
In short—he’s still got “it.”

When you’re hot, you’re hot.
Chris Tanev has manned the right side of the Flames’ best defensive pairing to start the season. Skating beside Noah Hanifin, Tanev has yet to see the opposition score against the Flames at even strength while he’s been on the ice.
Is that because of luck? Not exactly. Tanev and Hanifin have been two of the Flames’ most effective offensive and defensive players to begin the 2020-21 season.
At even strength, Tanev ranks first on the Flames at 2.89 on-ice expected goals for/60 and second at 1.50 on-ice expected goals against/60. Hanifin ranks third at 2.84 xGF/60 and first at 1.39 xGA/60.
Second pairing? More like second-to-none.
Hanifin is traditionally regarded as more of an offensive defenseman than Tanev, who has amassed just 23 goals in his 522 game NHL career. But Tanev blew Hanifin’s past scoring prowess out of the water on Monday, getting the Flames on the board just seven seconds into the middle period with a goal that will stand as one of the most memorable in team history.
Beautiful.
Tanev could hardly sustain that greatness over the full duration of Monday’s game but he still managed to remain engaged in the wake of his career’s crowning performance. In the third period, Tanev nearly missed scoring another goal, albeit one with less flair.
After Derek Ryan won a puck battle and retrieved the puck at the hash marks to Hellebuyck’s right, he sent a royal road pass over to a pinching Tanev. The Flames’ long-haired blueliner fired a shot towards the net that eluded the Jets’ goaltender but failed to solve the red iron.
Alas, Tanev will have to wait to add to his collection of maestro-worthy snipes. On Tuesday, perhaps he should trek up to the top bowl of Bell MTS Place and fire a shot at the Jets’ net from there.