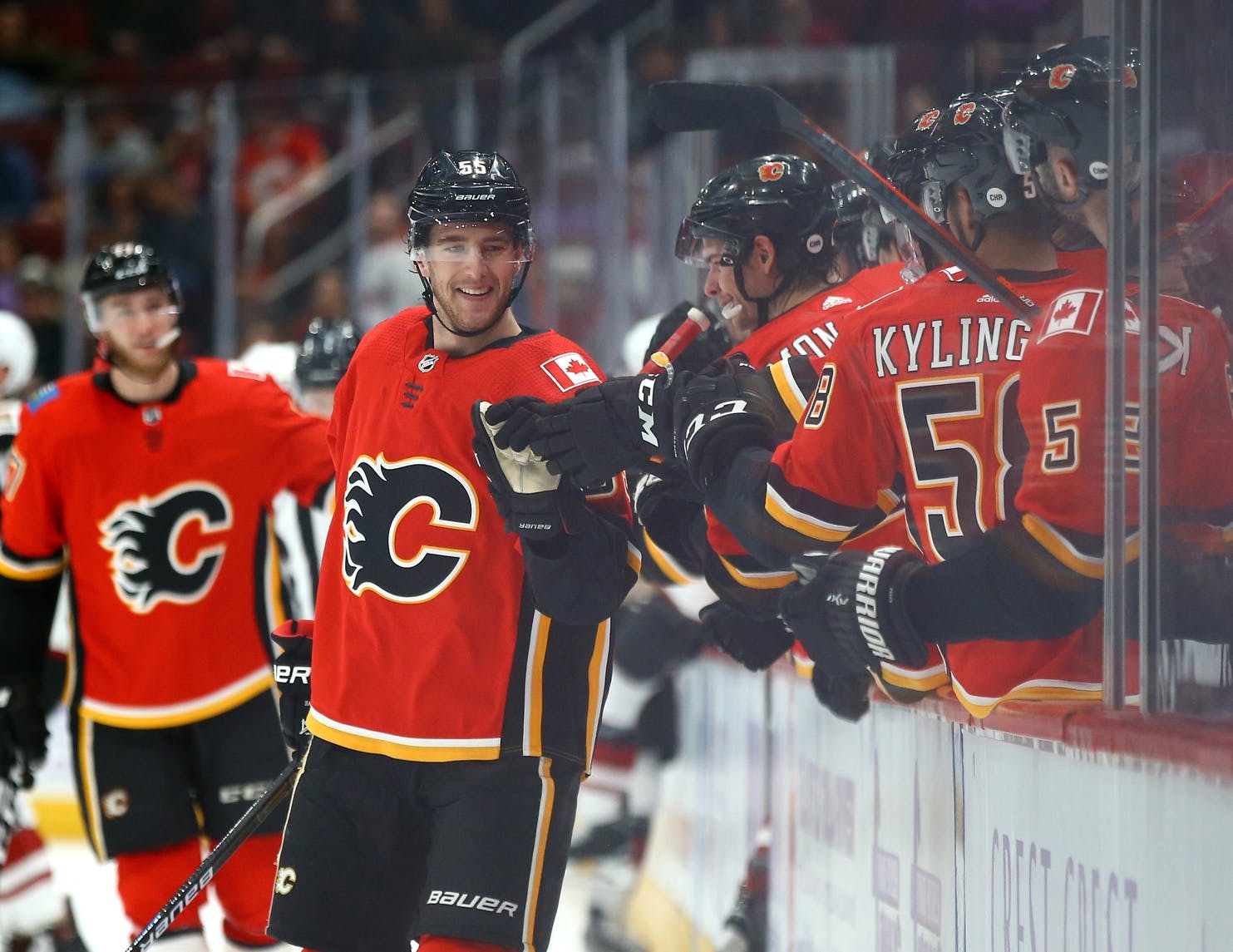 By Ryan Pike
1 year ago
Through five games, the Calgary Flames are a .500 team. They’ve captured half of the points available to them, and their play has been somewhat inconsistent. While it may be warranted to criticize them as they head off on a five game eastern road trip, let’s also give credit where it’s due.
Through five games, the defensive pairing of Noah Hanifin and Chris Tanev have been excellent.
A season ago, Tanev was in Vancouver and his primary gig was to mentor young Quinn Hughes. Meanwhile, Hanifin primarily played with Travis Hamonic on the Flames’ second pairing.
It made a lot of sense to put the two together when Tanev arrived in Calgary. Through the first five outings of the season, the duo hasn’t allowed a goal against at even strength.

Pairings with no 5v5 goals against, 50+ minutes played

(As of the morning of Jan. 28, 2021, via Natural Stat Trick)
For comparison, the three Flames pairings break down thusly at five-on-five. We’ve bolded areas where each duo is in the black.
No bold whatsoever for Giordano and Andersson, lots of bold for the other two groupings.
Let’s add some context, folks: Giordano and Andersson have primarily faced the other team’s first lines and top defensive pairings. They’ve been given a middling amount of offensive zone high ground – more than Hanifin/Tanev but less than Valimaki/Nesterov – but the toughest match-ups. Hanifin and Tanev have gotten the least zone start high ground, but slightly easier match-ups. Valimaki and Nesterov have gotten the most high ground and arguably the easiest match-ups, because that’s what you do with your third defensive pairing.
In terms of results, the third pairing has allowed the most goals (five) and Giordano/Andersson the next-most (three), but the top pairing is having some issues with the processes. The third pairing is performing pretty well and the Hanifin/Tanev duo has performed superbly.
Giordano’s performance with Andersson thus far seems very much along the lines of how he was used and performed in the 2020 playoffs. But the emergence and usage of Hanifin and Tanev as a top-flight pairing has allowed, and probably will continue to allow, for the Flames to manage Giordano’s minutes and try to get the absolute most hockey they can out of the NHL’s eighth-oldest player.
Given how well the two other pairings have done, it might make the most sense for the Flames to keep rolling their three pairings as-is and give Giordano and Andersson a chance to get out of the funk they’re currently in. If Hanifin and Tanev keep dominating, it may lead to other teams focusing their top guns on them (rather than Giordano and Andersson) and allow the other pairing a bit of breathing room and time to find their rhythm again.
It’s only been five games, but it’s been a very good start to the season for Hanifin and Tanev, and it’s really helped the Flames compete in games out of the gate.
Uncategorized
Recent articles from Ryan Pike