Battle of Alberta: by the numbers 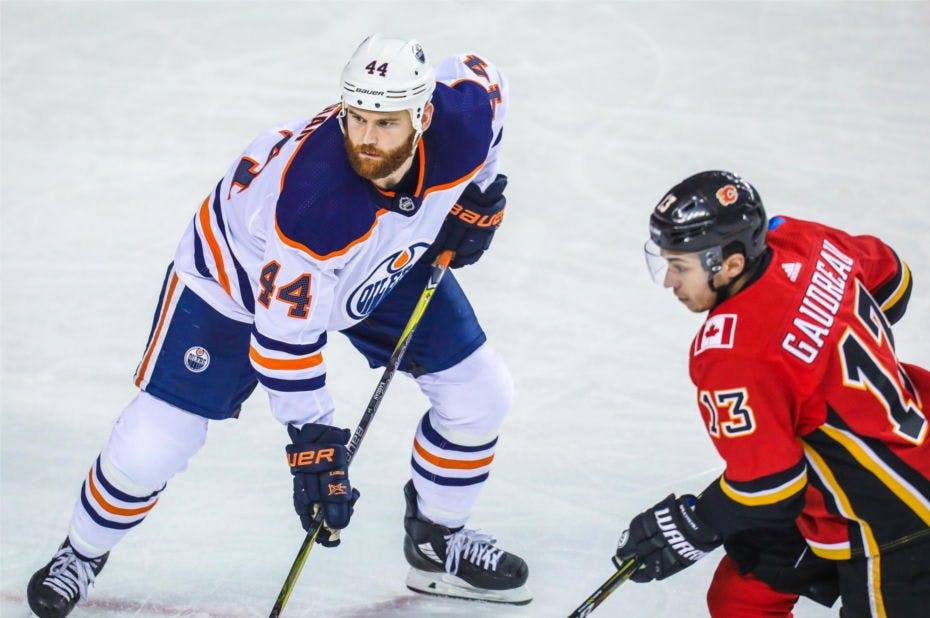 By Ryan Pike
1 year ago
Saturday night is the first installment of the fabled Battle of Alberta between the Calgary Flames and Edmonton Oilers for the 2020-21 season. There’s an awful lot of history between these two clubs, so we thought we’d provide a handy numerical primer for the occasion.
Here’s a decades-long rivalry, by the numbers.

The Edmonton Oilers joined the NHL in 1979-80, merged into the league from the World Hockey Association. The following season, the Atlanta Flames moved to Calgary. The Flames were in the Patrick Division (with natural rivals Philadelphia, Washington, the Rangers and the Islanders) for 1980-81 before joining the Oilers in the Smythe Division in 1981-82.
Since the Flames’ move north, there have been 242 regular season Battles of Alberta. Calgary has a 122-96-8-6 record in Battles, and have out-scored Edmonton 827-781 in the process. They’ve also met five times in the Stanley Cup playoffs, with the Flames’ 1986 series win – by way of Steve Smith scoring on his own net – representing their only playoff triumph over Edmonton.
The Flames have won one Stanley Cup, while Edmonton has won five. Between1983 and 1990, every Stanley Cup Final featured one of the two clubs.