Looking in the Calgary Flames prospect cupboard: goaltenders and defenders 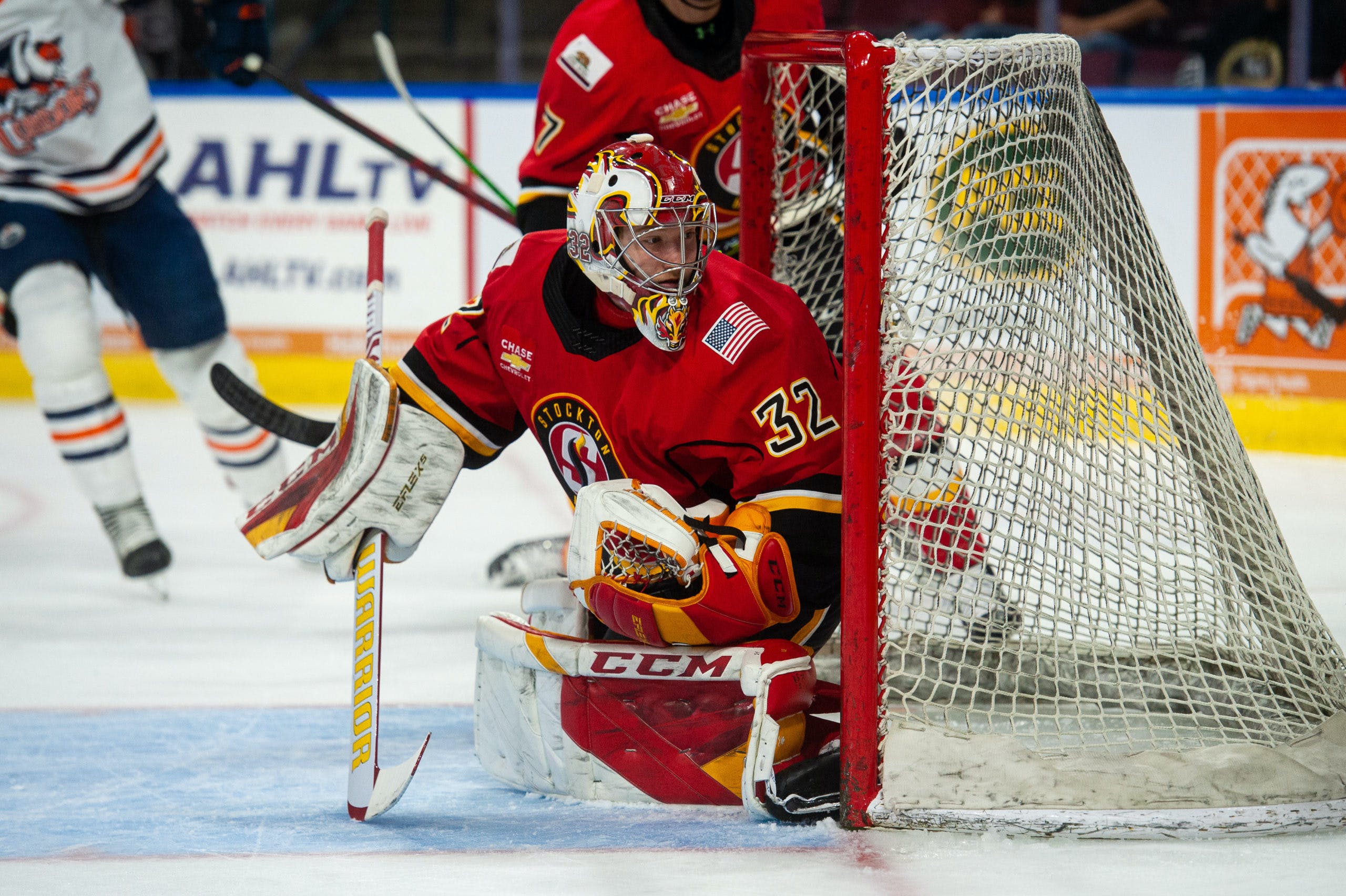 By Ryan Pike
1 year ago
It’s the holiday season! While we wait for the Calgary Flames to resume their post-Christmas schedule (hopefully) on Dec. 27 against the Edmonton Oilers, we felt it was time to see what the club’s prospects could end up becoming.
So, let’s do a quick rundown of the prospects in the Flames’ cupboard and their potential upsides. First up: goaltenders and defenders.