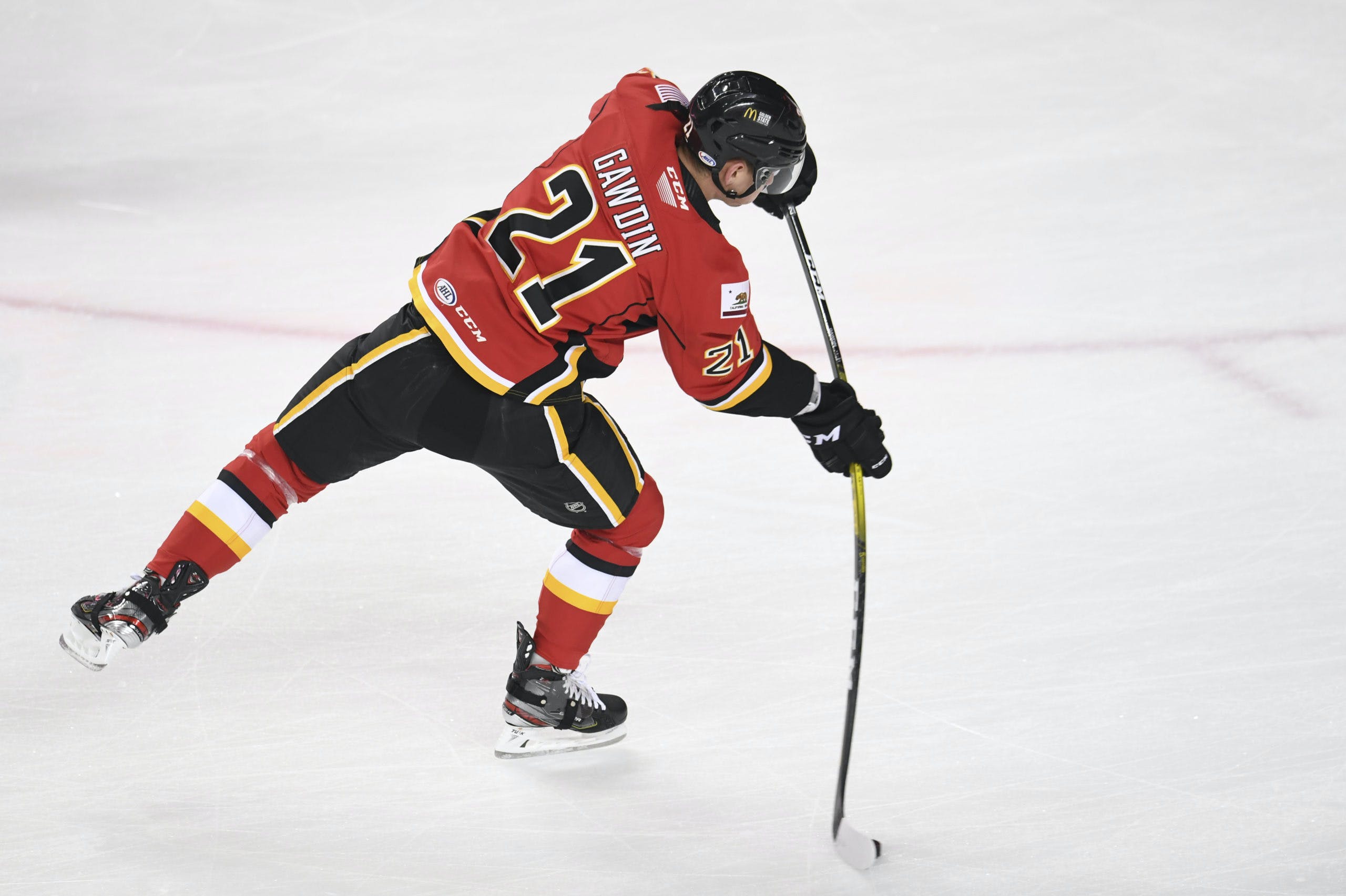 By Paige Siewert
5 months ago
When you have an off-season that consists of the departures of Matthew Tkachuk and Johnny Gaudreau within about a two-week period, it is very easy to miss some smaller free agency moves down the prospect pipeline. A few fringe players and AHL standouts have quietly left the Flames organization and have affected the depth options going into the 2022-23 season.
The former Stockton Heat team, now “unnamed Calgary AHL” team, had a franchise year in the 2021-22 season. The Pacific Division winners made their way to the second last round of playoffs and really brought together a wide range of talent to make the ultimate team. Next year, their roster is going to have some significant differences. Here are the most notable departures from the Heat roster so far this off-season.

The Flames will not be the only professional hockey team in Calgary without a captain for the time being. Froese was the captain of the Heat for the last three seasons and was on the shortlist for Flames call-ups when a forward was needed. First acquired in July of 2019, Froese got into six games for the Flames and 116 games for the Heat since joining the organization.
Froese came off a solid season with the Heat earning 20 goals, and 17 assists for a total of 37 points. He also was a large contributor in the playoffs earning 12 points in 13 games. Froese brought in a unique veteran experience that included NHL games with the Montreal Canadiens and Toronto Maple Leafs before he came to the Flames organization.
Froese was acquired by the Vegas Golden Knights on July 14 and will likely play the bulk of his season with the Henderson Silver Knights.

Glenn Gawdin is another player that frequently made his way up to Calgary for camps, call-ups and some sprinkled-in NHL ice time here and there. Gawdin was with the Heat since the 2018-19 season. His 2021-22 season, in particular, was his best with the Heat where he played in 62 games, earning 15 goals and 35 assists for a total of 50 points.
He was a depth center that could easily slide in for the Flames and have some success. In the 2020-21 season, he earned a point in seven games with the Flames and put up an average 54.3% face-off percentage. Last season, his spot at center was pretty much replaced by his Heat teammate, Adam Ruzicka.
Ruzicka played 28 games for the Flames, earning 10 points. His face-off percentage was 46.2% while Gawdin’s was 27.3% in the two games he got into. Maybe his role was being phased out of the Flames, but his performance in the AHL could have certainly earned him more call-ups in the future.
Glenn Gawdin was signed by the Anaheim Ducks on July 14 to a two-year deal that is a two-way contract in the first year and a one-way contract in the second year.

Justin Kirkland spent the last three seasons with the Stockton Heat, and while he has never played an NHL game in his career, he’s got to be due for one in the near future. 2021-22 was a breakout year for the 25-year-old forward where he put up 25 goals and 23 assists for a total of 48 points.
Kirkland was the definition of a clutch player not only putting up timely goals but also consistently setting the tone and getting his team on the board first. One of his greatest assets through last season was his shootout performance. Kirkland had a near-perfect year going seven for eight in the shootouts for an 87.5% success rate.
Kirkland also shined in the postseason, earning 12 points in 13 games. He’s not the flashiest of players so the storyline around his season can easily be buried underneath the story of Dustin Wolf, Jakob Pelletier and Matthew Phillips, but do not get it mistaken that Kirkland was in fact a large contributor to the Heat’s success.
Justin Kirkland was picked up in free agency by the Anaheim Ducks on July 14 as well on a one-year two-way contract.

These weren’t the only moves made throughout the Flames’ AHL team, but they are the highest profile ones to date. The bad news is the new baby Flames will be missing some key players they’ve had for the last handful of seasons. However, there is good news. They still have a lot of young talent on entry-level contracts and a recent extension of Matthew Phillips to keep this team beefed up.
Further news around the confirmed name for this team and other roster moves is yet to come.