Canadiens 2, Flames 1: It wasn’t meant to be 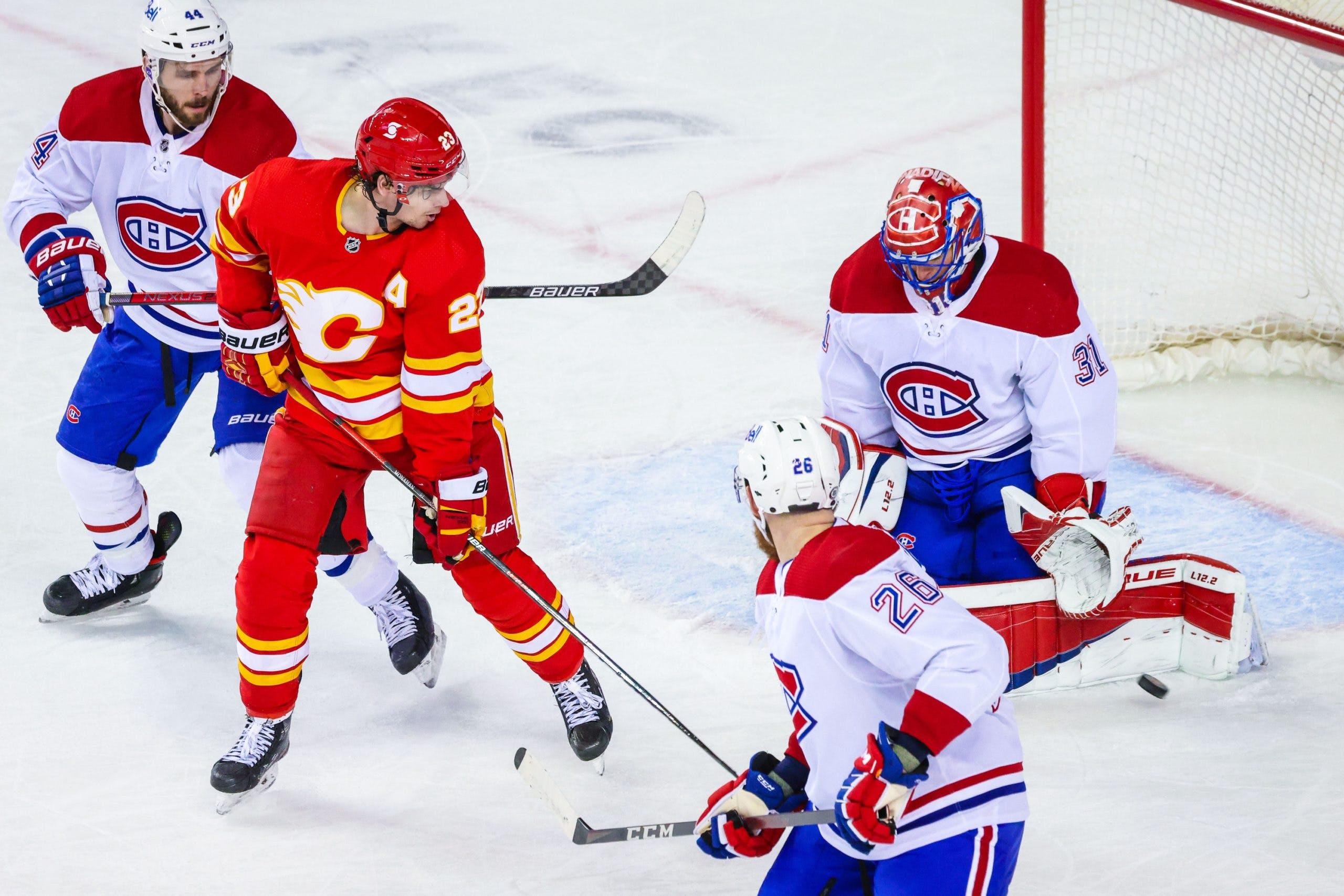 By Mike Gould
1 year ago
At this juncture of the season, I can’t help hearing this song in my head whenever the Flames allow a goal.
If it wasn’t before, the Flames’ campaign is now in serious jeopardy after their 2-1 loss to the Montreal Canadiens on Friday afternoon. Calgary hit a lot of posts in Friday’s game but couldn’t tickle the twine with enough regularity to pull out even a single point.
A 19-22-3 record usually isn’t enough to even come close to a playoff spot in a typical season. The Flames have just 41 points in 44 games and now sit six points back of Montreal—which has played three fewer games—for the fourth and final berth in the North Division.
Of course, the 2020-21 year has been anything but normal. We’re in the middle of a catastrophic pandemic and, with COVID-19 case numbers skyrocketing and the Vancouver Canucks reeling from a dreadful outbreak, it’s certainly worth questioning whether games should even be played right now.
The Canucks have been inactive for nearly a month. They last played a hockey game on Mar. 24 and are set to return on Apr. 18 to begin a gruelling 32-day stretch of 19 games. All in all, it sounds like a terrible idea for these players to be subject to such a strenuous schedule of physical activity so soon after contracting a horrible virus.
Neither Calgary nor Vancouver are at all likely to make the playoffs, anyway. The Flames actually boast the worse record, with their .466 points percentage placing them behind the .473 Canucks. The Canadiens are miles ahead, at .573.
When talking about the Flames, it’s clear they need to start thinking more about the future. Just eight of the Flames’ 43 draft picks since 2014 have made the NHL, good for an 18.60% success rate (the third-worst in the NHL).
In the case of the Canucks’ season, “looking to the future” takes on a different meaning. COVID-19 has shown to be an extremely persistent affliction with the potential to cause long-term breathing problems and increase the risk of future heart failure.
The Canucks’ situation is impossible to ignore when thinking about anything related to the playoff picture (or hockey, in general) in the North Division. Right now, with Vancouver’s COVID situation, the playing field could not be any less level. Those players have been through the wringer and are now being expected to sacrifice their bodies even further as part of a playoff race?
The Flames have four more games to play against Vancouver before the end of the regular season. On paper, these should be hotly-contested divisional matchups to help define the North Division seeding at the end of the year. As it stands, those four games will be part of a back-breaking stretch of seven games in 10 days for a recovering Canucks team.
It doesn’t feel right. It shouldn’t happen. At the very least, the playoffs should be held inside another bubble. Or, until the Canucks get a chance to fully recuperate and vaccines are more widely available, the season should be put on pause.
Uncategorized
Recent articles from Mike Gould