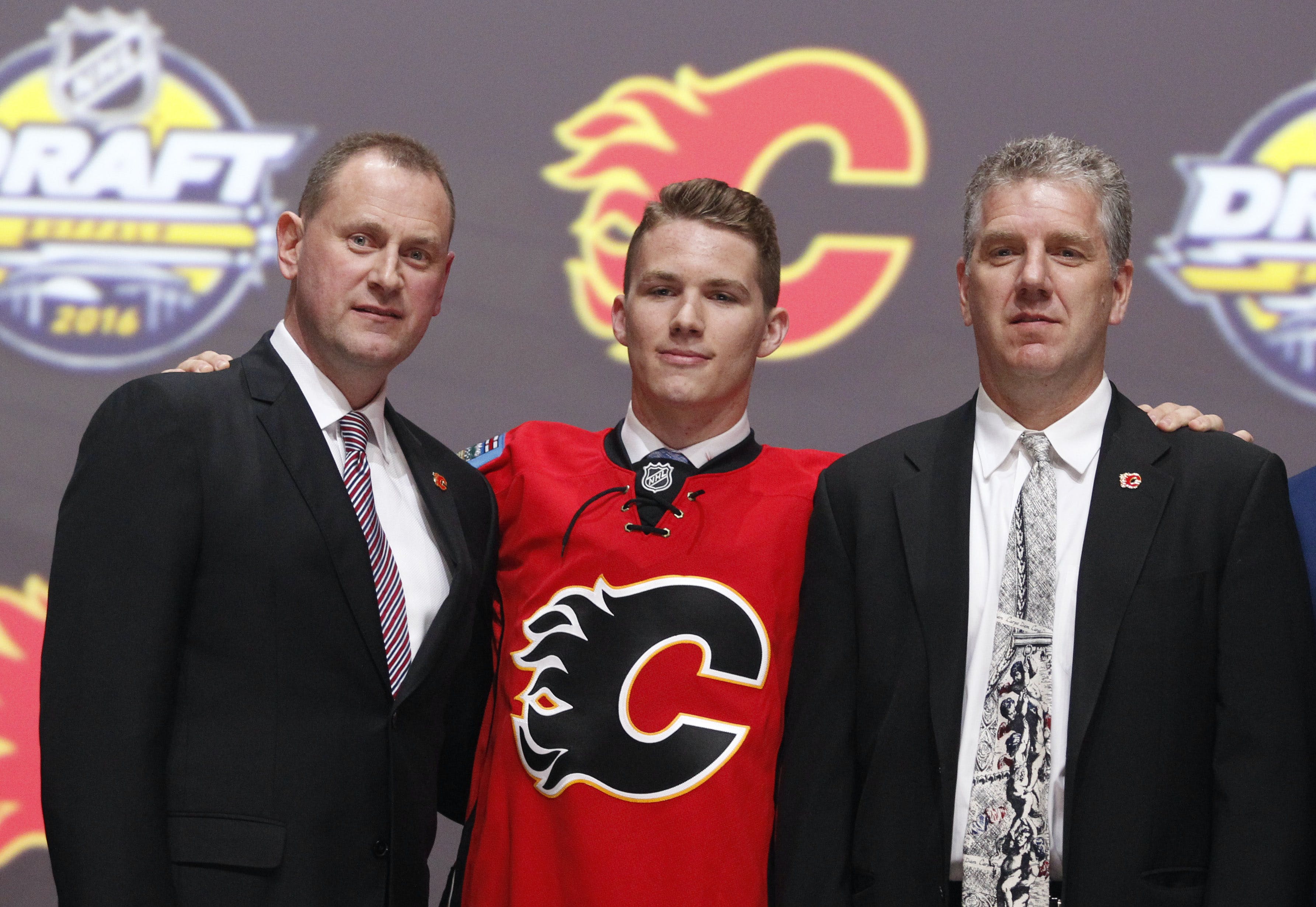 By Ryan Pike
1 year ago
The 2021 NHL Draft is rapidly approaching, held remotely on July 23 & 24. The 2021 draft will be the eighth under the guidance of general manager Brad Treliving and the 21st under the stewardship of director of amateur scouting Tod Button.
Here’s a snapshot of the team’s drafting habits and tendencies since Treliving took the helm in 2014.

Since 2014, the Flames have made 43 picks:
Of those 43 picks, 10 have played at least one NHL game: Sam Bennett (412), Rasmus Andersson (216), Oliver Kylington (95), Andrew Mangiapane (178), Matthew Tkachuk (349), Dillon Dube (121), Adam Fox (125), Matthew Phillips (1), Juuso Valimaki (73) and Adam Ruzicka (3). Those 10 were drafted in the first round (3), second (3), third (1), fourth (1) and sixth (2) rounds.
The team’s performance in drafting after the third round is arguably the most impressive thing they’ve done draft-wise in years. Teams know a lot about the projected top 90 (or so) players in most draft classes, but the later rounds involve leaning on their regional scouts for specific knowledge. Their scouts have found gems late, usually finding players with minor deficiencies – like Mangiapane’s size – that can be worked around.

The Flames have concentrated a lot of their picks in key areas. Here’s a quick rundown of draft selections by league or area:
It’s notable here that OHL area scout Fred Parker and WHL area scout Rob Sumner were promoted to assistant directors of scouting under Treliving, which is likely a reflection of the quality of their work as area scouts. Treliving’s management group has also heavily invested in scouting in the United States, and that’s reflected in so many Americans being selected on his watch.
Positionally, the Flames have drafted 27 forwards, 12 defensemen and four goaltenders under Treliving. They’ve seemingly avoided drafting for specific positional needs – they went a couple years between drafting defensemen, for example – and they utilize a philosophy instilled under Jay Feaster and John Weisbrod starting in 2011: working the list. Simply put: the Flames scouting staff sits down before the draft, makes a preference list of the prospects they’re willing to take, and then they draft the best remaining player on that list when they go to draft. They have, however, tried to draft a variety of different types of players rather than pure offensive types, likely with the mindset that you don’t win championships with 20 versions of the same type of player.
So far, their drafting philosophy has been fruitful for the club, particularly in the later rounds of the draft.
Uncategorized
Recent articles from Ryan Pike