FGD 20: Escape from the centre of the universe (5pm MT, SN West) 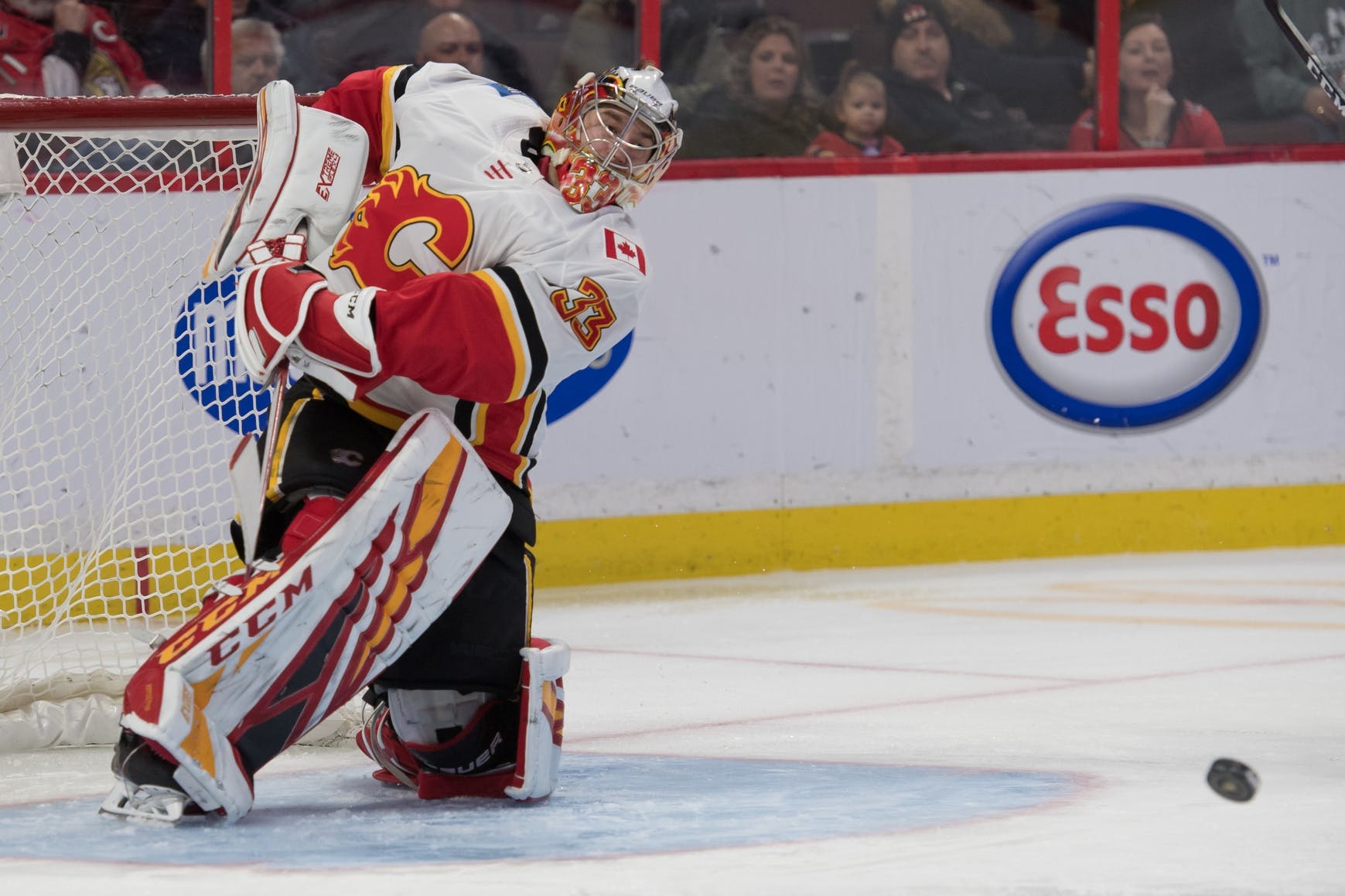 By Ryan Pike
1 year ago
48 hours after one of their bigger, more complete wins of the season, the Calgary Flames (9-9-1, 19 points) are back in action in a rematch with the Toronto Maple Leafs (14-4-2, 30 points). The Leafs probably deserved better on Monday, but the Flames managed to shut them out via a strong goaltending performance from the man known as “Big Save Dave,” David Rittich. In the first half of a back-to-back, the Flames will likely need another big night in net from Rittich.
The puck drops just after 5 p.m. MT and you can catch the action on Sportsnet West (and the national feed) or on Sportsnet 960 The Fan.
For a view from the other side, visit the fine folks over at Leafs Nation!

Projected lines, via Daily Faceoff:
Tkachuk – Lindholm – Mangiapane
Gaudreau – Monahan – Bennett
Lucic – Backlund – Dube
Nordstrom – Gawdin – Leivo
Giordano – Andersson
Hanifin – Tanev
Valimaki – Kylington
With Jacob Markstrom unavailable again, David Rittich starts for the Flames, backed up by Artyom Zagidulin. The active projected scratches are Dominik Simon and Nikita Nesterov. The taxi squad is Michael Stone, Oliver Kylington (who will be activated for the game), Buddy Robinson, Byron Froese, Zac Rinaldo and Brett Ritchie.
Kylington played 7:46 on Monday on the third pairing with Juuso Valimaki, his first game action in about a year. Head coach Geoff Ward noted he thought Kylington played well, and that since joining the team late (due to immigration issues and the resultant quarantine delays) he’s been working to catch up on things in practice.
Don’t expect many, if any, changes for the Flames. They weren’t perfect against Toronto, but they did a decent job minimizing secondary chances and killed penalties well. But they need to be a bit better at five-on-five and avoid getting hemmed in their own end. Oh, and stay out of the penalty box. There’s no way a potent Leafs power play can be kept off the board for too long when they get as many advantages as the Flames gave them.

Projected lines, via Daily Faceoff:
Tavares – Matthews – Marner
Hyman – Kerfoot – Nylander
Vesey – Engvall – Mikheyev
Barabanov – Boyd – Spezza
Rielly – Brodie
Dermott – Holl
Lehtonen – Bogosian
Barring Frederik Andersen making a surprise recovery, it sounds like Michael Hutchinson starts for Toronto, backed up by Joseph Woll. Toronto’s taxi squad right now is Martin Marincin, Scott Sabourin and Alex Galchenyuk. Zach Hyman returns after a one-game absence, which bumps Nic Petan to the sidelines.
The Leafs won the high-danger chances battle with Calgary 8-3 on Monday and they had seven power plays but were held to seven shots combined. There’s no way their high-powered offense can get that many looks and not score, so the Flames will need to be even better defensively than they were on Monday.

If you peruse most standings projections, it becomes apparent that 65 points probably gets you into the playoffs. That’s a 32-23-1 record, or thereabouts, or a .580 points percentage.
The Flames have an 9-9-1 record, 19 points, and an .500 points percentage. They need 46 more points to punch their ticket to the post-season with 37 games remaining, which would translate to a .622 points percentage over the remaining games.

The Leafs have won two out of three games with the Flames this season. Toronto’s wins were 3-2 and 4-3, while they lost 3-0.