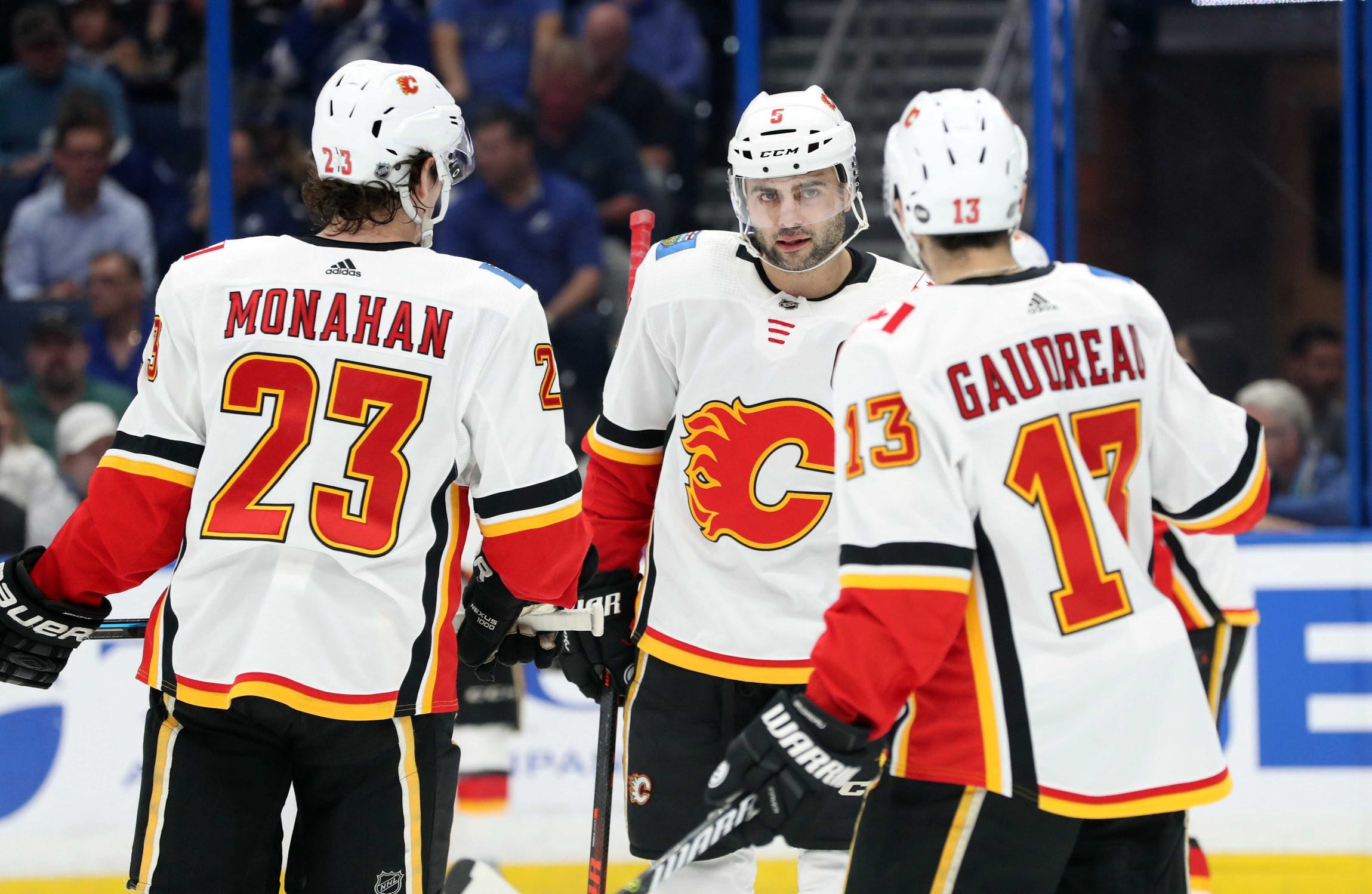 By Nation World HQ
2 years ago
by OddsShark (@OddsShark) – Sponsored Post
The Calgary Flames will be looking to snap a two-game losing streak when they kick off a five-game road trip in Montreal on Thursday night as +105 underdogs on the NHL odds at sportsbooks monitored by OddsShark.com.
Calgary came up short in its second straight home date with the Toronto Maple Leafs, dropping a 4-3 decision on Tuesday night to fall to 2-2-1 on the season going into Thursday night’s game at the Bell Centre.

The Flames never led while being swept in their two-game series with Toronto. In addition to failing to score in the first period in each of the past three games, Calgary has also struggled to find the net, averaging just five shots on goal in the opening frame over its past three outings.
Those slow starts have not helped the Flames in their bid to improve their performance in five-on-five situations. Calgary shooters have potted just eight even-strength goals over their first five contests, with Johnny Gaudreau currently sitting as the only Flames player with more than one even-strength marker so far this season. Despite their low-scoring ways, the Flames have produced mixed results on the totals at online betting sites, with the OVER enjoying a narrow 3-2 edge through five games.
Calgary has also struggled on the road since late last season. The Flames closed out last season with losses in three of their final four away dates, ending a stretch of 15 victories in their 20 previous road contests. The club filled the net with regularity during that hot stretch, averaging 3.65 goals per game, and scoring five or more goals on nine occasions. That is an offensive touch they will likely have to recapture as they prepare to battle the Canadiens, who open their home schedule on Thursday night as -125 favorites.
Following an offseason overhaul, the Canadiens have met heightened expectations in the early going of the new season. Montreal returns home after racking up a 4-0-2 record during a season-opening six-game road trip. The Canadiens have piled up an NHL-leading 29 goals during their hot start, including 12 markers in their past two outings to fuel a 3-0 run for the OVER in totals betting.
The Canadiens have also dominated when battling the Flames in recent seasons, posting five straight wins, and have limited the Flames to three or fewer goals in 11 of their past 14 meetings.
Check out OddsShark on Twitter and Instagram or head to YouTube for analysis on this week’s top games. As well, the OddsShark Computer serves up daily NHL betting picks.
Content
Odds News
Recent articles from Nation World HQ