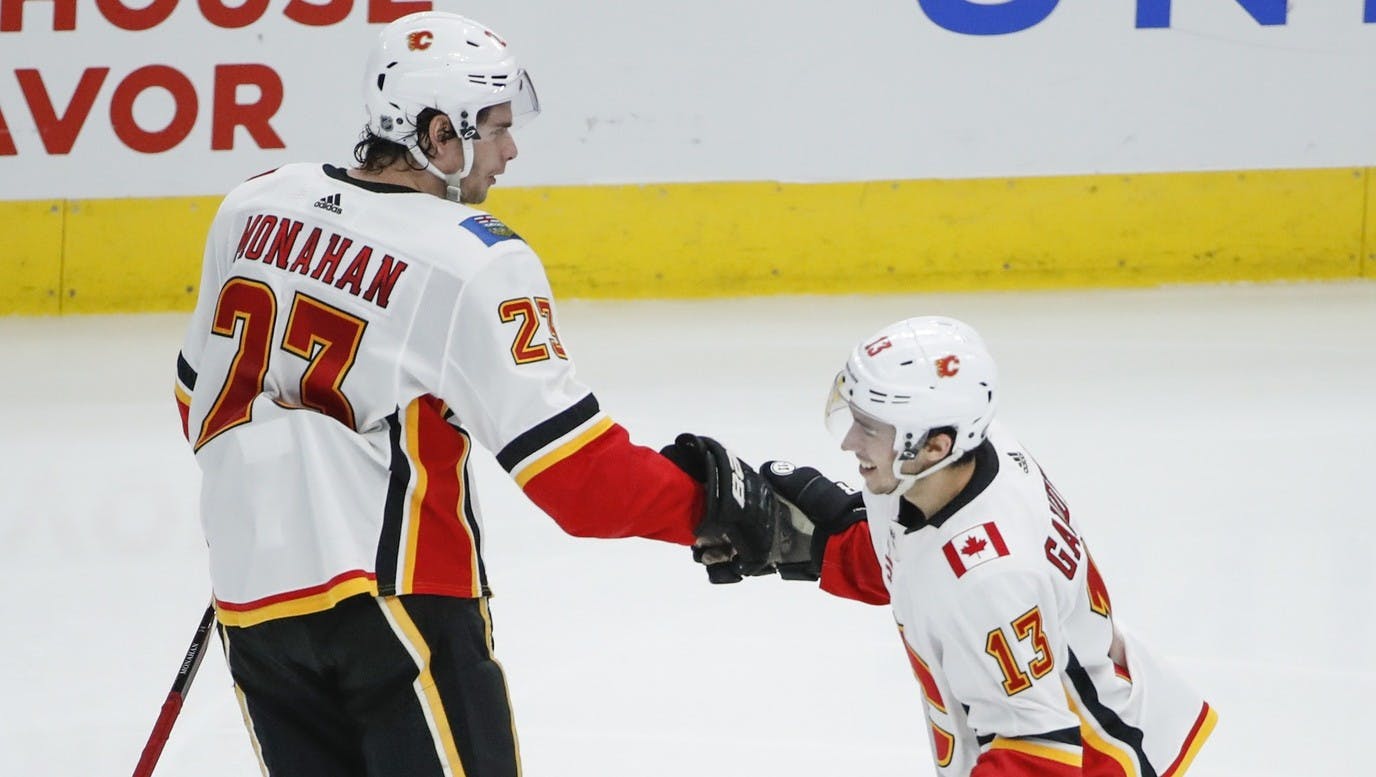 By Nation World HQ
1 year ago
by OddsShark (@OddsShark) – Sponsored Post
The Calgary Flames will be trying to overcome their recent disappointing performances in Ottawa when they open a two-game road series with the Senators on Monday as -165 favourites on the NHL odds at sportsbooks monitored by OddsShark.com.
Calgary has produced mixed results in five previous meetings with last-place Ottawa this season, including lopsided road losses in two of their past three road dates going into Monday night’s game at the Canadian Tire Centre.

Overall, the Flames were outshot by a wide 14-8 margin in last month’s three-game series to fall to 1-4-0 in their past five away dates with the Senators. A lack of offensive production has contributed to Calgary’s road woes in the nation’s capital; the Flames have been limited to two or fewer goals in five of their past six clashes at Canadian Tire Centre.
Maintaining offensive momentum has been a constant struggle for the Flames, who lost valuable ground in the North Division standings with a 2-0 loss in Toronto on Saturday night. The Flames now lag four points back of the fourth-place Montreal Canadiens, who also hold a game in hand.
And while Calgary has picked up wins in four of its past six outings, the team has mustered more than three goals just twice over its past eight outings, and averaged a meagre 2.53 goals per game over its past 19 contests. But after surrendering four goals per game over their past three outings they have continued to produce uneven results in totals betting, with the OVER going 3-1 at sports betting sites over their past four games, and 5-4 over their past nine.
While the Flames try to regain consistency on the road, the Senators battle injury woes as they look to Monday’s series opener as +145 underdogs. Ottawa enjoyed a weekend off after being swept by the Vancouver Canucks in a two-game home series. Overall, the Senators have now lost seven of nine, and have managed to score two or fewer goals in five of their past six outings.
In addition to their continued battle to find an offensive touch, the Senators have also seen their goaltending corps rocked by injury. Matt Murray, Marcus Hogberg and Joey Daccord remain sidelined indefinitely by injury, which opens the door for Anton Forsberg to potentially make his first start with the Senators on Monday night.
Claimed off waivers from the Winnipeg Jets last week, Forsberg looked ready for primetime while backstopping the Belleville Senators, Ottawa’s AHL affiliate, to a convincing 5-1 win over the Toronto Marlies. However, the 28-year-old journeyman surrendered eight goals on just 78 total shots while making three game appearances last season.
Check out OddsShark on Twitter and Instagram or head to YouTube for analysis on this week’s top games. As well, the OddsShark Computer serves up daily NHL betting picks.
Odds News
Recent articles from Nation World HQ