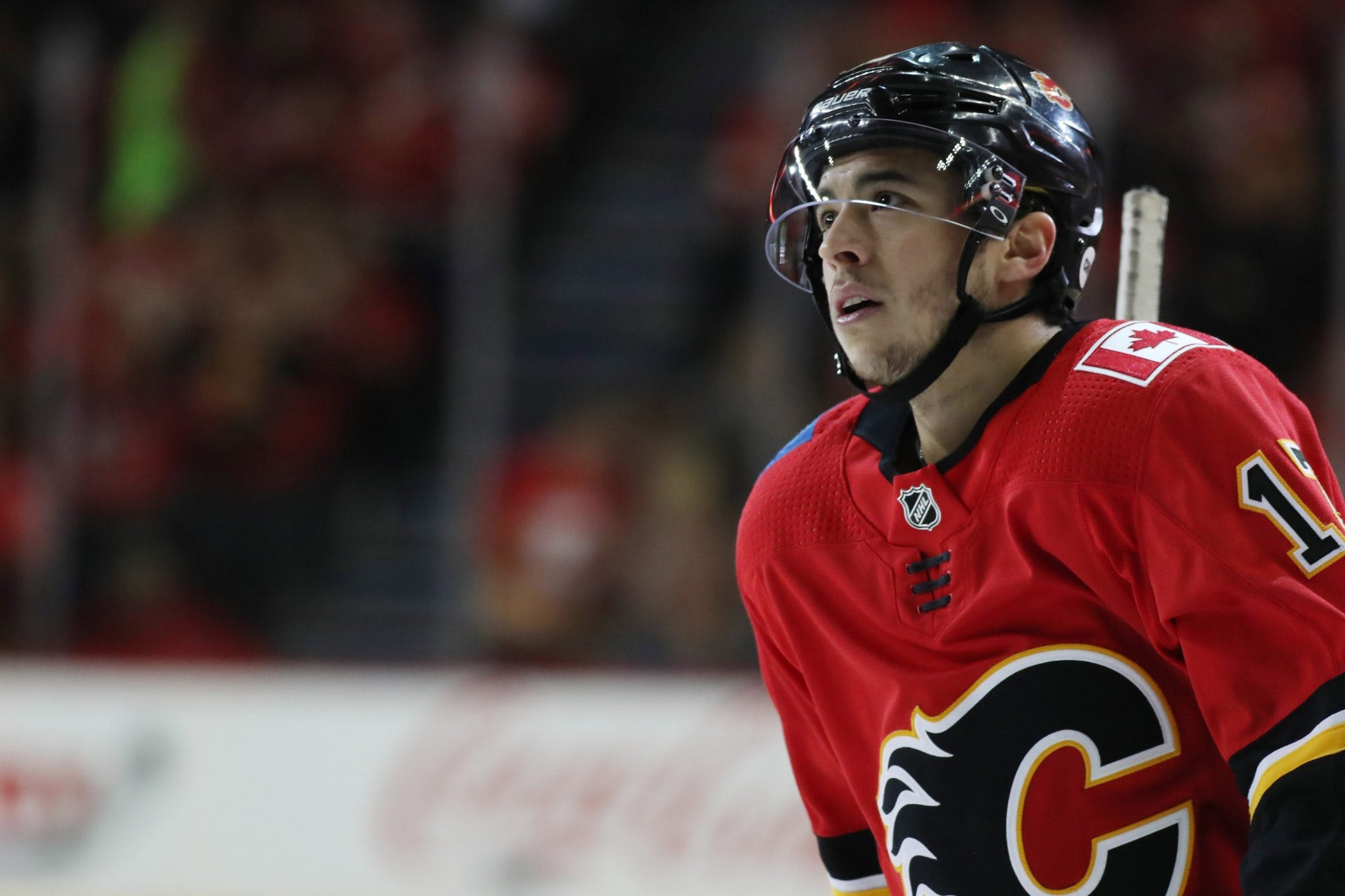 By Mike Gould
1 year ago
The Calgary Flames have begun negotiations on a contract extension with star forward Johnny Gaudreau, Sportsnet insider Elliotte Friedman reported in his “31 Thoughts” column on Friday evening.
Here’s exactly what Friedman had to say about the talks between the two sides:

Calgary has begun extension discussion with Johnny Gaudreau. This is purely my guess, but Flames probably have to jump over Matthew Tkachuk’s $7 million per season. He’s at $6.75 million now.

Gaudreau, 27, has one year remaining on the six-year deal he signed with the Flames back in 2016. He’ll become eligible to sign an extension with the Flames, for a maximum of eight years, on July 28.
The Flames have much to gain by getting a head-start on discussions with Gaudreau. While he currently does not have any trade protection available at his disposal, Gaudreau’s contract will adopt a no-trade clause on July 28 which will enable him to block deals to any clubs not on a five-team list of his creation.
If the Flames quickly come to the conclusion that they should not agree to Gaudreau’s terms, trading him prior to his no-trade clause taking effect would enable them to negotiate with any other NHL teams without fear of Gaudreau stepping in to veto a deal.
Gaudreau has the opportunity to become the highest-paid player in Flames history with his next contract. Matthew Tkachuk, Jarome Iginla, and Miikka Kiprusoff have all commanded an average of $7 million per season from Calgary at various points in time over the last two decades; however, no Flame has ever surpassed that figure.
In 2020–21, Gaudreau led the Flames with 49 points (19 goals, 30 assists) in 56 games. According to Evolving-Hockey, Gaudreau provided the Flames with 16.5 expected goals above replacement and was worth $8 million last year.
The same site projects Gaudreau’s next deal — if signed with Calgary — as most likely being worth an average of $8.385 million over six years.
If left unsigned, Gaudreau will become an unrestricted free agent in July 2022 and will be free to join any NHL team of his choosing.
Uncategorized
Recent articles from Mike Gould