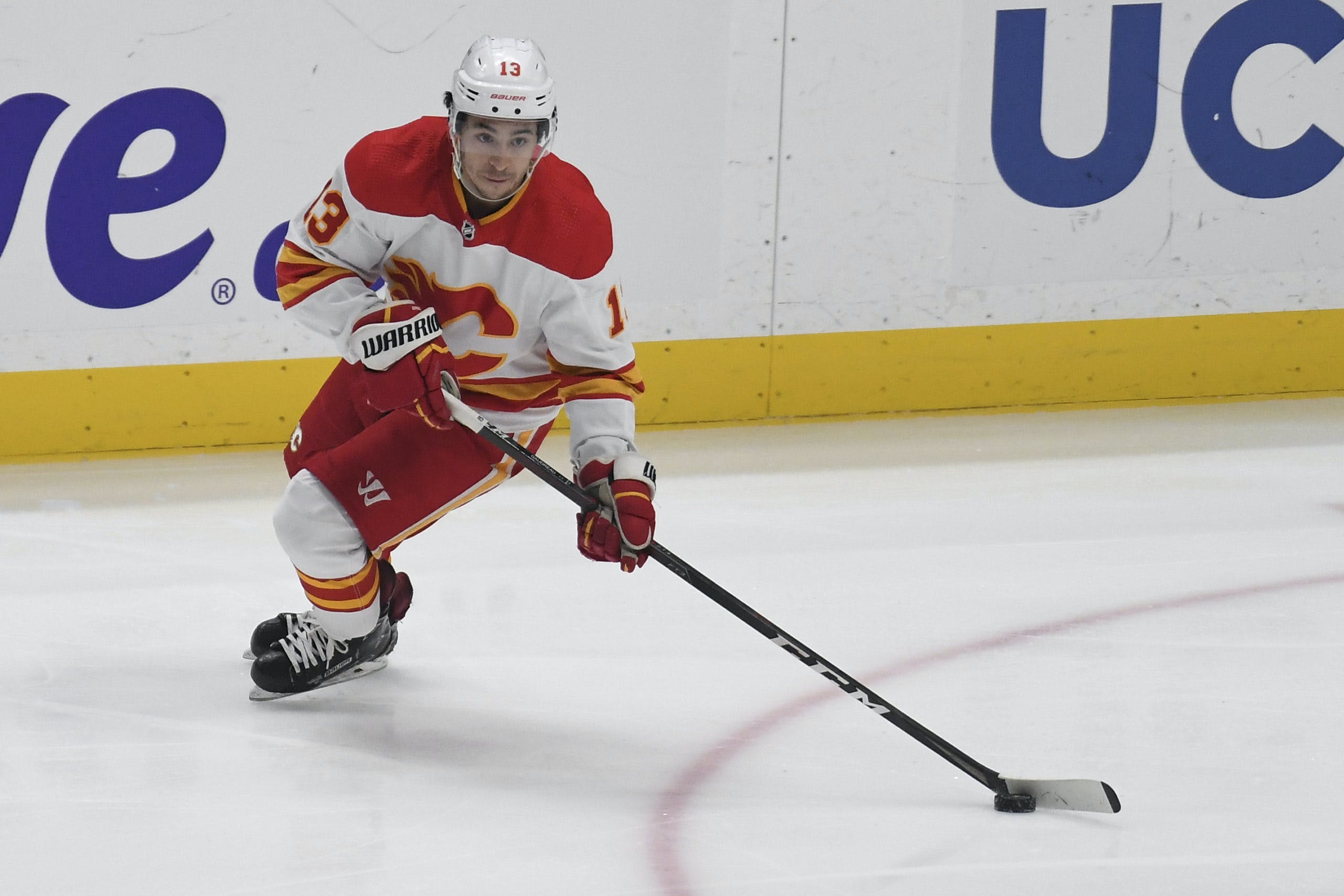 The 1978-79 season was the second-last season the Flames spent in Georgia, and was the best offensive season they had to that point. Bolstered by a really strong top line (alongside winger Eric Vail), Guy Chouinard and Bob MacMillan enjoyed breakout seasons and finished 6th and 5th in league scoring overall, respectively. Chouinard’s 50 goals set a franchise record for the time, while his even strength point output (81) remains a record.
New York Islanders great Bryan Trottier led the NHL in points with 134, narrowly edging out Los Angeles’ Marcel Dionne.
Points per game: 1.338 (Chouinard), 1.367 (MacMillan)
ES points per game: 1.013 (Chouinard), 1.000 (MacMillan)
How many games to hit 100: 75 (Chouinard), 68 (MacMillan)
Era-adjusted points (adjusting scoring to current goals-per-game levels): 90 (Chouinard), 91 (MacMillan)

In their first season in Calgary, the Flames were a big surprise and even ended up winning two playoff rounds, reaching the league semi-final round. A lot of their breakout was due to the offensive magic from “The Magic Man,” Kent Nilsson. Nilsson’s 131 points remain a Flames record, with his output bolstered by 53 power play points – Nilsson had a fairly pedestrian plus-14 rating despite his prodigious scoring pace.
Nilsson’s miraculous offensive season put him third in the NHL, behind Wayne Gretzky (164) and Dionne (135).
Points per game: 1.638
ES points per game: 0.975
How many games to hit 100: 64
Era-adjusted points: 101

Two seasons later, Nilsson returned to the 100 Point Club, this time with a less crazy power play point output. For context, Nilsson’s 104 point campaign coincided with Gretzky’s wacky 196 point season. Heck, Gretzky had more assists (125) than Nilsson had points. Nilsson’s output had him 10th in the NHL in points.
(Lanny McDonald had 66 goals in 1982-83, just missing the 100 point mark by two points.)
Points per game: 1.300
ES points per game: 0.800
How many games to hit 100: 78
Era-adjusted points: 84

It seems weird to think about, but Mullen was the leading scorer of the best team in Flames history. The 1989 team was a little bit less top-heavy offensively, as Mullen led his team in points by a margin of 25, but the whole team was good and was able to grind teams to a fine dust during the campaign.
Mullen’s 110 points had him 7th league-wide. Lemieux’s 199 points paced the league.
Points per game: 1.392
ES points per game: 0.861
How many games to hit 100: 74
Era-adjusted points: 91

The 1992-93 season was wacky offensively, with 21 players hitting 100 points throughout the league. It also was 84 games long, the most games scheduled by the league in history. (That eventually got clawed back.) Fleury had a Nilsson-like season, with 100 points and a plus-14 rating. He finished 20th in scoring league-wide, leading the Flames by 12 points over Robert Reichel.
Lemieux led the NHL with 160 points.
Points per game: 1.205
ES points per game: 0.762
How many games to hit 100: 82
Era-adjusted points: 81
Through 72 games, Gaudreau has 99 points (and 78 even strength points). He won’t be the fastest Flames player to hit 100 points – that’s Nilsson’s 64 games in 1980-81 – but his production and consistency, especially at even strength – stand up well against the franchise’s best single season performances.
In fact, he’s on pace to have the best even strength season in franchise history.