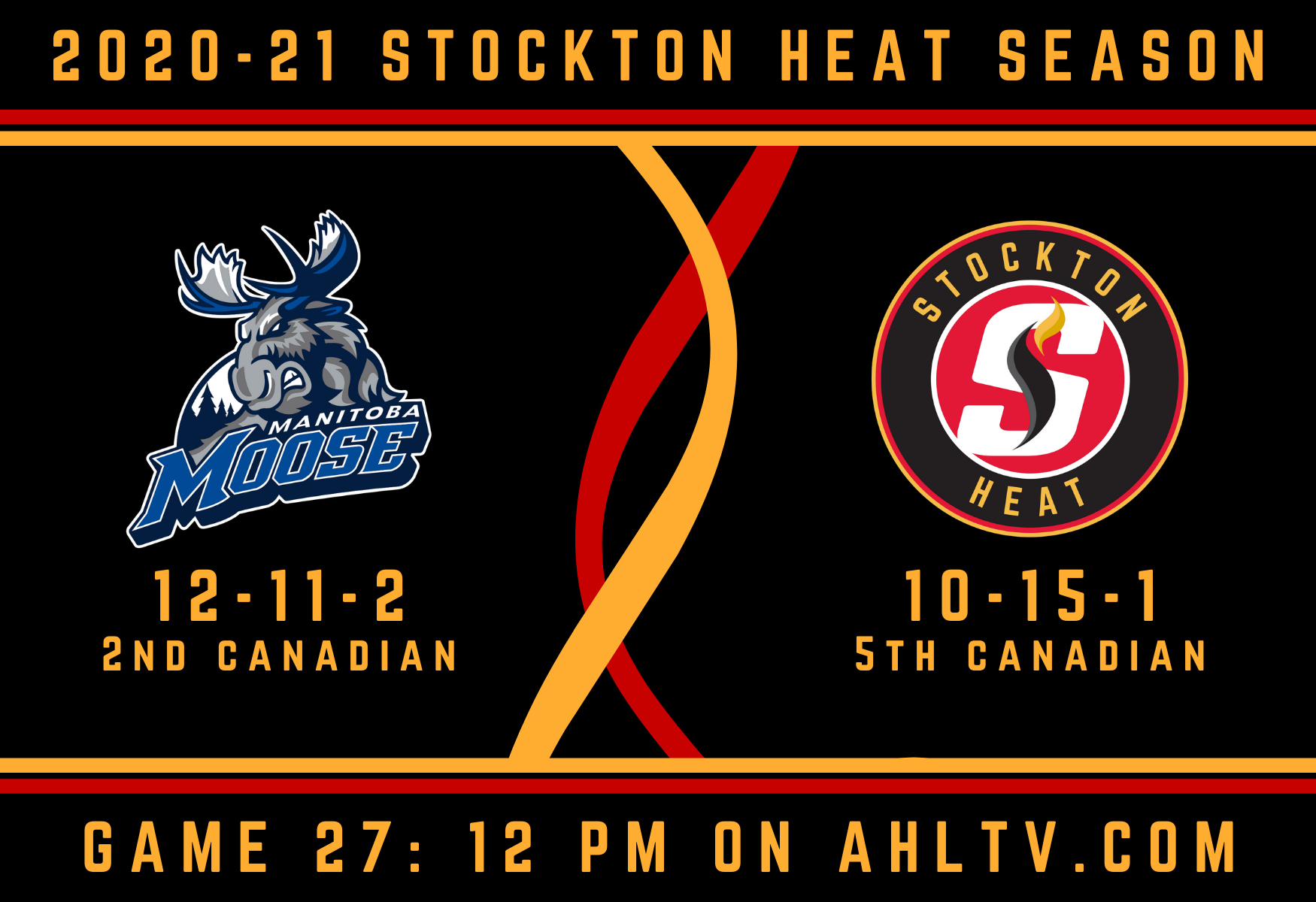 By Mike Gould
1 year ago
The Stockton Heat have lost four consecutive games. The Manitoba Moose have won four in a row.
Either both streaks continue on Saturday afternoon, or neither will. That outcome will be determined at 12:00 pm MT when the Heat and Moose meet for the second instalment of a five-game series.
Tyler Parsons and Walker Duehr both made their season debuts for the Heat in Thursday’s 5-2 loss to the Moose. Parsons made 20 saves on 25 shots in his first professional game since Mar. 6, 2020.
Matthew Phillips scored a goal on Thursday and moved into first place on the Heat with 20 points (eight goals, 12 assists) in 26 games. Glenn Gawdin also tallied for Stockton in the setback.
With Josh Leivo out of the Calgary Flames’ lineup due to COVID-19 protocols, it remains to be seen whether the NHL club will make any corresponding roster moves. If so, the Heat might see some changes to their lineup before Saturday’s contest.

Stockton — Walker Duehr. On Apr. 11, Duehr signed a two-year entry-level contract with the Flames. Despite the deal not taking effect until the 2021-22 season, Duehr reported to the Heat on an amateur try-out and made his season debut on Thursday.
Duehr received ample playing time on Stockton’s power play unit in the loss, being tasked to use his 6’3″ frame to create space for his teammates to operate. He spent the last four seasons playing for the Minnesota State Mavericks, including three as a teammate of current Heat defenseman Connor Mackey.
Manitoba — Nathan Todd. Where did this guy come from? Todd turns 26 in December and entered this season with just one AHL goal to his name in 27 contests split between three teams.
In 2016-17, Todd recorded just two points in 10 Ontario University Athletics (OUA) games with the Carleton Ravens. Just four seasons later, he’s leading the Manitoba Moose in scoring and looks to finally be in line to earn his first NHL contract.
Todd registered three assists in Manitoba’s 5-2 win over Stockton on Thursday.

This game will be broadcast on AHLTV.com (subscription required), with the opening puck-drop set for 12:00 pm MT. Live game updates can be found on Twitter at @miketgould or online at TheAHL.com.
Uncategorized
Recent articles from Mike Gould