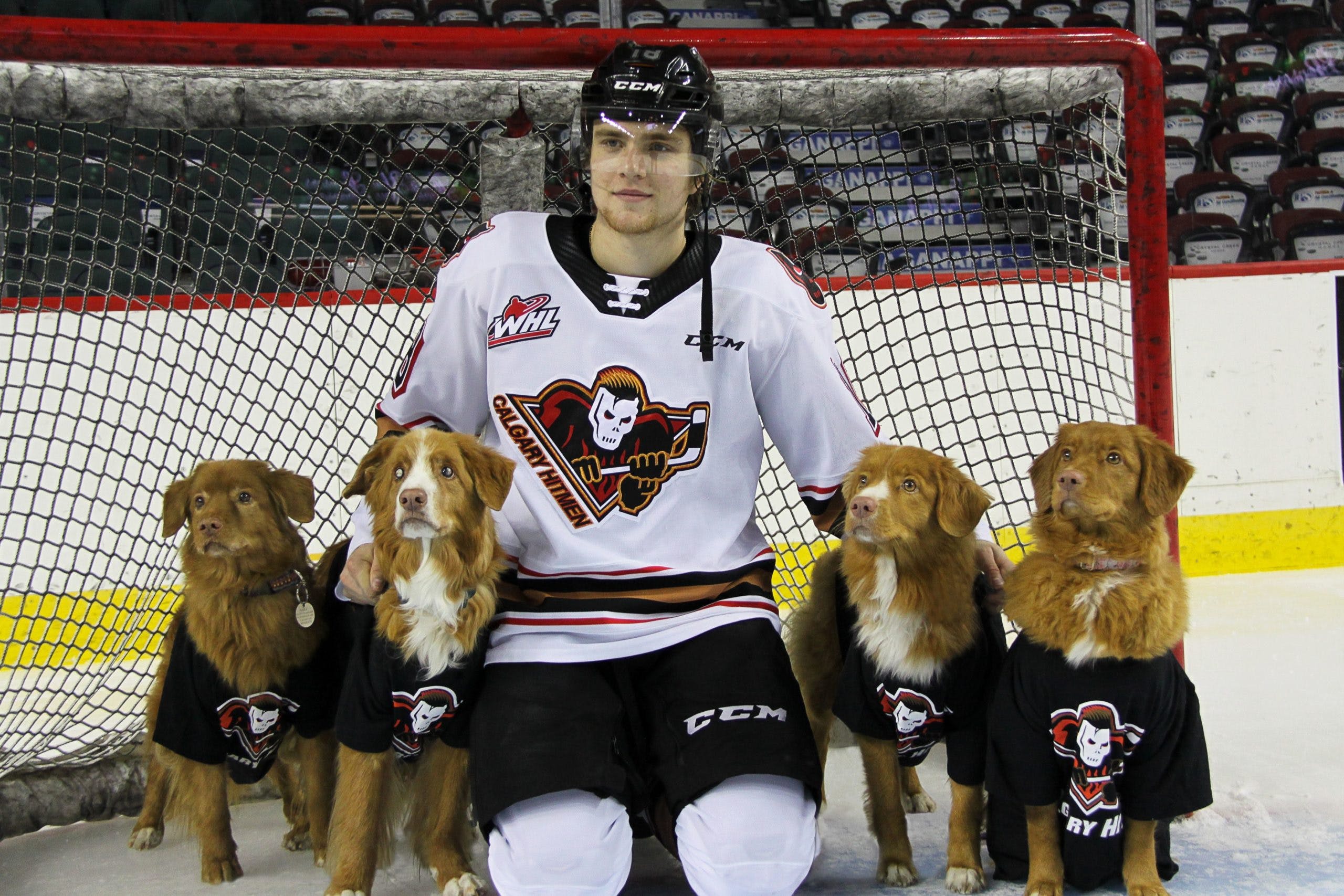 By Ryan Pike
1 year ago
There’s a pandemic going on. The National Hockey League, American Hockey League and Western Hockey League have received permission to run their seasons, albeit without fans and with really stringent cleanliness protocols. But with three teams slated to run out of the Scotiabank Saddledome, something had to give.
On Wednesday, the Calgary Hitmen announced that they’d be playing out of the Seven Chiefs Sportsplex on the Tsuut’ina Nation for the 2020-21 season.
The key to why this is such a good idea for all involved is the removal of variables. There’s a pandemic going on. The Flames operate the Saddledome, so their schedule has priority in that building. The Heat are the Flames’ farm team and the two player groups are, in a way, just one continuous group – the Flames and Heat can share players, after all, and the NHL and AHL protocols are stringent and consistent across the leagues.
If the Hitmen were going to stay in the Saddledome, they’d have to operate under similar protocols… which likely wasn’t seen as practical given the many variables usually involved with junior hockey.
From the release:

“We would like to thank Tsuut’ina Chief and Council in working with us to use their facilities and are excited and honored to call the state-of-the-art Seven Chiefs Sportsplex our home away from home for the next four months,” said Hitmen Vice President and Alternate Governor Mike Moore.  “To limit the number of close contacts for both our billet families and players alike, our players will be housed at the Grey Eagle Resort.   We are forever grateful for the understanding and support of our billets and fans through these challenging times and look forward to having them back at the Scotiabank Saddledome for the 2021/22 season.”

The Grey Eagle Resort is (a) located just north of the Seven Chiefs Sportsplex and (b) largely empty given the travel restrictions in place throughout Alberta and Canada. So this is a deal that works for everybody, simplifies things at the Saddledome somewhat, and makes it possible for the Hitmen to get a 24 game season in starting Mar. 5.
No fans will be in attendance for the games, but my suspicion is games will be broadcast on Sportsnet 960 The Fan and WHL Live.
Uncategorized
Recent articles from Ryan Pike