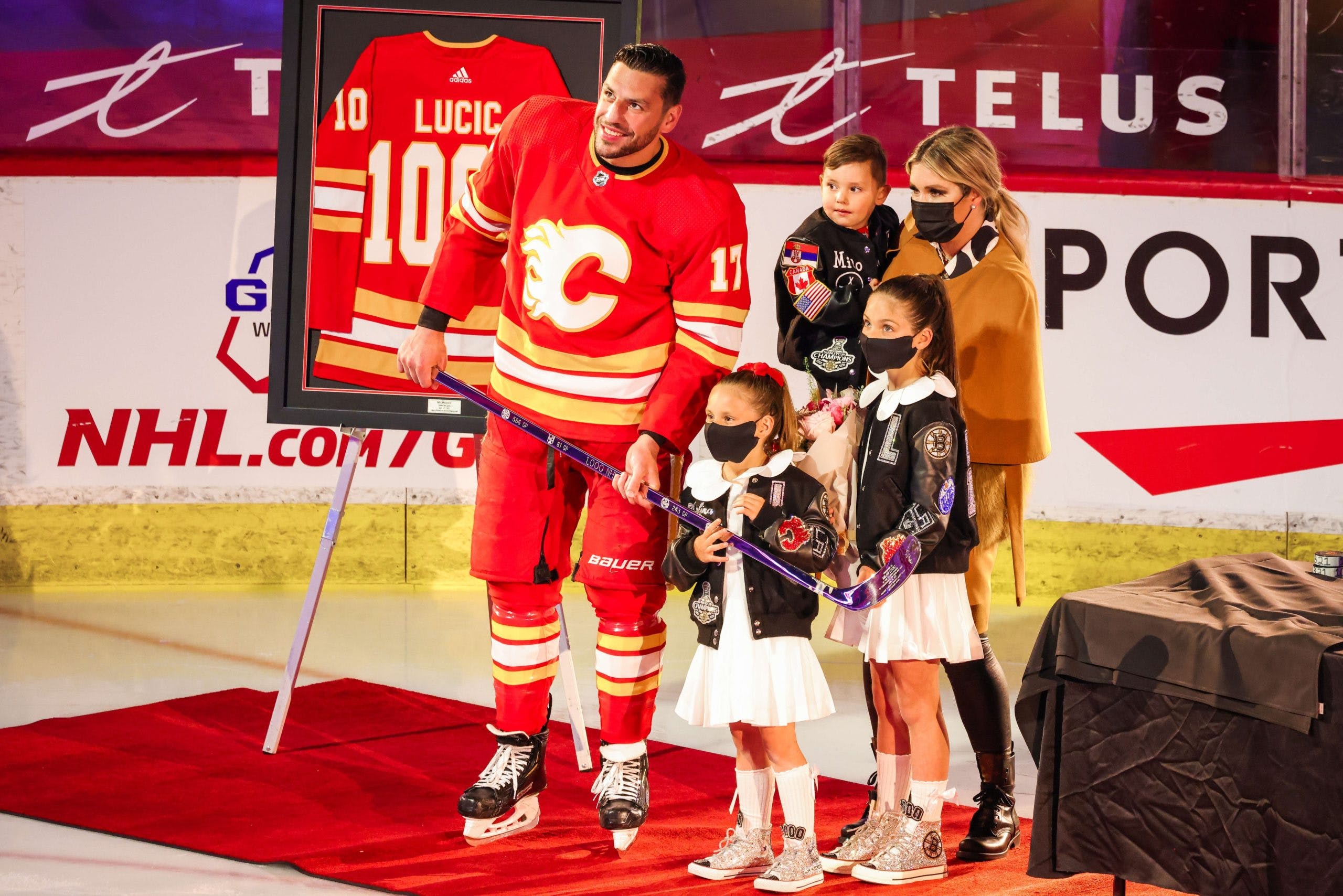 By Ryan Pike
1 year ago
The Calgary Flames celebrated Milan Lucic’s 1,000th NHL game with a ceremony before their game on Monday night. They followed that game up with an effort that was high on opportunities but low on execution. The Flames never had a lead in a 4-2 loss to the visiting Ottawa Senators.

The Flames pressed early but the Senators opened the scoring off a pair of rough turnovers from Juuso Valimaki. He coughed up the puck at the offensive blueline, but Mikael Backlund tracked down the puck carrier and stole the puck back. But Valimaki tried an outlet pass across the high slot that Brady Tkachuk stole and deposited behind Jacob Markstrom to make it 1-0 Ottawa.
But a minute and change later, the Flames got that one back off a real nice zone entry by Johnny Gaudreau and a nice pass to spring Elias Lindholm in front. His shot was stopped by Matt Murray, but the puck squirted through his legs and Lindholm poked in his own rebound to tie the game at 1-1.
Shots were 11-11 and scoring chances 9-8 Senators in the first period.
The second period was pretty even, but some gaffes by the Flames late in the period tilted things. On a Calgary power play, Dillon Dube and Noah Hanifin couldn’t connect on a pass. Connor Brown stole Hanifin’s attempted recovery pass and went in on a two-on-one with Nick Paul. Paul’s shot was stopped but Brown tucked in the rebound to make it 2-1 Ottawa.
Shots were 9-5 Flames and scoring chances 7-6 Flames in the second period.
The Flames had a gigantic chance to tie the game with a pair of power plays. They couldn’t connect. Ottawa drew a minor just after and they cashed in, as Josh Norris had tons of space to operate at the face-off circle and fired a puck over Markstrom’s shoulder short-side to make it 3-1 Ottawa.
Michael Stone cut the lead to 3-2 later on, as his point shot careened off Nikita Zaitsev’s skate and past Murray. But (Connor) Brown scored into a empty net to cement a 4-2 Senators win.
Shots were 8-4 Flames and scoring chances 4-0 Flames in the third period.

The Flames were generally pretty decent, but the devil remains in their details. They couldn’t execute on their chances and they made puck management gaffes at the wrong times.
And the Flames went 0-for-4 on the power play. Across all special teams situations, they were out-scored 2-0 off Ottawa’s shorthanded and power play goals. That’s enough to tilt the game right there.

Mangiapane had tons of shots on goal, so let’s give him the nod here.

The Flames are 1-18-1 when trailing after two periods.
Brett Ritchie fought Josh Brown in the first period.

The Flames (19-23-3) are off until Friday when they kick off a crucial back-to-back series with the Montreal Canadiens.
Uncategorized
Recent articles from Ryan Pike