Quotable: the Flames lose to the Oilers 7-3 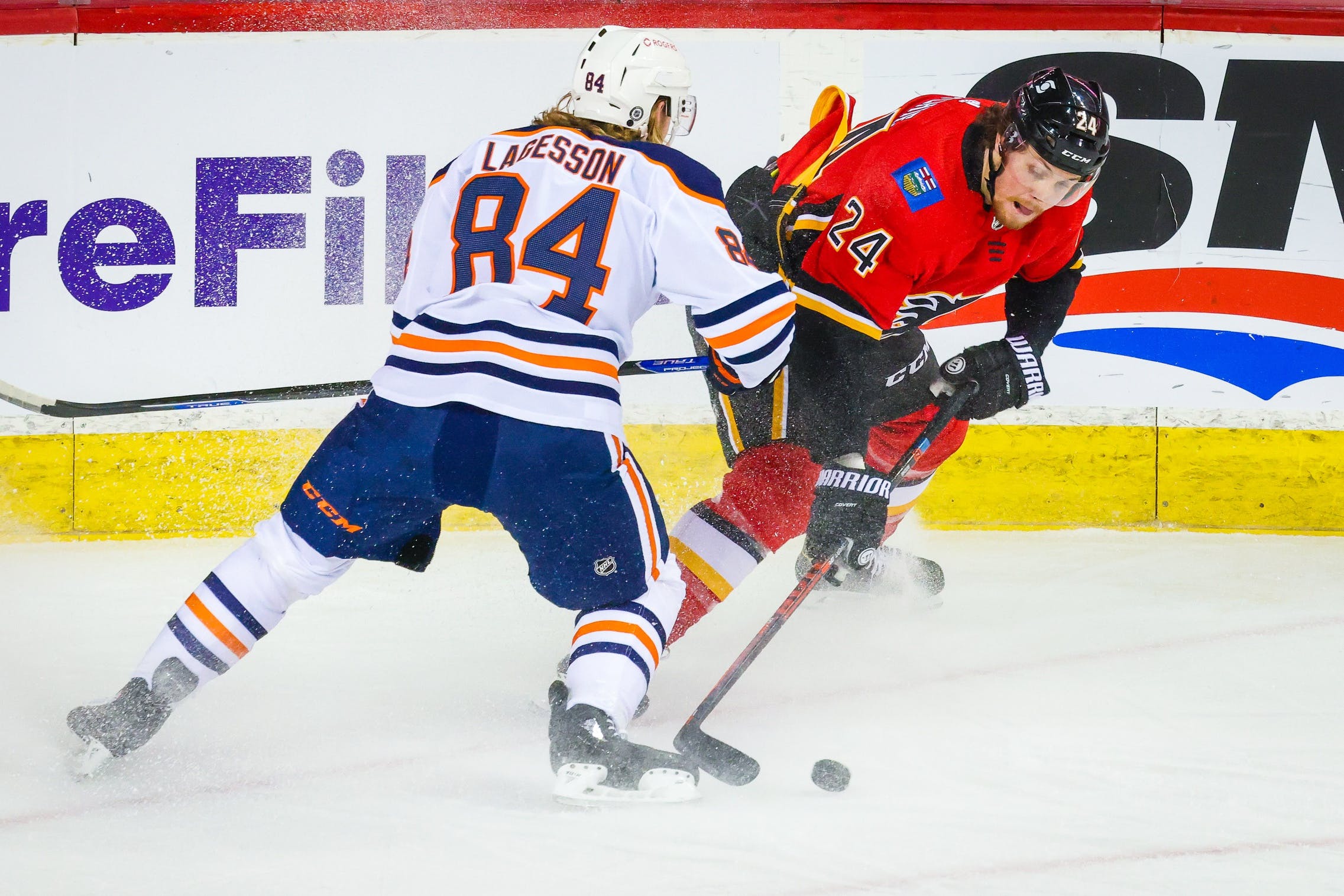 By Ryan Pike
1 year ago
After three strong games under new/old head coach Darryl Sutter, the Calgary Flames looked rather ordinary in Wednesday’s Battle of Alberta clash with the visiting Edmonton Oilers. The Flames never led during a 7-3 loss to Edmonton.
Here are some selected quotes from the post-game media addresses.

Markstrom allowed a season-high seven goals against. He wasn’t sure what went wrong for him on the night.

No, if I knew that I would’ve changed it during the game. It was a shit night by me. I feel bad. I feel terrible, obviously. They scored on every chance they got, pretty much… It’s my job to keep the puck out of the net and I didn’t do that.

Markstrom shared that he didn’t ask to be pulled, wanting to battle through the game. In his media address, Darryl Sutter noted he doesn’t like to pull goalies.

The Flames were out-scored 7-3 – 4-2 at even strength – after out-scoring their opposition by a combined 9-5 margin in their previous three games. Sutter reflected on the lessons to be learned from the setback.

I think it kind of follows up to what I said at the start when I came here. In this division, there’s way too much power in terms of offense and our team has to play a very, very strong checking game. And I think the lesson would be in the first period we weren’t good enough down low in our zone on the first goal. The next goal’s a power play goal on a penalty that you don’t have to take. And I thought in the second period we were back to where we wanted to go. In fact, I thought there were times where we sustained some pressure and played pretty well. So we lost the first period, tied the second. The bottom line is you have to win the third period and those two power plays – again, two power plays at the start of the period – make it a 5-1 game.

Well, obviously our penalty kill, they were three for four. If you look in the division… This is not a league thing when you look at all those numbers. You look at the division and there’s power plays operating at, what, over 30 percent. So, you know what, you take a lazy penalty, you’re gonna put yourself in trouble. We did it back to back to start the third, we did it in the first period, too. They’re unnecessary. A perfect player now takes zero penalties, plays hard, finishes checks and has zero penalty minutes. So, got some work to do there, too.