Ray Edwards remains an assistant coach for the 2020-21 season 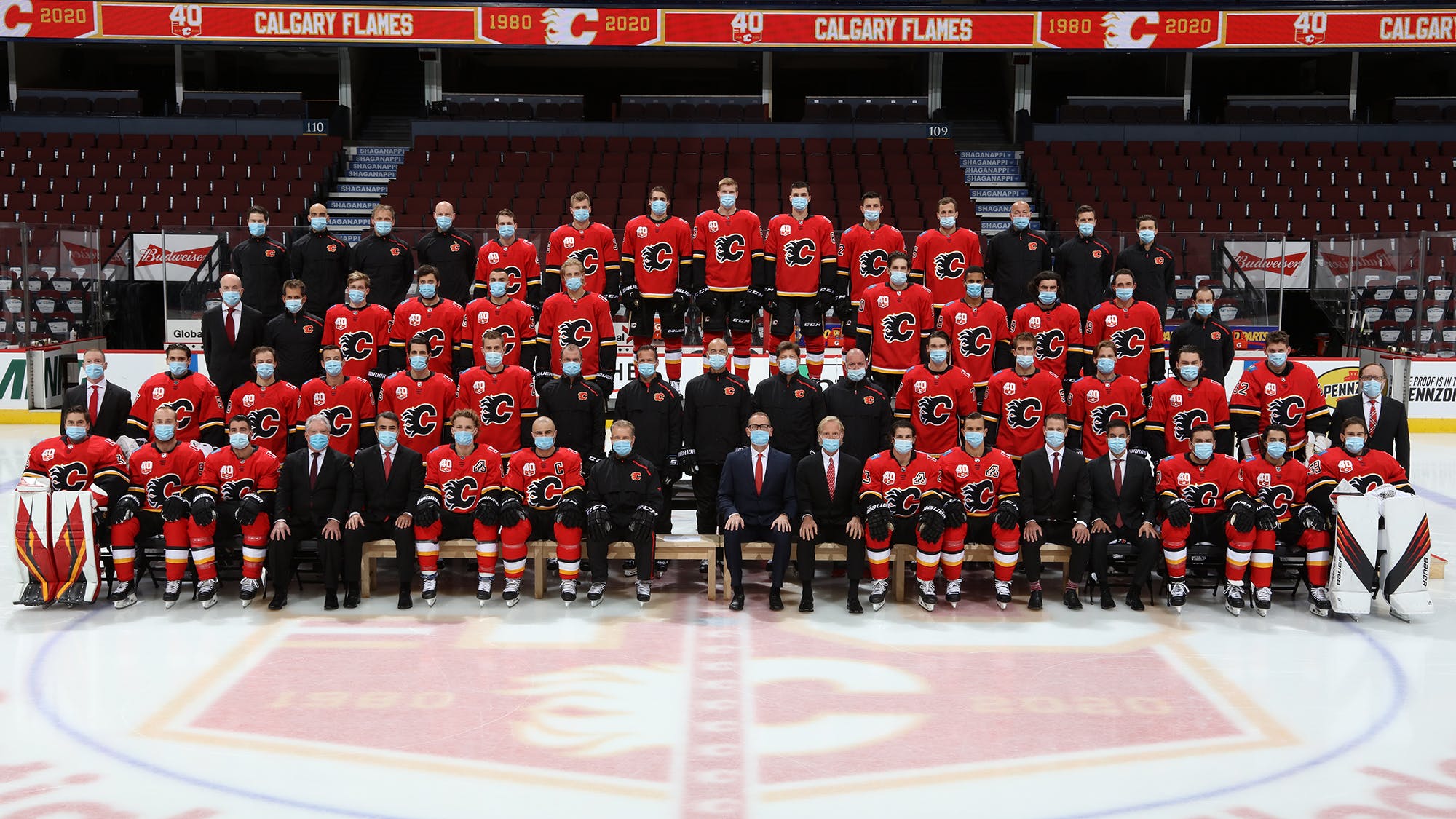 By Ryan Pike
1 year ago
As training camp begins, some news from the Calgary Flames. Ray Edwards will remain behind the bench as an assistant coach for the 2020-21 season, as noted by general manager Brad Treliving during Sunday’s media availability.
Edwards joined the coaching staff on an interim basis in late 2019 to fill Geoff Ward’s spot after Ward was named interim coach.
The full coaching staff for the 2020-21 Flames will be head coach Geoff Ward, assistant coaches Edwards (power play/forwards), Ryan Huska (penalty kill/defensemen), Martin Gelinas (eye in the sky) and Jamie Pringle (video), and goaltending coach Jason Labarbera.
From when Edwards joined the staff in early December (2019), the Flames’ power play converted on 25% of its man advantages – the fourth-best success rate in the league in that span. (They scored on 28.3% of advantages in the playoffs, third among the 24 playoff teams in that regard.) Treliving cited Edwards’ familiarity with the players and staff and the team’s PP success as reasons that Ward wanted him to stay in the role going forward.
Originally from Hanover, Ontario, Edwards played in the OHL with Sudbury, Guelph, Owen Sound and Belleville but didn’t get much NHL interest. He went pro in 1991 but never progressed past the ECHL, spending time with the Dayton Bombers, Birmingham Bulls and Huntington Blizzard before hanging up his skates following the 1998 season.
Hoping to find his way to the NHL in another avenue, Edwards transitioned to coaching. His final three seasons in the ECHL were spent as a player-coach (Reg Dunlop style) and he went to work moving his way up the ladder. He served as a head coach with the ECHL’s Huntington and Cincinnati Cyclones and the CHL’s San Angelo Saints and New Mexico Scorpions before catching on as an assistant with the AHL’s San Antonio Rampage in 2007. From there he moved up again, spending two seasons as San Antonio’s head coach and four as the Portland Pirates head coach before joining the Flames organization in player development in 2016.
For the curious, Edwards overlapped with Flames GM Brad Treliving in a few spots:
He also coached extensively against Ward during his time behind AHL benches.
Uncategorized
Recent articles from Ryan Pike