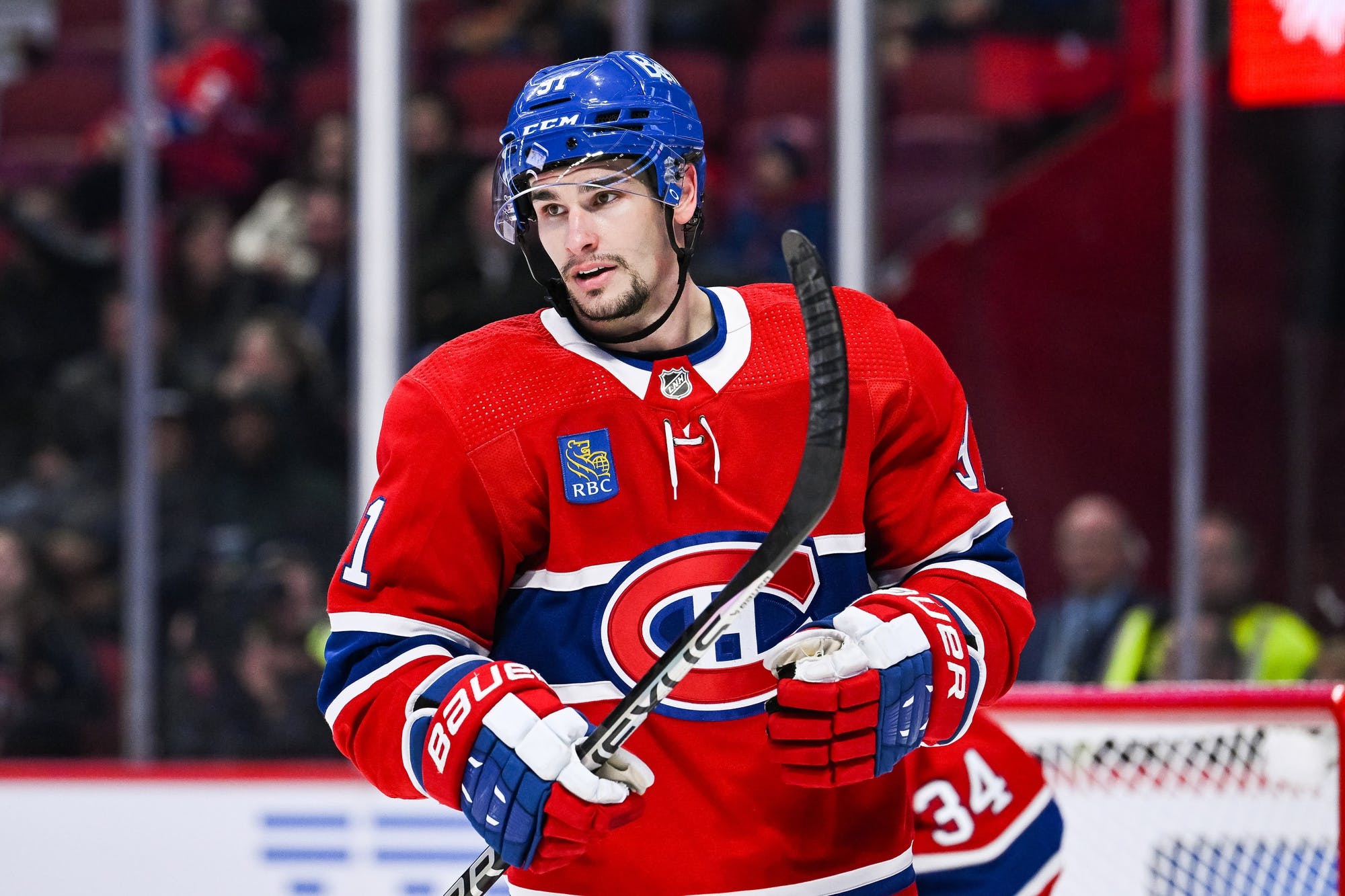 By Mike Gould
3 months ago
Sean Monahan is off to a great start with the Montreal Canadiens.
The 28-year-old forward has two goals and four points in his first six games with the Habs and has been a natural fit on the team’s top line with Nick Suzuki and Cole Caufield.
Reportedly pain-free for the first time in years after undergoing surgery on his right hip in April, Monahan looks like a reborn player in Montreal. It’s great to see.
The Canadiens will visit the Scotiabank Saddledome for the only time this regular season on December 1, a little over a month from now. It’s hard to say where the Canadiens — or the Calgary Flames, for that matter — will be in the standings by then.
But either way, one thing is for certain: Monahan deserves a standing O in his first game back in Calgary. A long one, too.
Over the years, Flames fans have developed a bit of a reputation as being booers. Drew Doughty, Zack Kassian, and even Brent Burns the other night have all been heavily booed by the Saddledome crowd.
But this phenomenon extends even more to returning Flames — including infamous draft picks Adam Fox and Tim Erixon, both of whom refused to sign in Calgary before ultimately landing in New York.
Dion Phaneuf always received significant boos when he returned to the Saddledome with Toronto, Ottawa, and L.A. Rene Bourque heard it a bit. Every year, it seems like the Saddledome crowd picks a new target.
You can debate the merits of booing these players. For my money, Fox absolutely had the right to pull the move he did to get to New York, but it was objectively funny when he had his goal taken back after giving it to the fans in his first game at the Saddledome. Fox embraced the heel aspect, it backfired, and the boos got louder. Simple as that.
But I’m going to put my foot down on this one: don’t boo Sean Monahan. He gave everything he had to this Flames team over nearly a decade. He was an outstanding player here for a very long time. And the only reason the Flames traded him was to free up space to make a significant upgrade at his position.
Nazem Kadri is the best centre the Flames have had in ages. He’s a force on the ice who darts around at lightning speed and creates a ton of dangerous plays. Right now, he’s the Flames’ top player by a mile.
Kadri has been a strong player since the early goings of his time in Toronto and he’s only gotten better over the years. He was the player the Flames needed to add this summer to solidify their status as a Stanley Cup contender.
Right now, Kadri looks even better than Monahan did at his very best — and that’s no small feat. There’s a reason why No. 91 Flames jerseys are suddenly extremely difficult to come by. Kadri is a star player.
Monahan was stuck on the Flames’ third or fourth line for most of last season. The Flames are a team with championship aspirations and Monahan simply wouldn’t be one of their top two centres.
But the thing is, Monahan is a skilled player. He’s not a fourth-line mucker. Right now, he might not be the ideal candidate to play top-six minutes on a division leader, but he’s still someone with a top-six skillset who is adapting his game with an eye toward extending his career.
The Flames parted with a first-round pick to move Monahan and sign Kadri long-term. Right now, that looks well worth it. But the Canadiens might also be able to flip Monahan for another pick — or, potentially, turn the pending UFA forward into a longer-term player for the club.
Best of all, both Monahan and Kadri are in situations right now where they can thrive. They’re both easy to root for and it’s great to see them succeed. And that’s what makes this game fun to follow.
Editorials
Recent articles from Mike Gould