The Flames can still reach 100 points, but need to take advantage of their schedule 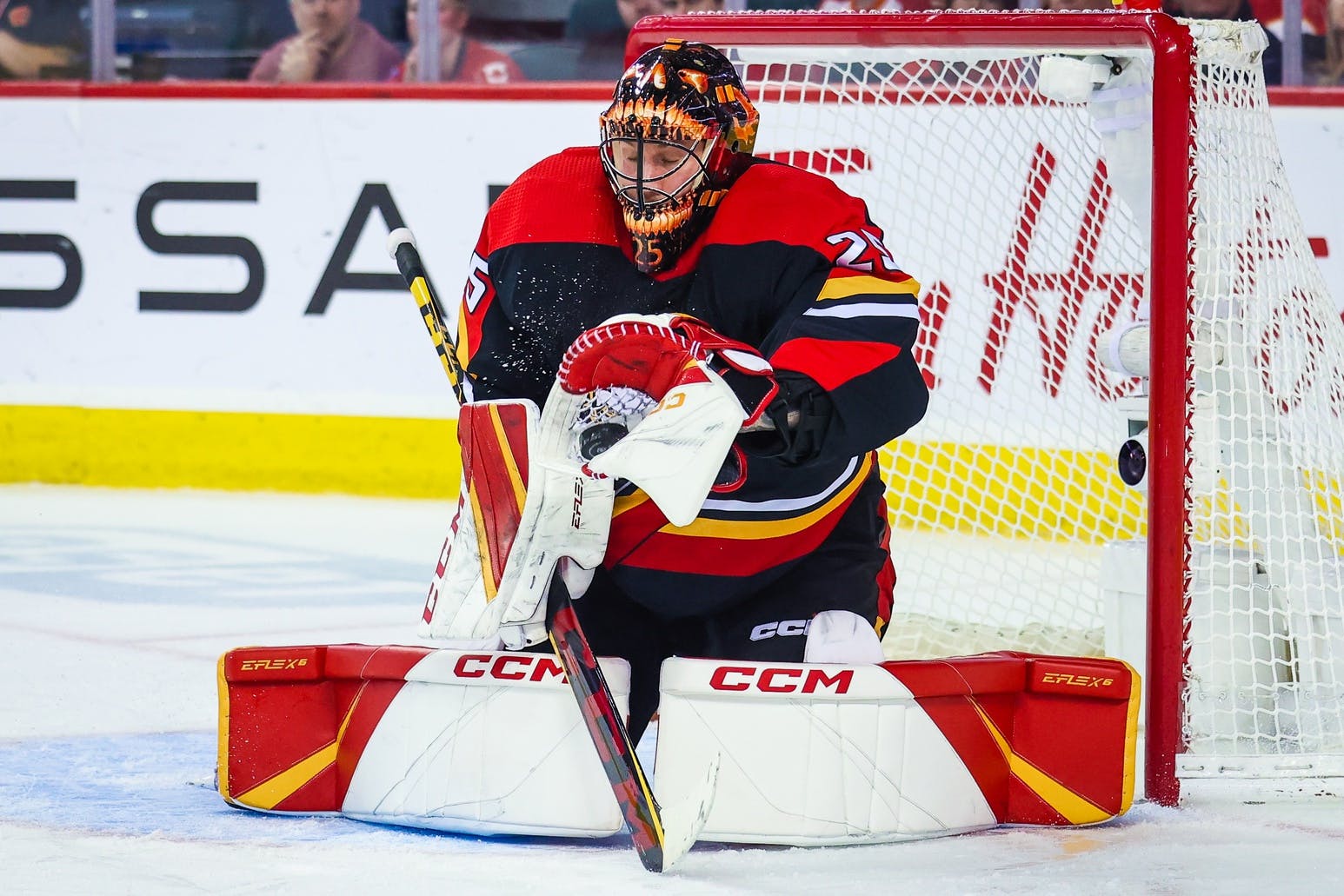 By Ryan Pike
1 month ago
Based upon history and standings projections, it’ll probably take 100 points to grab a playoff spot in the Pacific Division. If you’re the Calgary Flames, and want to avoid a wildcard spot and “eight days wasted,” that’s likely the goal.
The Flames haven’t exactly set the world on fire – pardon the pun – over their first 30 games, but right now, the path to 100 points is pretty attainable if they can take advantage of a favourable remaining schedule.
Through 30 games, the Flames have a 13-11-6 record and 32 points. By points percentage (.533), they’re fifth in the Pacific Division. By points, they’re also fifth in the Pacific Division. They’re 11 points behind Vegas – they’ll be tough to chase down – but only three points behind second-place Seattle.
To reach 100 points, the Flames would need to get 68 points in their remaining 52 games, or go roughly .654 from here on out. That’s a 34-18-0 record. That sounds pretty doable, especially when you consider their remaining schedule.
The schedule helps them in two ways:
Over at Tankathon, they have the Flames ranked – by far – as the NHL club with the easiest remaining schedule. That is to say: they’ve already played most of their games against the NHL’s toughest teams, and the worst of their travel is behind them. They still have to beat the “easier” teams they have left to play, but the schedule should help.
Additionally, the Flames have 20 games left against teams in their own division. Let’s repeat that: of 52 remaining games, 20 are against divisional opponents: four each against Anaheim and San Jose, three each against Los Angeles, Vancouver and Vegas, two against Seattle, and one against Edmonton. These are the proverbial “four point games,” contests that could help the Flames chase down the teams they need to catch (and pass) to cement themselves in a divisional playoff spot.
Have the Flames played their best hockey they’re capable of playing yet? Probably not, no. We’ve seen flashes of that, but they arguably have yet to put together a full, consistent 60-minute example of what we probably expected to see out of them this season. The clock is obviously ticking for them to put the various elements of their game together into one cohesive, consistent package, but they’re right in the playoff mix right now and they have a really favourable schedule between the strength of their remaining opposition and how heavily the games skew towards divisional foes.
The Flames are definitely not where they want to be right now. But they’re not amazingly far off, and if they can finally get the pieces of their game to snap into place, they could go on a bit of a run.
But, again: the clock is ticking.
Editorials
Recent articles from Ryan Pike