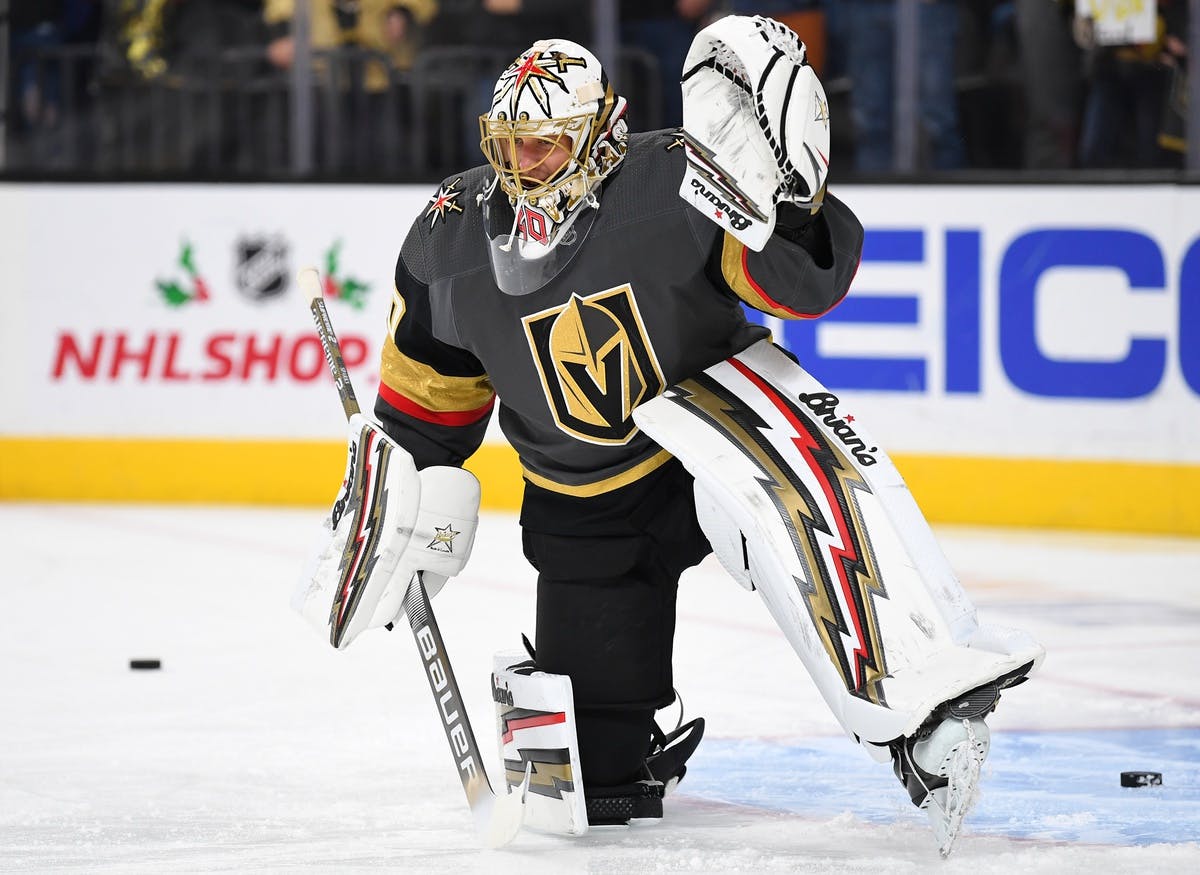 By Ryan Pike
1 year ago
In advance of their season beginning in just over a week, the Stockton Heat have added a quartet of players – and assigned one to the ECHL.
The club has signed goaltender Garret Sparks and forward Giorgio Estephan to AHL deals, and signed goaltender Hayden Lavigne and forward Taylor Beck to try-out agreements. Estephan has been assigned to the ECHL’s Kansas City Mavericks.
Sparks, 27, attended Flames camp on a PTO back in January and so it’s not shocking to see him in camp. Much like the NHL club, the Heat will likely carry three goalies, and it seems that Sparks will be the third wheel to Artyom Zagidulin and Dustin Wolf – until Wolf is sent to Everett for WHL camp. Sparks projects to be a pretty useful AHL backup at this point in his career.
Estephan, 24, is a WHL product who was with Kansas City and opened the season with 20 points in his first 19 games. He was junior teammates with Glenn Gawdin on the WHL championship Swift Current team in 2017-18, but the former Sabres prospect hasn’t really lit it up in the AHL yet. But hey, he’s a right shot forward who projects as AHL depth down the line.
Lavigne, 24, is a University of Michigan graduate and a beneficiary of the Heat’s seeming desire for three goalies. Wolf is headed to the Dub fairly soon, so Lavigne gets recruited from the ECHL’s Wichita Thunder to ride shotgun for awhile. He’s a first year pro and was a reliable, if unspectacular, collegiate goalie.
Beck, 30, is an AHL veteran on his way in likely to give an older voice to the Heat locker room. Stockton’s roster includes eight first-year North American pros (Greg Moro, Colton Poolman, Noah King, Carl-Joan Lerby, Koletrane Wilson, Emilio Pettersen, Connor Zary and Dmitry Zavgorodniy) and a bunch of second-year pros, so bringing in someone with hundreds of AHL games under his belt seems like a smart, low-cost move that could help with player development.
The Heat open their season on Feb. 21 in Calgary.
Uncategorized
Recent articles from Ryan Pike