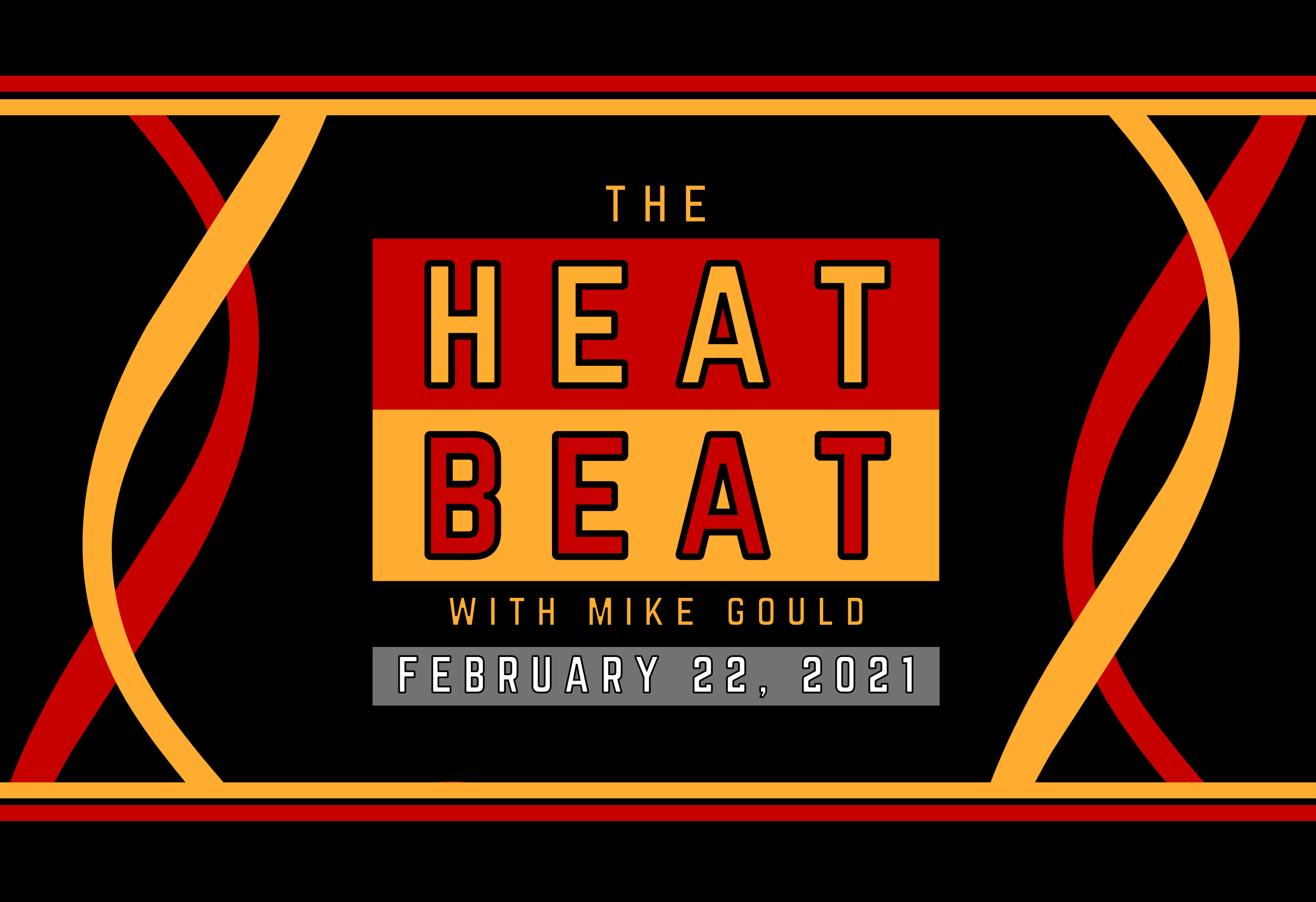 By Mike Gould
1 year ago
Matthew Phillips had a very productive 2019-20 season with the Stockton Heat, recording 33 points in 38 games.
Scratch below the surface, and you’ll find that his campaign could have become something even greater.
Phillips recorded 30 points (14 goals and 16 assists) in his first 28 contests to begin his sophomore effort in the AHL. He looked well on his way towards categorically surpassing his output (13 goals and 25 assists) from the 65 games he played in his rookie year.
The Flames rewarded Phillips with his first NHL recall on Dec. 9, 2019, giving him a three-day pay rise despite a lack of big-league game action. Upon his return to Stockton, the AHL had recognized Phillips’ white-hot start with an invitation to its annual All-Star Classic.
Phillips never played in that game, nor did he ever return to the Flames’ roster in 2019-20. On Dec. 29, 2019, in a game against the Bakersfield Condors, the shifty winger took a tumble into the boards and ended up fracturing his left patella.
The injury derailed Phillips’ season. He returned to Stockton’s lineup nearly two months later and finished the season with just three points in 10 contests. On Mar. 10, 2020, the Heat played their final game of the season before the COVID-19 shutdown; Phillips was held off the scoreboard and went minus-three in a 7-4 loss to the San Jose Barracuda.
Now, nearly a year later, the Heat are back—and so is the old Matthew Phillips. Stockton’s #11 had an outstanding season debut against the Marlies on Sunday, skating alongside Adam Ruzicka and Emilio Pettersen on the team’s top line.
Despite the Heat losing by a 7-1 decision, Phillips’ line almost always controlled play when it hit the ice and a large portion of that impact came directly from the Calgary product at right wing. Phillips was one of the fastest skaters in the game and used his vision to made some incredible plays with the puck.
Phillips is an extremely fun player to watch. He constantly keeps his legs in motion and looks prepared to change directions on a dime at any moment. On Sunday, he even shut down the Marlies’ offensive attack with well-placed sticks on multiple occasions.
The Marlies managed to keep Phillips off the scoresheet on Sunday, not because of a lack of effort on the part of the forward but more due to a stellar performance by Toronto goaltender Andrew D’Agostini.
“We were all excited and more than ready to get into a game,” said Phillips after the loss. “I thought I kind of got my touches going a little better as the game went on, and that’s kind of to be expected.
“I think we came out really strong,” Phillips added. The Heat recorded the first seven shots in Sunday’s game. “For a first game like that, that’s kind of all you can ask for is the effort level to be high.”
Heat coach Cail MacLean emphasized in the post-game press conference that there is “absolutely not” a way to replace the quality of game competition that his players have missed over the last year. Phillips, in particular, has now played just 11 games of professional hockey since New Years’ Day 2020, averaging less than a game-per-month.
“There’s no substitute for games,” said MacLean. “They haven’t played in nearly a year, and it’s also, in [some] cases, their first pro games. Add all those things up—I talked about being patient going into this game, and I still believe that.”
While the Heat may be patient in looking for wins, their parent team in Calgary is nearly a third of the way through its season and desperately needs a spark. Phillips’ encouraging performance on Sunday suggests that he could be the guy who can alter the direction of the Flames’ season, as Andrew Mangiapane helped to do with the big club down the stretch in 2018-19.

Heat coach Cail MacLean, on whether the quality of Wolf’s effort in his professional debut matched his underwhelming stat line (five goals allowed on 11 shots):

“I don’t think so. I think Dustin—you know, he played hard. I didn’t think he had much luck tonight. There was a little bit of a bad bounce—a couple bad bounces early. And there’s also some he wants back, I know that for sure. But, at the same time, it wasn’t his night, it wasn’t our night in that respect in terms of the goals finding the back of our net. Dustin’s worked really hard, he’s got great habits in practice, we’d like to see him get off to a better start but he’s got the reinforcement of all that work and that attention to detail that’s going to allow him to be able to bounce back, and despite having a rough start there, I think he’ll be just fine.”

MacLean, on how his team’s penalty-killing (0-for-2) and power play (1-for-2 while allowing a shorthanded goal) units performed on Sunday:

“We want to keep that momentum going on the power play. We know that Toronto is very aggressive on their penalty-kill and I thought we did a good job of making sure that we can try to capitalize on that. Nice rush goal there [by Luke Philp]. And at the same time—so, keep that momentum going. On the penalty-kill, we got unlucky with a bounce off a skate early, and then the second goal, I need to see that again. I think we need to make some adjustments on that one. But, special teams are obviously so crucial that we’re going to dig into those on both sides. You know, full trust in our assistant coaches [Domenic Pittis and Joe Cirella] handling both areas and I think that we’ll want to carry that power play momentum and we’ll want to try to stem the tide here on the PK.”

Heat forward Matthew Phillips, on how the Heat’s first-year professionals should look to rebound after a difficult season-opening loss:

“I actually said to the guys, my first game two years ago, we lost 8-1, so, we’re already a step better. You know, it’s gonna come. It’s a different game. I think, as the team learned tonight, sometimes in pro hockey, it’s not necessarily how hard you work, you need to work really smart as well. I think, tonight, the shots that we did give up, a lot of them were high-danger, high-quality. When that happens, you’re kind of playing with fire. I mean, for those few guys, and a lot of the newcomers, it’ll come as we go and we haven’t been playing a lot of games at all, so I think our effort was there, for sure.”

Phillips, on playing alongside centre Adam Ruzicka after Glenn Gawdin’s promotion to the Flames:

“I see a lot of similarities between Adam and [Gawdin]. They’re both pretty big bodies and reliable and you can count on them to kind of dig the pucks out of the corners and be in the right positions. I think, as far as that goes, things change a lot in the AHL and you need to be flexible and able to play with a lot of different players. [Ruzicka] is a great player and hopefully, next game, we just get a couple to go in.”

Heat forward Connor Zary, on making his AHL debut and playing in his first game since representing Canada at the 2020 World Juniors:

“I think my legs felt good, the pace felt good. I think just getting my brain and my head back into the game was something to kind of work on and then dial it in throughout the game. But I think things kind of came to me, I know it’s only been a month and a half [since the World Juniors] but I think when you lose those reps of real live-action it’ll take a period or two to get into it. I think I felt a lot better as the third came and I think it’s something to build off moving forward.”

Zary, on his comfort level in the AHL and his play on the Marlies’ opening goal:

“I think I definitely felt comfortable. It makes it a lot easier when you come in to a team and everyone makes you feel welcome and comfortable. Over the last month and a half, I think everyone’s done such a good job for the guys coming in, making them feel comfortable and making them feel at home. I think, out on the ice, I felt good, and obviously that first goal was totally on me, I tried to make a play to the middle when I should have just put it up the wall and bumped it by. I think just little things like that, just clean up the details, clean up my habits, and it’ll make for a lot better game. But yeah, I definitely felt comfortable out there and, like you said, it’s something to build on.”