The hidden benefit of the 2021 trade deadline 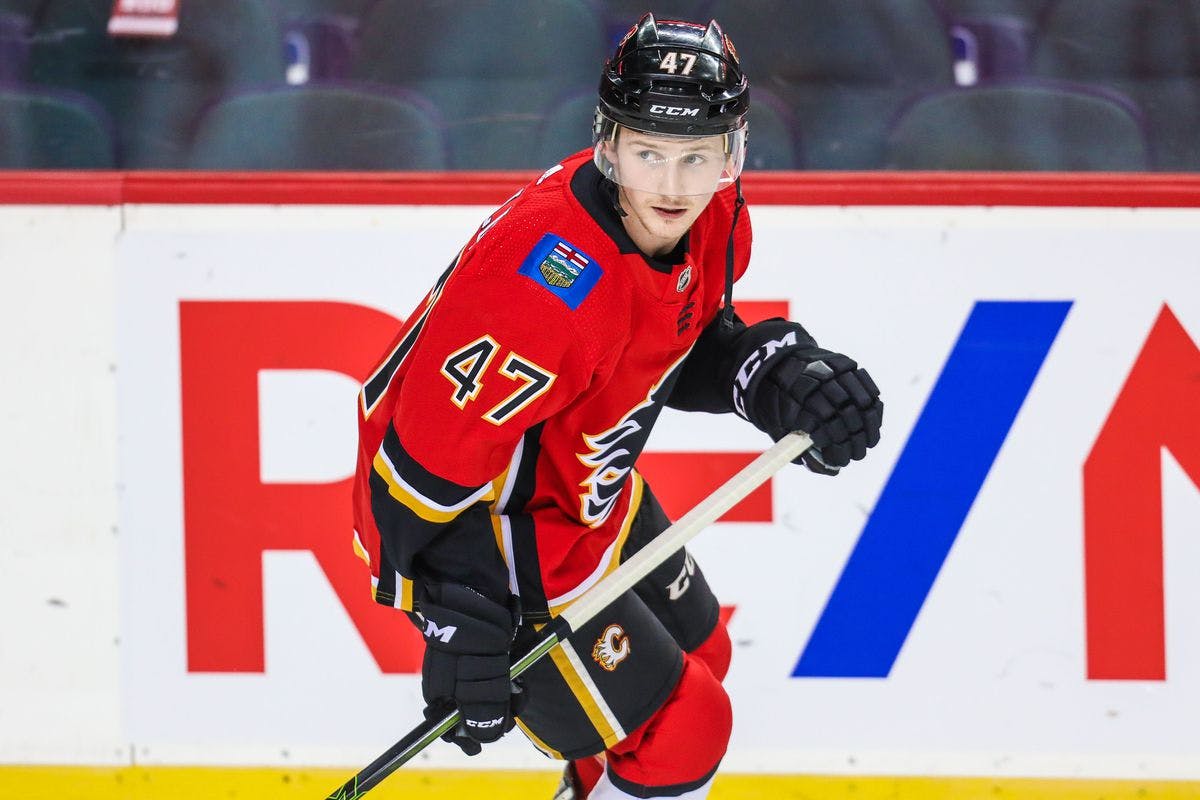 By Pat Steinberg
1 year ago
The main benefit of selling off players on expiring contacts at this year’s trade deadline is simple: additional picks and/or prospects in the system. It also allows something else to happen, which might be just as important in the immediacy for frustrated Flames fans. By moving roster players out, it clears space in the lineup for some of Calgary’s top prospects to finish the season in the NHL.

Everything I’m led to believe suggests the Flames will actively try to move out their pending UFAs prior to Monday’s deadline. How successful they’ll be is another question, though. The market is quiet for Calgary right now, but we also know things change in a heartbeat at deadline time. So for sake of this conversation, let’s operate under the assumption they’ll be able to make a move or two.
The potential candidates to walk through that open door would be interesting. Leading that list are AHL Stockton standouts like Adam Ruzicka, Matthew Phillips, Luke Philp, Glenn Gawdin and Connor Mackey.
The scenarios for any one of these players to pop into the lineup are easy to see. If the Flames are able to trade Derek Ryan, there’s an instant opening for Ruzicka or Gawdin. If Sam Bennett gets moved before Monday afternoon, a shot for Phillips or Philp is there for the taking. Personally, I’d love to see Phillips get a shot on a line with Mikael Backlund, for instance.
As for Mackey, I know we’ve already seen him in the NHL this season, but that doesn’t mean he hasn’t earned another look. Mackey has played huge minutes on Stockton’s top pairing all season and is tied for second in scoring amongst AHL defensemen. He also leads all AHL rookie blueliners with 14 points. From Heat head coach Cail MacLean to our own Mike Gould, Mackey is getting rave reviews.
There’s one additional thing to consider: the NHL’s pesky post-deadline four recall rule. It’s a factor for sure, but not nearly as limiting as you’d think. If Calgary starts shutting down players with nagging injuries, there are plenty of ways to finagle players into the lineup using emergency recalls.
Unfortunately, a late season audition for recent first round picks Connor Zary and/or Jakob Pelletier is not in the cards. Zary’s WHL season in Kamloops doesn’t end until May 12th, while Pelletier is headed to the delayed QMJHL playoffs with Val-d’Or.

Something to look forward to 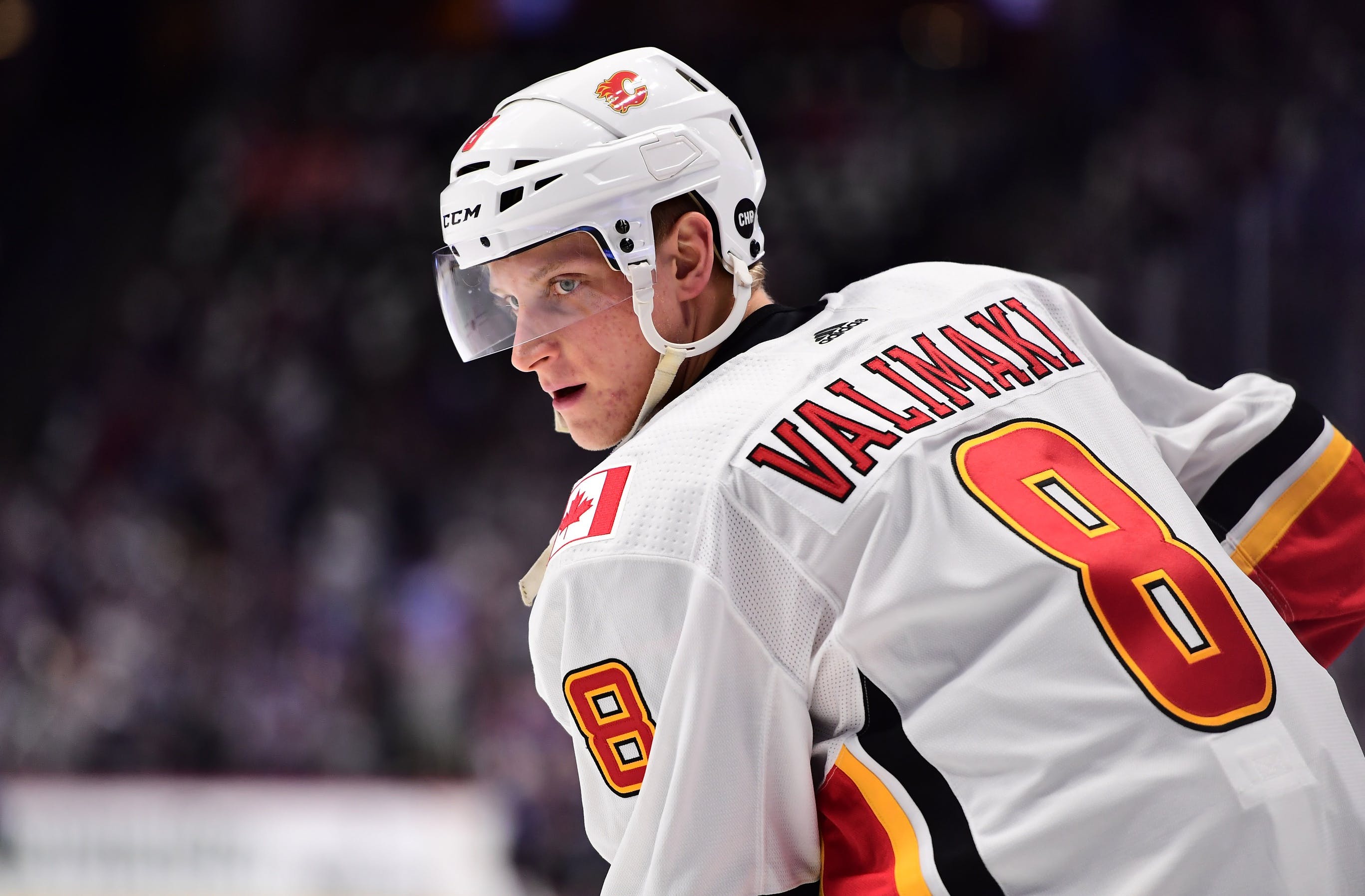 Whether it be via pre-deadline deals, shutting players down due to injury, or simply through lineup decisions, Calgary will have the ability to infuse different bodies down the stretch. Doing so serves a couple different purposes, too.
There’s the obvious hockey perspective, with management and coaches able to evaluate future pieces in live, meaningful action. For most of the players in question, an NHL audition late in the season would also serve as a reward and a push in the right direction heading into the off-season.
But it’s also an important message to send to a fed up group of fans. Look…Flames fans are used to disappointment. But in the midst of a pandemic and in the absence of being able to attend games, fans need something to get excited about here. Seeing Phillips or Mackey for a decent run might not bring every single casual fan back to the television. But it sure would pique the interest of many hardcore, frustrated followers.
There are a lot of ways to do it. Maybe it means giving Juuso Valimaki an elevated role after frequently sitting him as a healthy scratch the last couple weeks. Perhaps it’s a bigger opportunity for rarely-used Oliver Kylington. Or it could be allowing a handful of promising prospects to walk through an open door between now and the end of the season.
Regardless, the easiest way to make any of this happen is to move out a few bodies at this year’s deadline. We’ll see how successful the Flames end up being at accomplishing that goal.
Uncategorized
Recent articles from Pat Steinberg