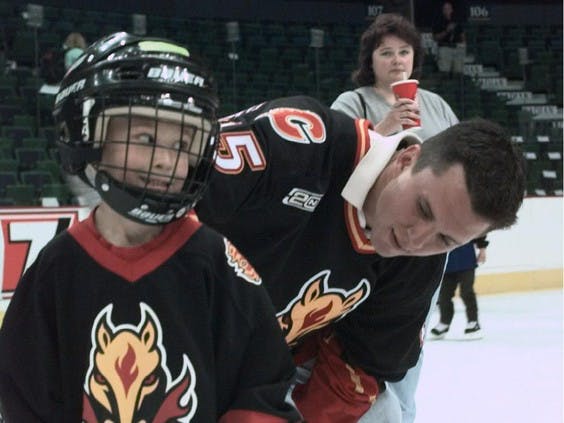 By Zach Laing
1 year ago
Welcome back to another edition of Throwback Thursday!
This week in 1998, the Calgary Flames signed a little known undrafted forward named Martin St. Louis.
St. Louis, then 22, was playing for the Cleveland Lumberjacks of the IHL where he had scored 16 goals and 50 points in 56 games. St. Louis then joined the AHL’s St. John’s Flames, where he put up 26 points in 25 games, helping earn a shot with the big club the following year.
But over those next two seasons, St. Louis bounced between the NHL and AHL. He did, however, score 16 points in 69 games with the Flames over that time. When Calgary opted to not re-sign him, the Tampa Bay Lightning swooped in and St. Louis flourished.
He scored 40 points in 78 games in his first season there, and went on to be one of the best players in the league all the way through his final season in 2014-15.
Over the course of his 16-year NHL career, St. Louis scored 1033 points in 1134 games with the aforementioned two teams, and the New York Rangers, with whom he played the final two years of his career with.
Zach Laing is the Nation Network’s news director and senior columnist. He can be followed on Twitter at @zjlaing, or reached by email at zach@oilersnation.com.
Uncategorized
Recent articles from Zach Laing