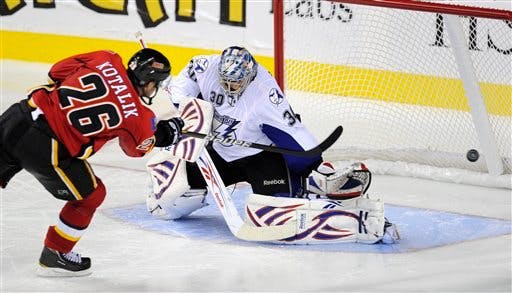 By Zach Laing
1 year ago
Welcome back to another edition of Throwback Thursday!
This week in 2010 (Feb. 2), the Calgary Flames traded Olli Jokinen and Brandon Prust to the New York Rangers in exchange for Ales Kotalik and Chris Higgins.
For Kotalik, it marked the beginning of the end of his career as he would only spend two seasons in Calgary, playing 52 games scoring 11 points, before he ultimately retired from the NHL and returned to play in Europe.
Higgins, meanwhile, spent all of 12 games with the Flames before walking to free agency that offseason.
While the Flames had moved on from Jokinen, he would later return the following offseason. In total, he spent four seasons in Calgary scoring 165 points in 236 games.
Lastly, Prust only lasted 43 games in Calgary that year scoring five points before leaving in free agency.
Zach Laing is the Nation Network’s news director and senior columnist. He can be followed on Twitter at @zjlaing, or reached by email at zach@oilersnation.com.