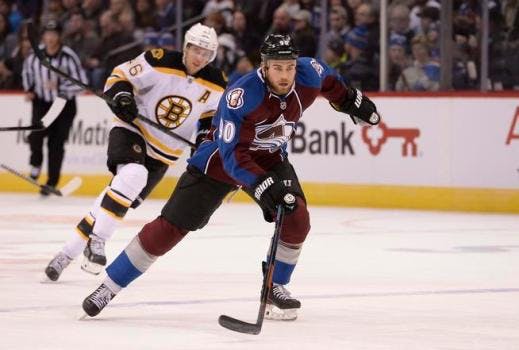 By Zach Laing
1 year ago
Welcome back to another edition of Throwback Thursday!
This week in 2013, the Calgary Flames signed Ryan O’Reilly to a two-year, $10-million offer sheet. While Colorado matched the offer sheet later in the day, if they hadn’t O’Reilly would’ve needed to clear waivers.
That’s all because O’Reilly, while unsigned, spent part of the lockout playing in the KHL where he appeared in two games, both after the NHL was back underway.
The Flames, and the NHL, missed this detail and it wasn’t highlighted until days later. Then it was discovered if the Avalanche chose to not match the offer sheet, the Flames would’ve sacrificed a first and third round draft picks, all the while O’Reilly would’ve surely been picked up off the waiver wire.
Losing the draft capital would’ve been horrible, doubly so considering the Flames used their sixth overall pick that year to draft Sean Monahan.
Zach Laing is the Nation Network’s news director and senior columnist. He can be followed on Twitter at @zjlaing, or reached by email at zach@oilersnation.com.
Uncategorized
Recent articles from Zach Laing