Tkachuk on Campbell controversy: ‘That’s just a classic thing to try to accuse me of there.’ 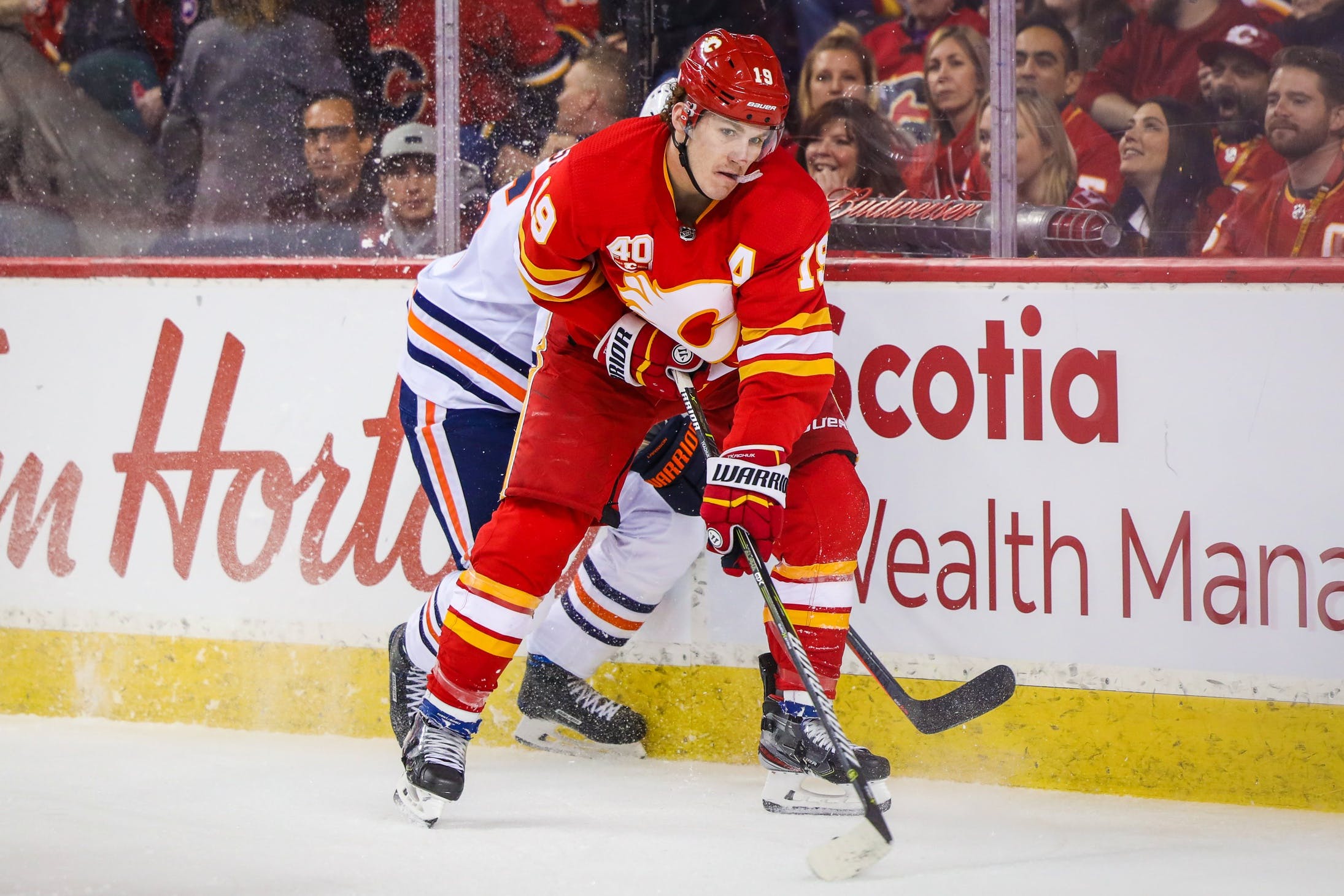 By Ryan Pike
2 years ago
Late in the third period of Calgary’s 3-2 loss to Toronto on Sunday afternoon, Flames alternate captain Matthew Tkachuk fell on top of Maple Leafs goaltender Jack Campbell. Campbell was slow to get up but stayed in the game, no penalty was assessed, and the Leafs held on for the win.
But controversy erupted following the game regarding Tkachuk’s conduct on the play. Primarily, from those who felt Tkachuk landed on the goaltender on purpose.
Here’s how Tkachuk explained the situation:

It was just a battle in front. I actually thought my tip went in. A 6-on-5 situation, just bang away at the puck and I live in that crease area throughout the games. I was just digging for the puck, I was battling with Brodes a little bit there, guys were coming in. I just got knocked over. I obviously didn’t [have] intention of falling into him or anything. It’s just a complete, a classic thing to try to accuse me of there. Just trying to battle for the puck, find the loose puck and try to pot home the game-tying goal. Unfortunately it didn’t happen.

Based on the lack of any such announcements from the NHL’s Department of Player Safety, no supplemental discipline will be forthcoming for the incident.
The Flames and Leafs meet again on Tuesday night at the Saddledome. Puck drop is just after 7 p.m. MT.
Uncategorized
Recent articles from Ryan Pike