This weekend against Montreal is the Flames’ Waterloo series 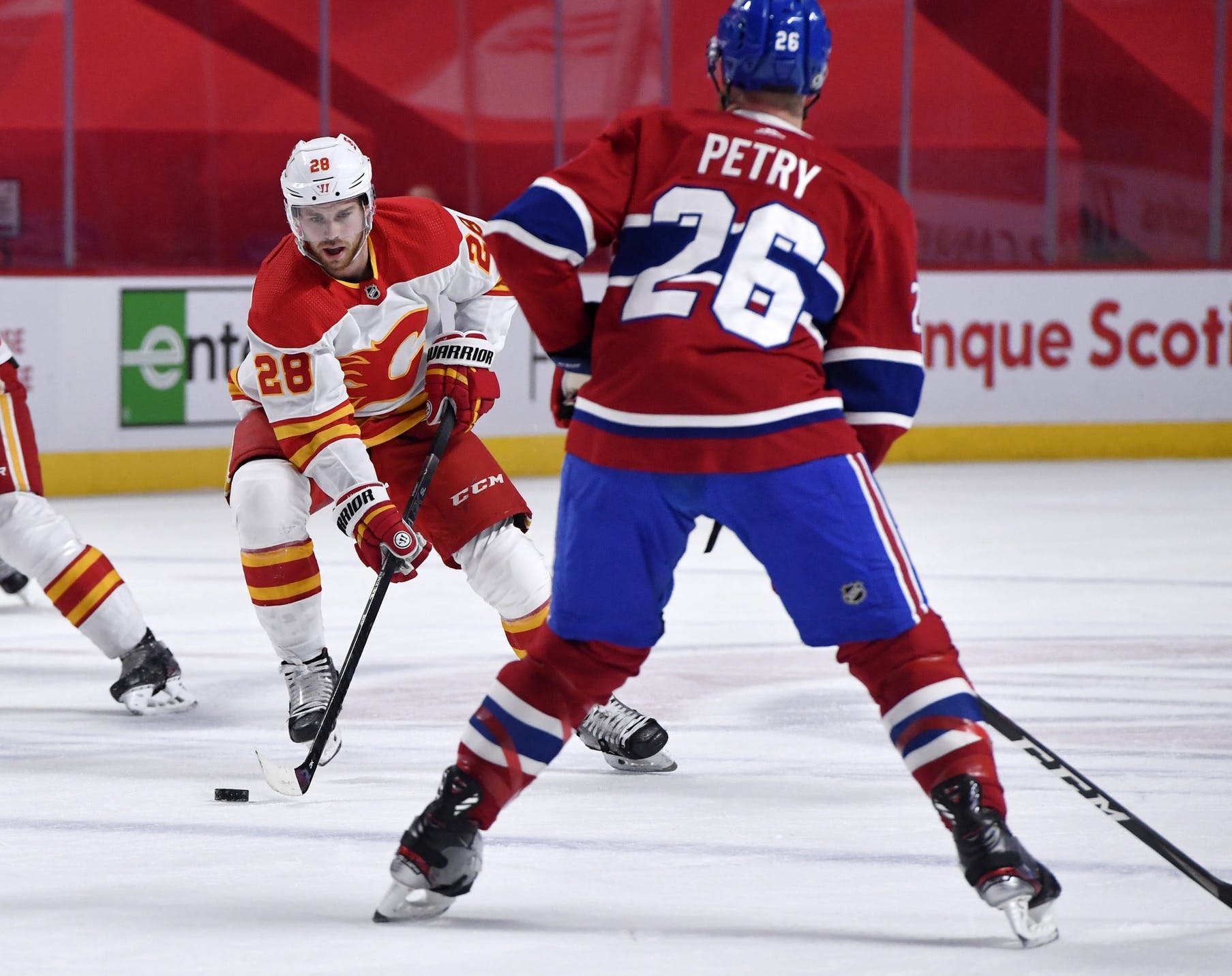 By Ryan Pike
1 year ago
Back in June 1815, Napoleon Bonaparte and his armies suffered a resounding defeated at Waterloo, currently part of Belgium. Napoleon had returned from exile a few months prior and had become intent on returning to power, leading to the eventual climatic battle at Waterloo with the Seventh Coalition and ultimately Napoleon’s defeat.
Since then, “meeting one’s Waterloo” has become synonymous with facing a great test with a final and decisive outcome. This weekend’s series of three games in four nights with the Montreal Canadiens represents the Flames meeting their Waterloo for the 2020-21 season.

The Flames play Montreal on Friday night at 7 p.m. MT, on Saturday night at 5 p.m. MT, and on Monday night at 4:30 p.m. (Monday’s game is at a weird time because there’s an Edmonton/Winnipeg game at 7.)
The Flames can make their lives easier or much harder with decisive outcomes in one direction or the other.
The Flames could also split the three games with Montreal in some way, but to be quite honest, any outcome that sees Montreal get more than two points (and reduce Calgary’s tragic number by more than 1) would be a disaster. The Flames need to reel the Habs in, and this series is their best (and perhaps last) opportunity to do so.

The classic ABBA song “Waterloo,” which was the winning entry in the EuroVision song contest in 1974, has a line that notes “The history book on the shelf, always repeating itself.”
That’s been true for the Flames who historically, akin to Sideshow Bob stepping on a series of rakes in the 1993 Simpsons episode “Cape Fare,” have found ways to make their own playoff lives more difficult by losing key games at the wrong time. In this era of the club, they’ve won precisely one climatic regular season game – Game 81 in 2015 against the Los Angeles Kings, a dramatic 3-1 win that eliminated the Kings and clinched a playoff spot.
Aside from 2015’s “Find A Way Flames,” these Flames have found ways to lose at key times. Well, these three games are a key time. Running the table may not necessarily get them into the playoffs – they still need to do more – but it would go a long way towards dispelling notions that this club can’t win key games when the stakes are highest.
One way or the other, we’re going to find out what these Flames are truly made of.
Uncategorized
Recent articles from Ryan Pike