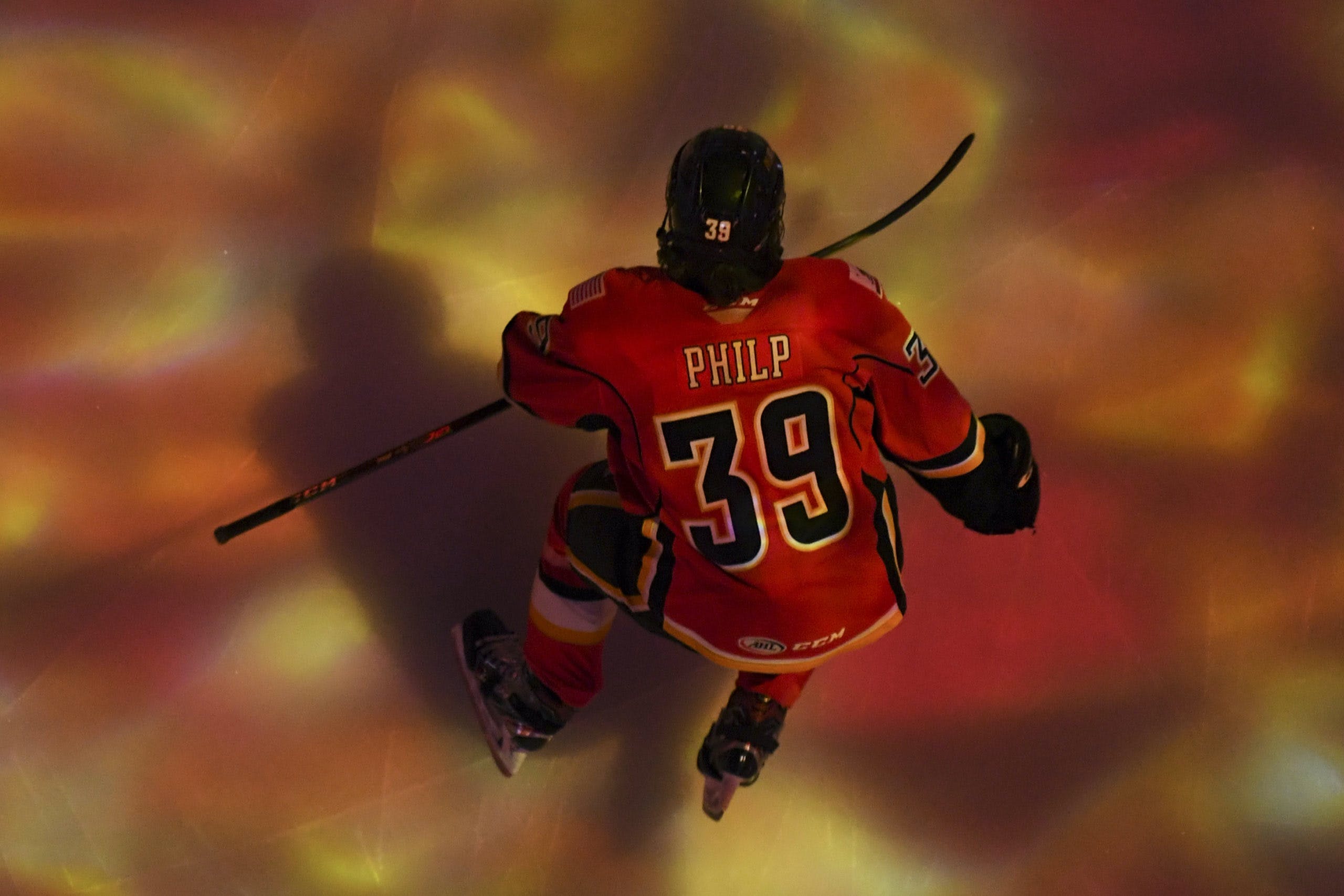 Photo credit: Candice Ward/Stockton Heat
By Ryan Pike
8 months ago
Comments
Ahead of the American Hockey League’s Board of Governors meeting this week, Tony Androckitis of Inside AHL Hockey is reporting that the Calgary Flames’ top affiliate, the Stockton Heat, may be on the move for the 2022-23 season and be playing the upcoming season in the Calgary area.

NEWS: @InsideAHLHockey has learned, per AHL sources, expectation is Calgary Flames will relocate their AHL franchise from Stockton & move it closer to home for 2022-23

Here’s a snippet from his full report:

The smoke has been building for quite some time, and multiple sources have reached out to Inside AHL Hockey over the past few weeks indicating the expectation is the Calgary Flames will be relocating their American Hockey League (AHL) affiliate from Stockton and moving it into Canada – and into the Calgary area, specifically – for the 2022-23 season.

The Heat have been playing in Stockton on a one year lease after their initial five-year lease expired following the 2019-20 season. (The 2020-21 lease was apparently shifted to 2021-22 when the Heat had to play the 2020-21 season out of the Saddledome due to immigration and border issues related to the COVID-19 pandemic.) Prior to the pandemic, the Heat were drawing around 2,700 fans per game.
The Flames organization has been negotiating a longer-term deal with the City of Stockton for awhile, at least two years, but have yet to hammer out a resolution. Per previous media reports, the challenges for the Heat at Stockton Arena are multiple: they’re secondary tenants (behind the NBA G-League’s Stockton Kings), the amenities aren’t entirely modern compared to other AHL buildings, and the travel for Flames’ call-ups was a bit onerous. Based on these factors, one could surmise that the Flames didn’t love the rent the City of Stockton was proposing for upcoming seasons.
Advertisement
Ad
Advertisement
Ad

But with Abbotsford working for the Canucks, Canada has become a viable option for AHL West.

If the Heat do land in the Calgary area and presuming they don’t share the Saddledome with the Flames, Hitmen and Roughnecks, there are only a few places they could really end up:
If these three buildings aren’t used, then we’re really starting to stretch the definition of “Calgary area.”
Since bringing back their AHL affiliate in 2005, the Flames have moved their affiliate a ton, with Stockton being the longest the franchise has stayed in one place. They’ve also played in Omaha, Nebraska (2005-07), Moline, Illinois (2007-09, “Quad City”), Abbotsford, British Columbia (2009-14) and Glens Falls, New York (2014-15, “Adirondack”).
We’ll have more on this story as it develops.