Calgary Flames 2021 year in review: the year of three coaches 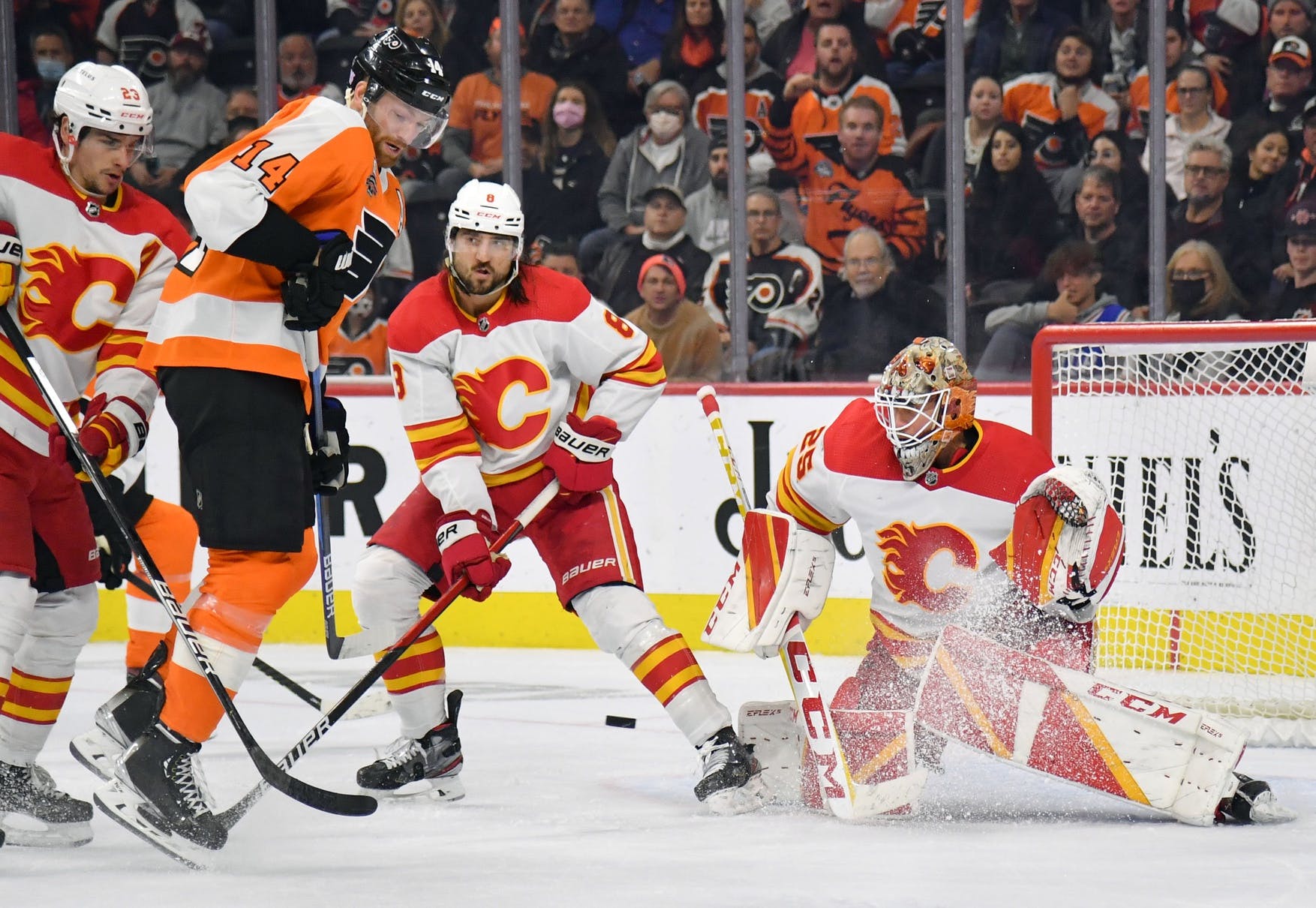 By Ryan Pike
11 months ago
Happy New Year!
The Calgary Flames begin their 2022 playing schedule on Sunday in Chicago, but they played 85 games in the 2021 calendar year – a byproduct of the 56-game compressed 2020-21 season and the first chunk of the 2021-22 season.
Here are some highlights!
The Flames posted a 42-34-9 record, good for a .547 points percentage. In both points and points percentage, they were 17th in the NHL. The team actually had three coaches in 2021, as Ryan Huska briefly served as interim coach while Darryl Sutter was quarantining before joining the Flames after being hired to replace Geoff Ward on Mar. 4. (He debuted behind the bench on Mar. 11.)
The Flames were a streaky team throughout 2021, but they tended to win two, lose two (or win three, lose three). They only had a handful of lengthy winning and losing skids: they had three four game losing streaks, along with a four game winning streak and a six game winning streak. They became much more consistent once Sutter arrived.
In goal, Jacob Markström went 33-25-7 with 8 shutouts, a 2.45 goals against average and .913 save percentage. His eight shutouts tied Marc-Andre Fleury for the NHL’s lead. His other statistics put him in the top third of the NHL’s starting netminder group.
Up front, Andrew Mangiapane led the Flames with 36 goals. He tied with Max Pacioretty for 15th in the league, though Pacioretty played fewer games. Mangiapane was also tied with Aleksander Barkov at 14th in the NHL with 26 even strength goals. He went from a well-kept secret league-wide to somebody finally starting to get some recognition for his scoring excellence.
Johnny Gaudreau also had a strong 2021. He had 31 goals, tied for 28th in the league. He had 51 assists, tied for 24th in the league. He had 82 points, tied for 16th in the league. His 57 even strength points were tied for 18th and his 25 power play points were tied for 28th. He was just, flat-out, good.
Matthew Tkachuk’s 10 power play goals tied for 22nd in the league.
Seven players dressed for all 85 Flames games in 2021: Milan Lucic, Chris Tanev, Gaudreau, Elias Lindholm, Mangiapane, Rasmus Andersson and Tkachuk.
Uncategorized
Recent articles from Ryan Pike