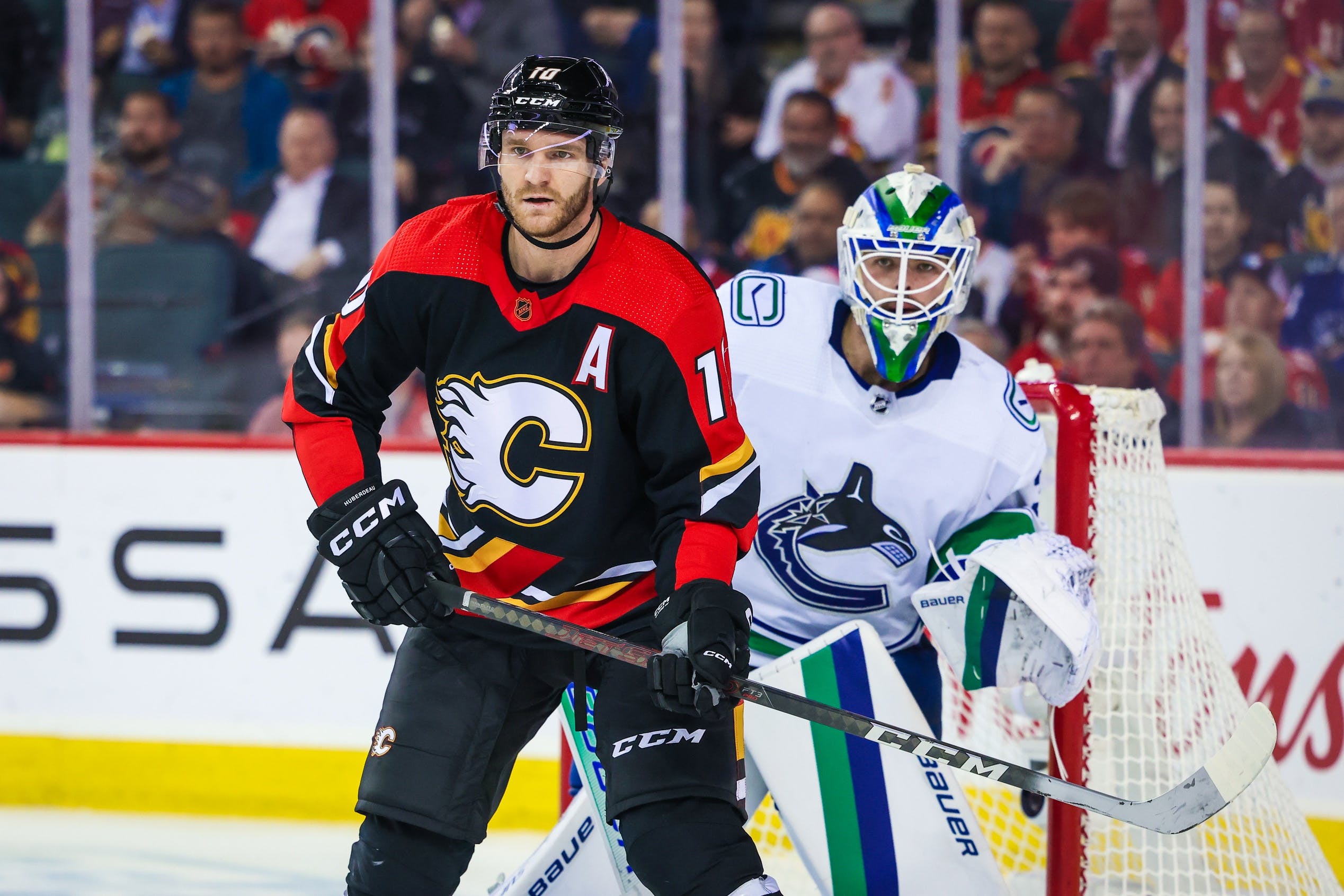 By Mike Gould
23 days ago
The National Hockey League’s outdoor games are here to stay, and for good reason. While they may no longer be the must-see TV events they were around 10 years ago, they still generate tons of local buzz (and, critically, revenue).
The Calgary Flames have already participated in two outdoor games and are slated to take part in another this coming October when they visit the Edmonton Oilers at Commonwealth Stadium. It’ll mark the first time the Battle of Alberta will have taken place outdoors (and you can expect the Flames to wear cream-coloured jerseys in that game).
We first saw the Flames take to an open-air rink against the Montreal Canadiens at McMahon Stadium back in 2011, ultimately prevailing 4–0 thanks in large part to a two-goal performance by Rene Bourque. Then, at the 2019 Heritage Classic in Regina, the Flames fell 2–1 against the Winnipeg Jets in overtime at Mosaic Stadium.
It won’t be long before all 32 NHL franchises will have participated in an outdoor game. The Seattle Kraken will play their first next year when they host the Vegas Golden Knights at the 2024 Winter Classic, leaving only the Arizona Coyotes, Columbus Blue Jackets, and Florida Panthers without outdoor appearances.
Even if they have to wait a little while longer this time, the Flames will undoubtedly continue to participate in outdoor games beyond the upcoming Heritage Classic. They’re a stable Canadian franchise with some marketable stars and a solid record. Don’t be surprised if we see them in another Heritage Classic before the end of the decade.
Here are a few fun match-ups we’d love to see if the Flames do get another chance to play outside.

This one just feels obvious, doesn’t it? With a Flames/Jets game already in the books and a Battle of Alberta coming up, the Vancouver Canucks are the only Western Canadian rival left for the Flames to go up against outdoors.
The Flames and Canucks have a long history as fierce counterparts. They’ve met seven times in the playoffs, with the Flames winning five of the series (yes, they’re one of the few teams against which the Flames actually have a winning playoff record). Three of those series went to Game 7, with the winning goal being scored in overtime each time. You probably don’t even need to see the highlights to remember those goals. The names “Joel Otto”, “Pavel Bure”, and “Martin Gelinas” remain inextricably linked with those OT winners.
More recently, the Flames and Canucks met in the first round of the 2015 Stanley Cup Playoffs. That series nearly went the distance, with Calgary ultimately taking it after a back-and-forth Game 6 in which they erased 3–0 and 4–3 deficits to win 7–4.
If held today, this matchup would also have the additional appeal of featuring numerous players with ties to both teams. Ex-Canucks players Jacob Markstrom, Tyler Toffoli, and Chris Tanev all now play for the Flames, as does former Vancouver Giants star Milan Lucic; the Canucks’ current roster features former Flames centre Curtis Lazar (plus potential future Flames Brock Boeser and Luke Schenn).
The Canucks are overdue to participate in an outdoor game, having appeared in only one to this point: the 2014 Heritage Classic against the Ottawa Senators at BC Place Stadium. That game was played under a closed roof due to inclement weather in Vancouver (surprise, surprise); the Canucks lost 4–2.

We definitely don’t need to re-litigate the Honda Center curse, which lasted more than a decade and constantly dismayed Flames fans and players alike. That streak of futility mercifully ended in 2018 with a Mike Smith shutout.
Anaheim, like Vancouver, is due for another outdoor appearance. The Ducks defeated the L.A. Kings 3–0 at Dodger Stadium as part of the 2014 Stadium Series but haven’t played outside again since. The Flames, San Jose Sharks, and Vegas Golden Knights would all be natural opponents for the Ducks.
The NHL’s outdoor games are, in a sense, all about marketing. Trevor Zegras is a marketer’s dream. He’s a young, skilled player who loves the cameras and scores a ton of points. He’s on the cover of NHL 23, for Pete’s sake. The Ducks may not be any good right now — in fact, they’re flat-out awful — but Zegras, Mason McTavish, and Co. are tailor-made for an outdoor game.
Of course, the Flames and Ducks have also met multiple times in the playoffs. Calgary has never beaten Anaheim in a playoff series, having come closest in the 2006 first round (in which they blew a 3–2 series lead to lose Game 7 on home ice). Most recently, the Ducks swept the Flames in the first round of the 2017 Stanley Cup Playoffs, during which a new generation of Calgary hockey fans learned which swear words go best with “Ryan Kesler”.

Calgary doesn’t have nearly as much playoff history against Colorado as with the other two teams on this list, but there’s still plenty of reasons to believe this might be a pretty good outdoor game match-up.
The Flames and Avalanche were Northwest Division rivals for 15 years and are two of only four NHL teams situated in the Mountain Time Zone. Calgary and Denver are both major North American winter sports cities located a stone’s throw from the Rocky Mountains and at very high elevations.
The Avs have previously participated in three outdoor games, most recently defeating the Vegas Golden Knights 3–2 in front of no fans at the “NHL Outdoors at Lake Tahoe” series during the COVID-shortened 2020–21 season. They’ve also taken on the Detroit Red Wings and Los Angeles Kings outdoors.
While the Avalanche might be a good outdoor opponent for the Flames, it stands to reason that Colorado might first want to play against more current rivals like the St. Louis Blues and Minnesota Wild before they start looking at teams north of the border. But the Flames and Avalanche have always played entertaining games of late and the 2019 playoff series between the two teams is still fresh in the minds of nearly every Calgary hockey fan.
Editorials
Recent articles from Mike Gould