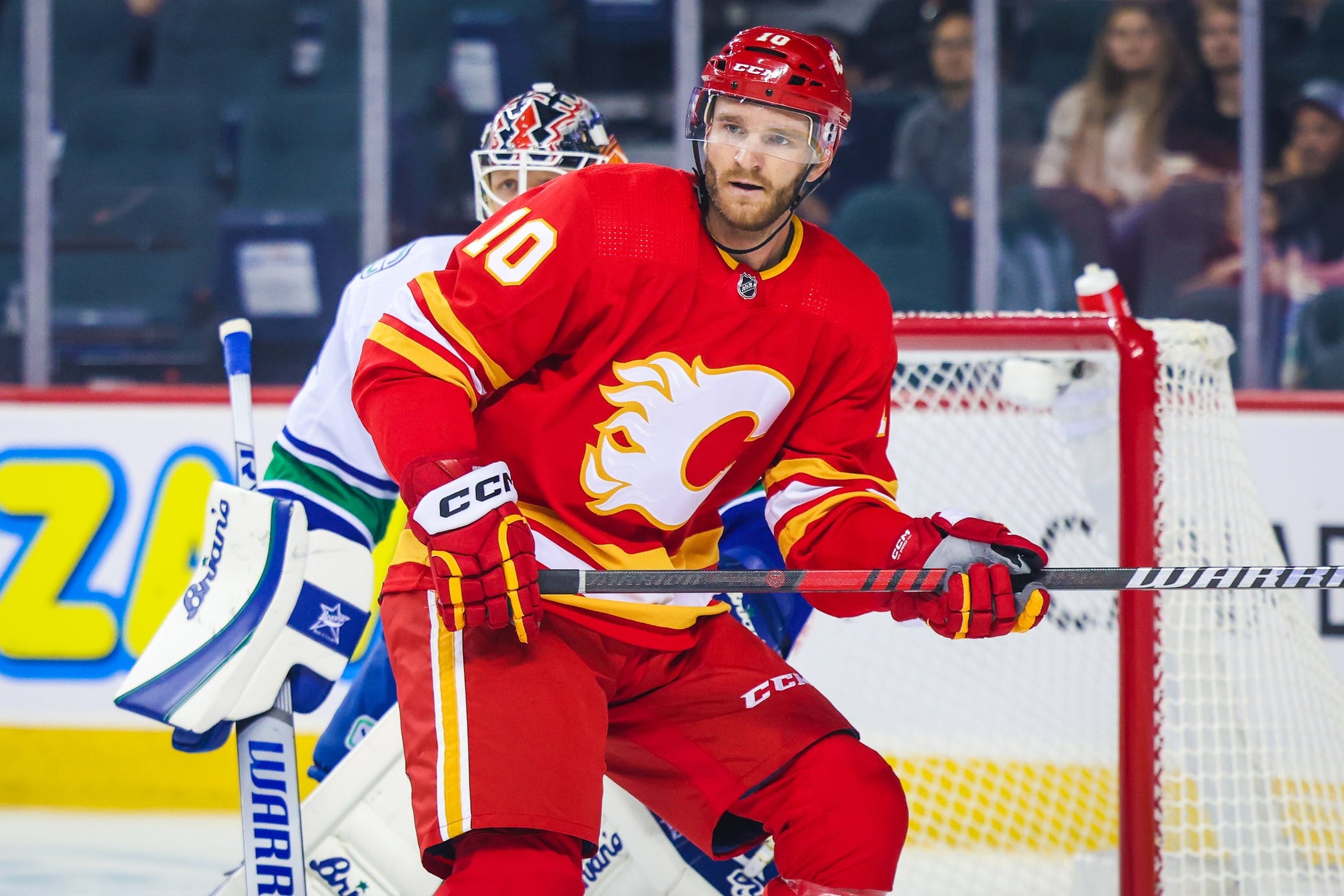 By Ryan Pike
3 months ago
Our pals at TSN unveiled their annual list of the Top 50 NHL Players earlier this week, and there’s a lot of representation of the Calgary Flames on that list. Four Flames players are listed among the top 50.
The Flames on the list are Jonathan Huberdeau (14), Jacob Markstrom (34), Elias Lindholm (36) and Nazem Kadri (37). Markstrom is the third-ranked goaltender, after Andrei Vasilevskiy (7) and Igor Shesterkin (15). Markstrom and Lindholm had strong 2021-22 seasons for the Flames, finishing as runner-ups for the Vezina and Selke trophies, respectively. Huberdeau and Kadri joined the Flames during this past off-season during Brad Treliving’s busy summer.
With four players on the list, the Flames are tied with Colorado and Boston for second-most players represented by a single club. Tampa Bay and the NY Rangers each have five players on the list. High-end talent, it seems, is not evenly distributed throughout the league. If it was, each of the teams would have 1 or 2 players on TSN’s list.
The Flames’ four players lead the Canadian teams, followed by Edmonton (two), Toronto (two), Vancouver (two), Ottawa (one) and Winnipeg (one). Montreal has no players on TSN’s list.
The top five players on TSN’s list include two Oilers: Connor McDavid (1) and Leon Draisaitl (4). Toronto’s Auston Matthews (2), Colorado’s Cale Makar (3) and Nathan MacKinnon (5) round out the top five.
News
Recent articles from Ryan Pike