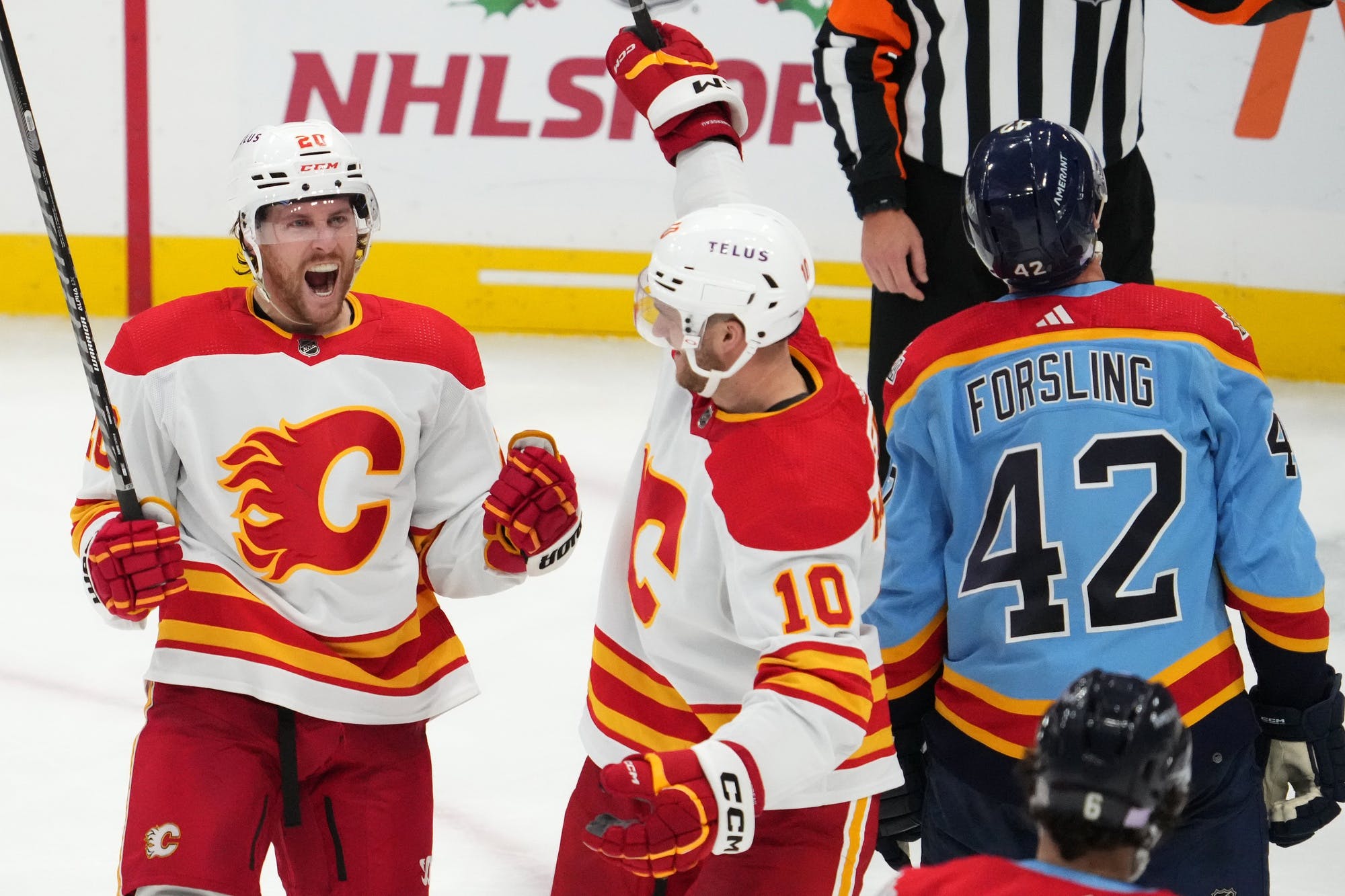 By Ryan Pike
2 months ago
Through 21 games of the 2022-23 season, the Calgary Flames have not scored a lot of goals. They’ve played a lot of pretty tight games and they’re a .500 team largely because they haven’t been able to get the key go-ahead goals when they’ve needed them.
But based on how the team is currently constructed, is it reasonable to expect the Flames to be scoring much more than they are?

The Flames are 16th in the NHL in 5v5 goals for (per 60). They are, by the numbers, an average offensive team. Should they be more than that given the personnel they have at their disposal?
Past behaviour and performance is a good indicator of future behaviour and performance. Since we’re curious about individual player performance – which can be aggregated – we went to Natural Stat Trick and pulled two sets of individual player data:
Goals are an outcome of the offensive process. So we’re looking at the per-60 rates because they give us an insight into how each player’s process is going compared to their previous three seasons. Included in the comparisons we’re making are the player’s individual rates for Corsi (all shot attempts at the net), Fenwick (unblocked shot attempts), shots, scoring chances (attempts from home plate), high-danger chances (dangerous shot types), goals, expected goals and individual shooting percentage.
In theory, if a player is equal or out-performing his previous process performances, they should be scoring about as often.

In terms of high-danger chances, established scorers like Lindholm, Toffoli and Kadri are getting more (as are depth guys like Lucic, Rooney and Lewis). Notably, Huberdeau, Backlund, Coleman, Dube and Mangiapane are all generating fewer high-danger chances than previously.
Arguably the big culprit facing the Flames’ forwards right now is shooting percentages cratering. Huberdeau, Coleman and Mangiapane have all seen their individual percentages drop by 5% or more, with the only beneficiaries of strong percentage bumps being Ruzicka and Ritchie. All due respect to ’em, but I don’t think the coaching staff is exclaiming “Don’t worry, Ruzicka and Ritchie are riding shooting heaters.”

High-danger chances from blueliners are close to where they were before, perhaps up a little bit – driven by Zadorov’s strong start to the season. And on the positive side, Andersson, Zadorov and Stone are on shooting percentage heaters. Weegar and Tanev are shooting cold right now.
The forward group is scoring a little less than you would expect from their past performances, while the defensive group is scoring a little more. On a per-60 basis, the Flames’ regulars are scoring 0.254 goals fewer than previous performances would suggest they should at 5v5. The 0.254 goals per 60 they’re not getting would bump their per-60 5v5 scoring to around 2.76, roughly 10th or 11th in the league.
In terms of process, things are more or less where they should be: Corsi is up (+0.58), Fenwick is down (-0.52), shots are up (+0.14), chances are down (0.95), high-danger chances are up slightly (0.07) as are expected goals (0.07). The important indicators are essentially where they should be given how the Flames’ players have performed over the past three seasons. The big culprit dragging down their 5v5 scoring is a 1.3% collective shooting percentage dip compared to previous performances.
Long story short? Based on the past three seasons of individual performances from the players currently on the club’s roster, while the Flames are under-performing sightly, this is offensively what they are right now.
Editorials
Recent articles from Ryan Pike