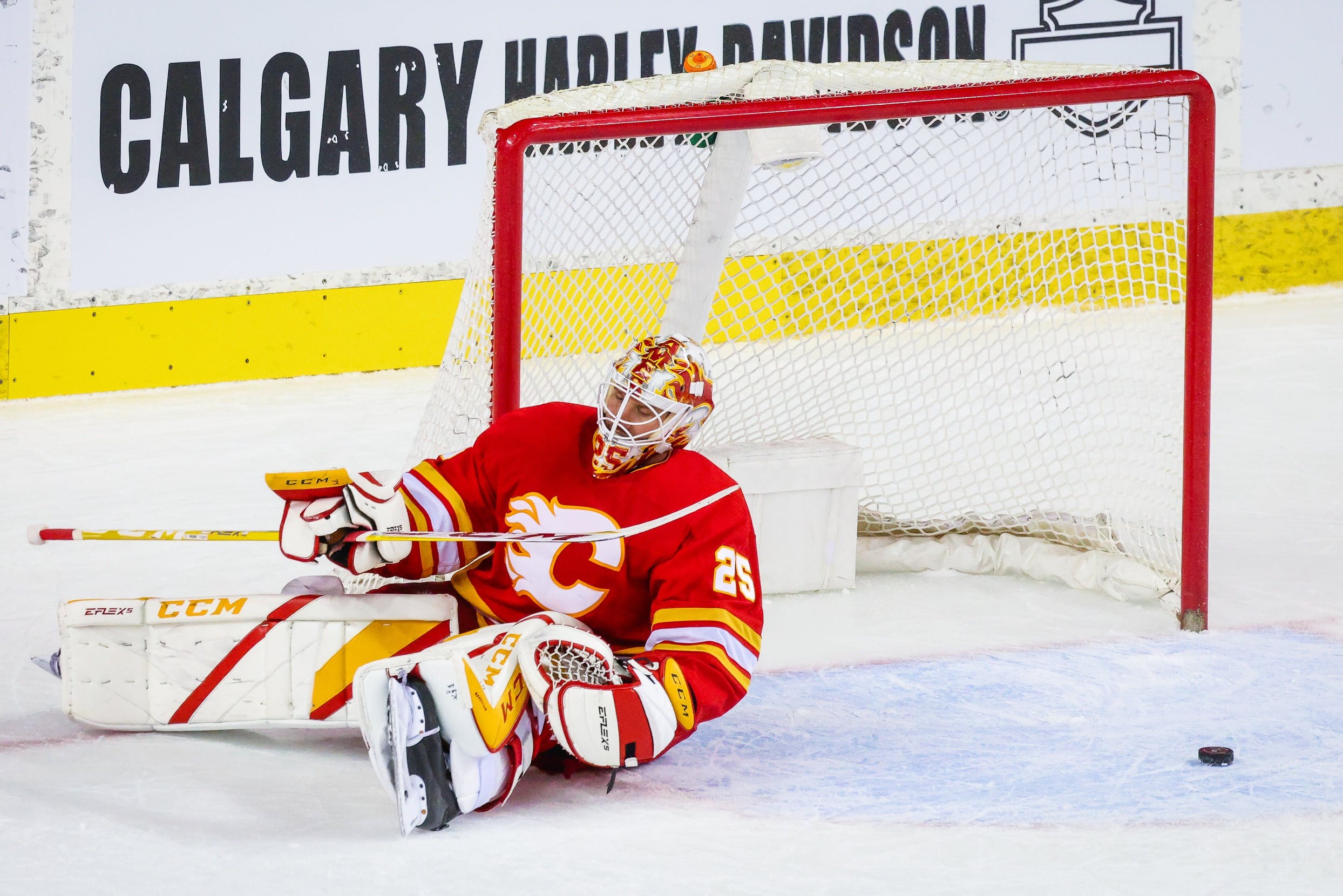 By Ryan Pike
1 year ago
The Calgary Flames have five games left on their 2020-21 regular season schedule. Their playoff chances are, at best, a long-shot. Their draft lottery positioning is also in a bit of flux heading into the final 10 days of their schedule.
Let’s check in on how both of those things look.

The Flames are 10 points behind Montreal for the fourth and final North Division playoff spot, and are only mathematically alive based on a potential win in the regulation wins tiebreaker with Montreal. If Montreal gets a point or the Flames fail to win every single remaining game, Montreal clinches the spot and the Flames are eliminated.
It’s possible for the Flames to squeak in, but they would need to win every single game and have Montreal fail to get a point in their two remaining games against Edmonton. It’s unlikely.

Draft lottery odds are awarded in reverse order of the NHL’s standings – the worst teams get the best odds. The silver lining for the Flames being a non-playoff team is they get some draft help. There will be 15 non-playoff teams this season and we have a bit of clarity on which teams the Flames cannot catch (or be caught by), and which teams may still be in play.
A magic number refers to the number of wins (or opposition losses) to guarantee the Flames finish ahead of a team in the standings, which makes their draft position worse. A tragic number refers to the number of losses (or opposition wins) to guarantee the Flames finish behind a team in the standings, which makes their draft position better.
Here’s what we know right now, more or less:
Let’s just say the Flames get five points out of their remaining five games, going 2-2-1. (For argument’s sake, let’s make that two regulation wins and two regulation losses against Vancouver, and an overtime loss against Ottawa.)
If that happened, the Flames would finish…
So if the Flames finish in the predicted manner (2-2-1), they would probably have the 10th-best draft lottery odds – ahead of these nine teams in the standings, plus Seattle. With the 2021 NHL Draft having a bit of a chaotic feel to it, being top 10 is a pretty good place to be.
Uncategorized
Recent articles from Ryan Pike