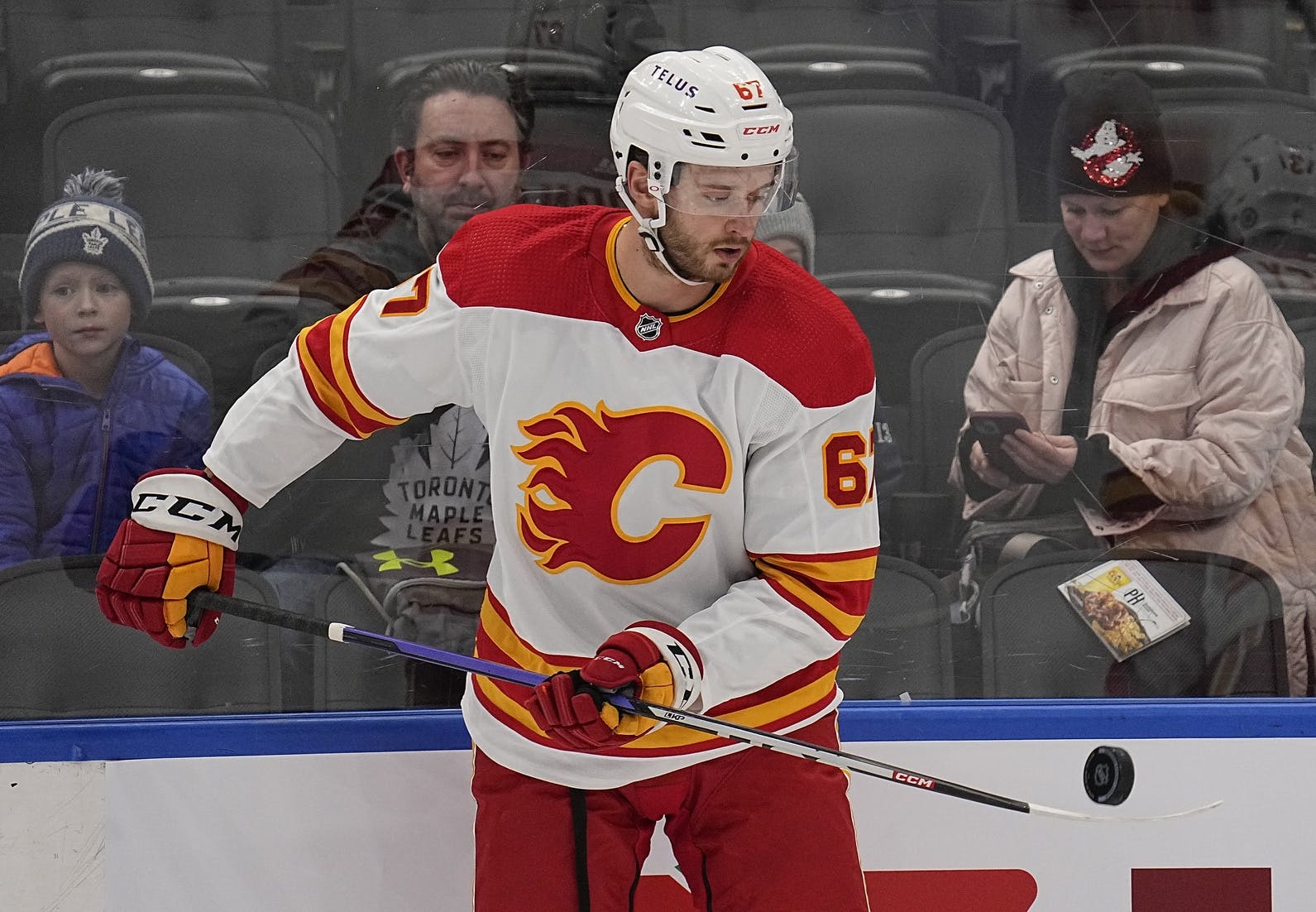 By Ryan Pike
21 days ago
The Calgary Flames have made a roster move in advance of Saturday afternoon’s game with the Dallas Stars. The club has announced they’ve re-assigned forward Radim Zohorna to the American Hockey League’s Calgary Wranglers.
Zohorna’s been up with the big club fairly constantly over the past month, albeit with brief re-assignments for a day or two each time to save cap space. But he’s been a healthy scratch for the past two games so that Walker Duehr could dress. Duehr’s been very good, which combined with Zohorna’s waiver status – he’s subject to waivers after 30 days on the NHL roster or 10 games played, and he’s spent 24 days and played 8 games – probably contributed to the decision to sent him back to the AHL.
Zohorna has zero points in eight NHL games played this season, and 16 points in 20 AHL games played this season. He was claimed on waivers by the Flames from the Pittsburgh Penguins late in training camp, and cleared waivers in early October before his original assignment to the Wranglers.
The Flames are now carrying 22 players on their active roster: two goalies, seven defencemen and 13 forwards. They’re back in action on Saturday afternoon when they face the Dallas Stars.
News
Recent articles from Ryan Pike