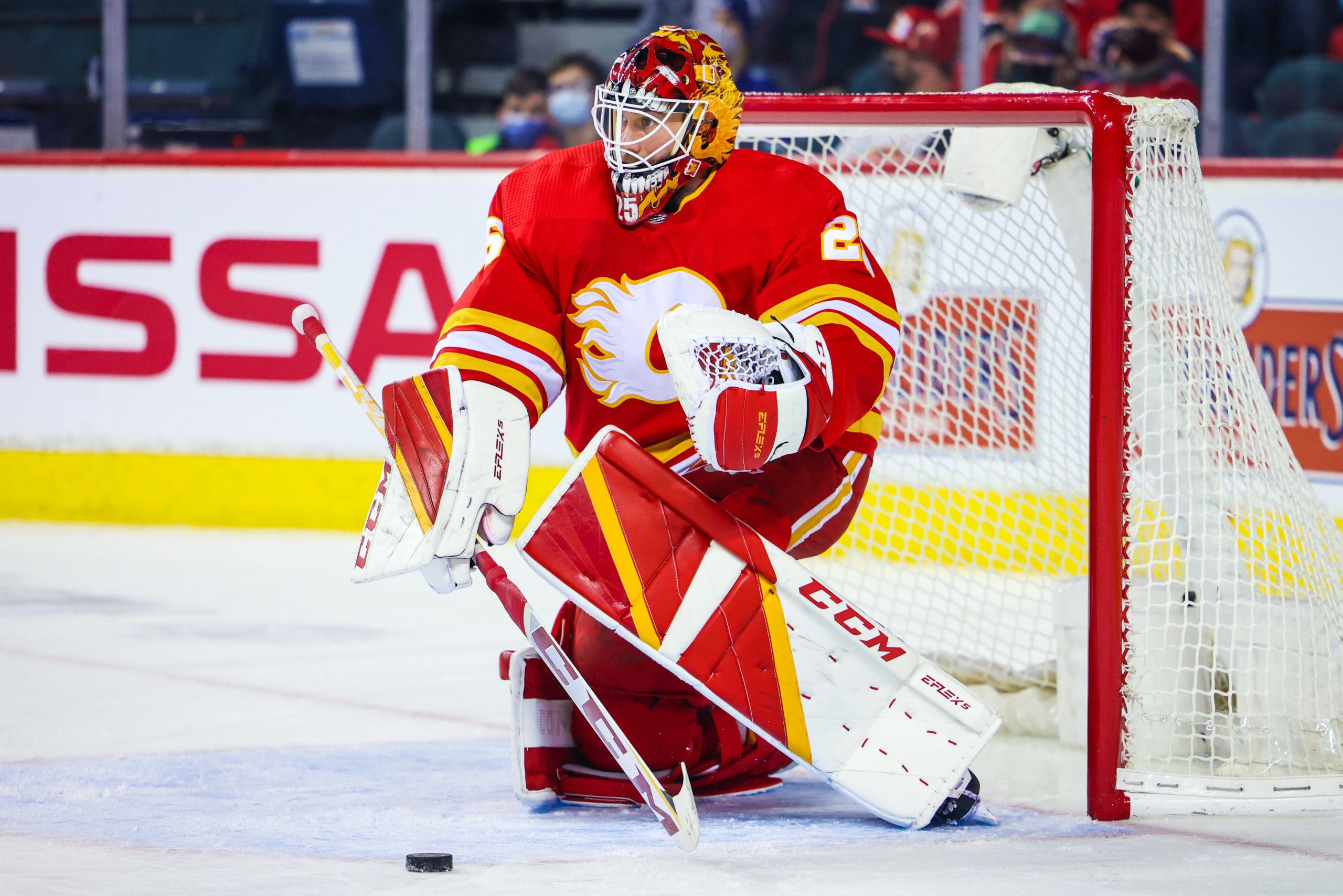 By Ryan Pike
1 month ago
Be sure to check out NHL betting site Betway for the latest Flames game day odds!
We’re a third of the way through the regular season, and traditional rivals the Calgary Flames (13-11-5, 31 points) and the Vancouver Canucks (12-13-3, 27 points) are finally playing a game. These two Western Canadian teams are having challenging seasons so far, to varying degrees, and both clubs sure could use a win and a couple points in the standings.
The broadcast begins at 8 p.m. MT on Sportsnet West (and the national feed) and Sportsnet 960 The Fan! It’s the late game of a national double-header in both Canada (on Sportsnet) and the United States (on TNT).
For a view from the other side, check out Canucks Army!

Projected lines courtesy Daily Faceoff:
Huberdeau – Lindholm – Toffoli
Dube – Kadri – Mangiapane
Ruzicka – Backlund – Coleman
Lewis – Zohorna – Ritchie
Hanifin – Andersson
Zadorov – Weegar
Mackey – Stone
Per reports from morning skate: Jacob Markstrom will likely start in net, backed up by Dan Vladar. Chris Tanev will miss this game after blocking a shot with his head against Montreal. Elias Lindholm and MacKenzie Weegar both return after missing Monday’s game. Matthew Phillips joins Milan Lucic as healthy scratches.
The Flames have generally played well lately, aside from a fairly uninspired performance in Columbus (which earned them the post-game ire of their head coach). Their goaltending has seemingly turned a corner. Their penalty killing has been good. Their defensive structure more closely resembles what everyone expected to see. But the big challenge: scoring. Their power play hasn’t been amazing and their goaltenders simply haven’t gotten consistent run support, regardless of the in-game context. If the Flames are going to get where they want to go, they need to find ways to score more goals.

Projected lines courtesy Daily Faceoff:
Miller – Horvat – Lazar
Mikheyev – Petterson – Kuzmenko
Garland – Dries – Boeser
Joshua – Aman – Stucnicka
Hughes – Schenn
Ekman-Larsson – Bear
Burroughs – Myers
We’re projecting Spencer Martin in net, backed up by Collin Delia. The expected extras are Nils Hoglander and Riley Stillman.
The Canucks have been less of the sum of their parts this season, but they’ve also had a slew of injuries that have taken away some key parts throughout the year. They’re looking for some momentum and stability, but unfortunately have been a win-one, lose-one team much of the season.
Sounds familiar.

The Flames are without Oliver Kylington and Chris Tanev.
The Canucks are without Micheal Ferland, Travis Dermott, Tucker Poolman, Tanner Pearson and Thatcher Demko.

This is the first of four meetings between these teams this season. Last season, they met four times and the Flames won three of them. (Their lone loss was by a 7-1 score, though.)