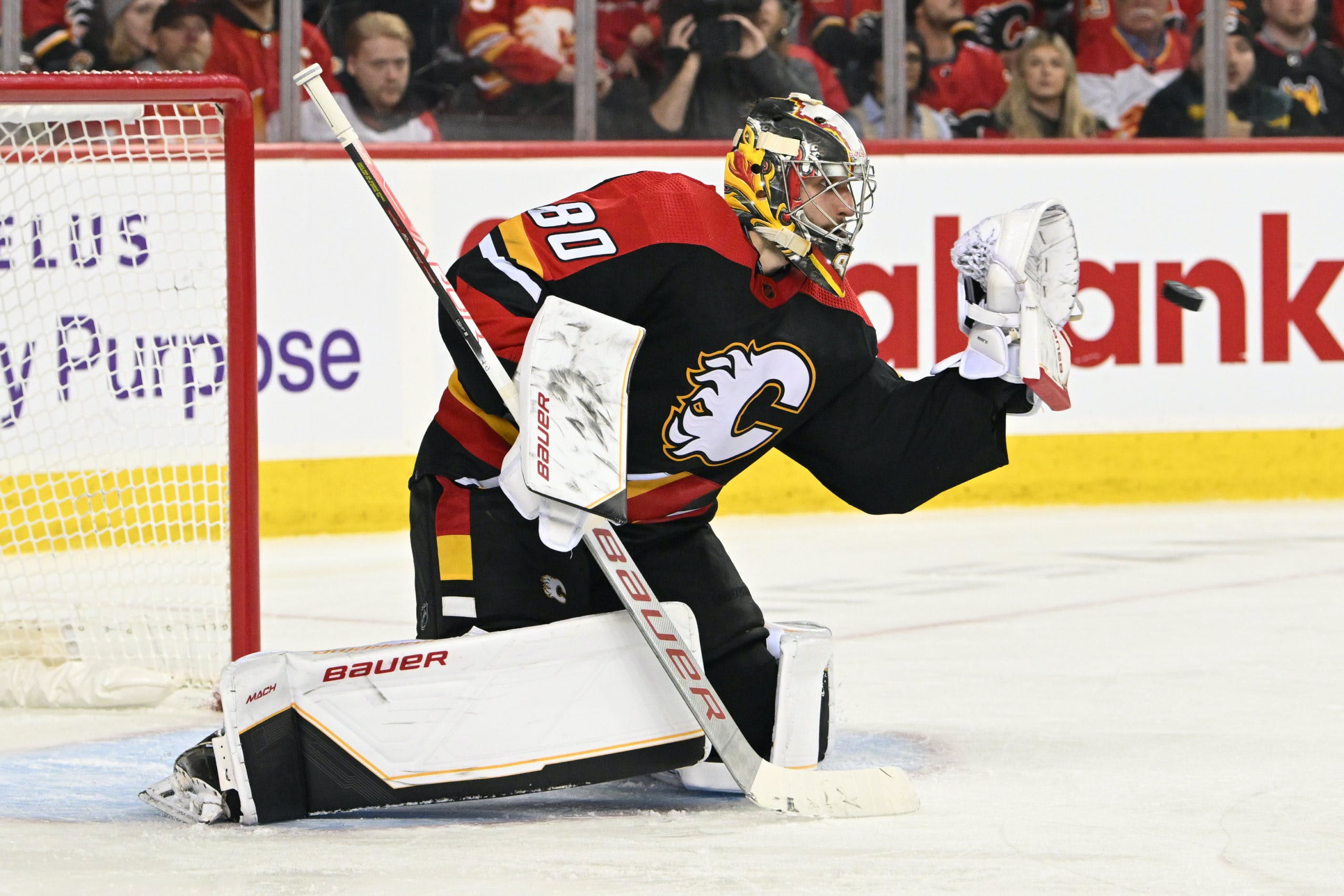 By Ryan Pike
22 days ago
Be sure to check out NHL betting site Betway for the latest Flames game day odds!
On Tuesday, the Calgary Flames (19-14-9, 47 points) played a pretty decent road game that completely got away from them in the third period. It’s not ideal, but sometimes it happens. On Thursday, the Flames get a rare opportunity for a do-over against the team they lost to on Tuesday, the St. Louis Blues (21-18-3, 45 points). The Flames will be hoping for a better start, a better finish, and a different result than the overtime loss on Thursday.
Thursday’s broadcast begins at 6 p.m. MT on Sportsnet West and Sportsnet 960 The Fan!

Projected lines courtesy Daily Faceoff:
Dube – Lindholm – Toffoli
Huberdeau – Kadri – Lucic
Mangiapane – Backlund – Coleman
Duehr – Ruzicka – Lewis
Hanifin – Andersson
Weegar – Tanev
Zadorov – Stone
Based on reports from our colleagues on the road trip, sounds like Dan Vladar starts in goal, backed up by Jacob Markstrom. The projected extras are Connor Mackey, Jakob Pelletier and Radim Zohorna. After a pretty strong outing on Tuesday, Walker Duehr remains in the expected lineup.
The good news is the Flames have points in three consecutive games and, dating back to Dec. 1, they’re 9-5-6. That’s good! But if you get down to brass tacks, they’ve won just nine out of their past 20 games. Getting points is all well and good, but they need to get more wins if they want to get ahead of the rest of the playoff pack.
The Flames are good team who make mistakes at bad times. And they’re unlucky enough that their few mistakes always seem to come back to haunt them. They don’t need to play mistake-free hockey, but they need to be a bit more consistent than they were on Tuesday evening.

Projected lines courtesy Daily Faceoff:
Buchnevich – Thomas – Kyrou
Saad – Schenn – Barbashev
Neighbours – Acciari – Walker
Toropchenko – Alexandrov – Pitlick
Mikkola – Parayko
Tucker – Faulk
Rosen – Santini
Aside from perhaps Thomas Greiss starting in net, expected to be backed up by Jordan Binnington, we’re not projecting any changes for the Blues. Their expected healthy extras are Josh Leivo and Dmitri Samorukov.
The Blues were the second-best team for much of the game on Tuesday, getting an early lead off a power play and then the Flames took over the game by executing more effectively at five-on-five. But the Blues were the better team for three or four minutes early in the third period, and that was enough. The Blues’ depth is being massively tested right now, but they’re a deep enough team, with good enough coaching, that they’re able to hang around in games and make life challenging for their opposition.

This is the final game between these teams this season. The Flames have registered a regulation loss and an overtime loss against the Blues so far.