Calgary Flames post-COVID schedule is going to be really rough 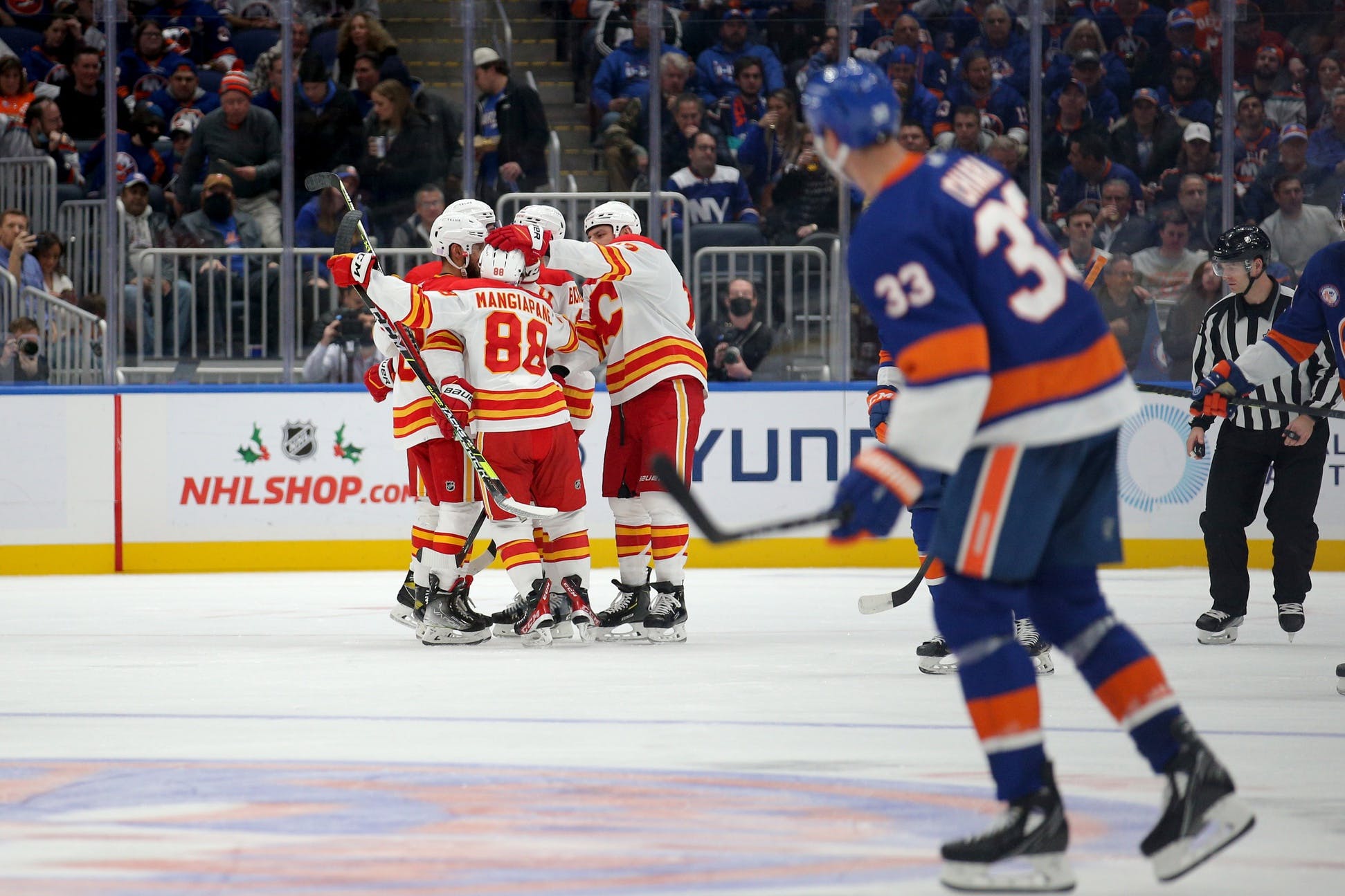 By Ryan Pike
11 months ago
Friends, it might be awhile until the Calgary Flames play hockey games again. But when they do, their schedule is going to be fast and furious. Put simply: they’ll have to play a lot of games in a very compact amount of time, and it will probably be very challenging and stressful for all involved.
Let me explain what I mean…
The Flames have played 28 games this season, and have 50 “regularly scheduled” games remaining plus four postponed games that require rescheduling.
Assuming that they’re back playing on Dec. 21 – which seems unlikely right now – that will be on the 71st day of the season, leaving 130 days remaining in the regular season. But those 130 days remaining include the Christmas break (Dec. 24-26, three days), the All-Star break (Feb. 3-6, four days) and the Olympics (Feb. 7-22, 16 days), all of which teams cannot have games scheduled during.
So the Flames will have 54 games left to play over the 107 remaining days that games can be scheduled during. That would mean that the Flames would be playing a game every 1.98 days, which by definition means they would play every other day for the remainder of the season (other than the combined All-Star/Olympic break).
That would suck.
For reference, a typical NHL season is 82 games over 184 to 186 days (with 177 to 179 days that games can actually be scheduled on, excluding the Christmas and All-Star breaks). That’s a game every 2.16 to 2.18 days. It’s dense, but it’s doable. A revised Flames 2021-22 schedule that includes an Olympic break would be intense in a way that probably wouldn’t be pleasant.
We looked at the existing schedule and tried to find places to drop in the four games that need rescheduling: Calgary at Chicago, Calgary at Nashville, Toronto at Calgary and Calgary at Columbus. The rules we gave ourselves included avoiding three games in three nights scenarios,  and generally avoiding horrible travel scenarios like flying from Pittsburgh to Calgary (and back) for back-to-backs or anything insane like that.
So that basically only gave us a handful of places to drop in those games (based on building schedules posted on their websites):
March 21: Toronto at Calgary
March 28: Columbus at Calgary
(The only other day that works is April 10, which would be the second half of a back-to-back for Columbus after a game in Detroit on the previous day. April 10 would also be the second half of a back-to-back for Calgary after a game in Seattle.)
April 18: Calgary at Chicago
April 19: Calgary at Nashville
If these dates work, the Flames would have the following multi-day breaks remaining in their schedule (aside from the All-Star/Olympic break): Jan. 8-10; Jan. 16-17; Jan. 19-21; Jan. 30-31; Feb. 27-28; Mar. 6-7; Mar. 14-15; Mar. 23-24; Apr. 24-25
They would also have 11 sets of back-to-backs.
As noted: the schedule would be rough. And if any more games get bumped and require rescheduling, well, it’ll get worse. Eventually, it might get so bad that the NHL is forced to pull the plug on Olympic participation.
Update: The Flames have had two additional postponements – Dec. 21 vs. Anaheim and Dec. 23 vs. Seattle. The Anaheim game can fit in January 9 (it’d be the second game of a back-to-back for the Ducks) and the Seattle game can fit in February 23 (the first day back after the Olympic/All-Star break, which would be the first half of a back-to-back for the Kraken and for the Flames).