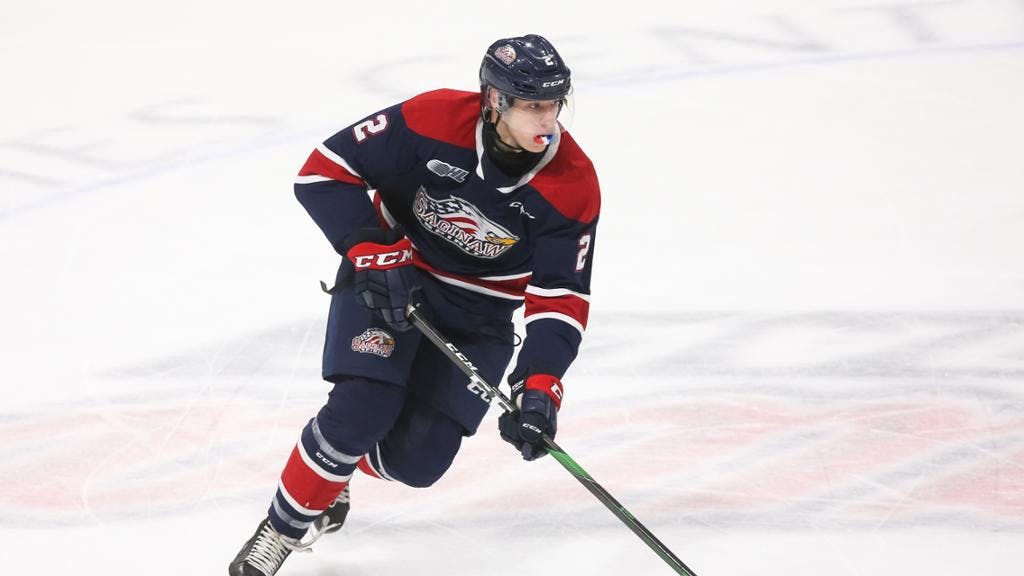 By Zach Laing
1 year ago
The Calgary Flames have signed defenceman Ilya Solovyov to a three-year entry level contract.
The Russian defenceman was drafted by the Flames in the 7th round of the 2020 draft and just finished his first full season of pro hockey in the KHL. Playing for Dinamo Minsk, Solovyov scored two goals and nine points in 41 games.
He played his draft -1 season with the OHL’s Saginaw Spirit, where he scored seven goals and 40 points.
As first reported by PuckPedia, in years one and two of his contract, Solovyov will earn a $750k base with a $70k signing bonus and $80k in the minors. His base will climb to $775k in year three. His cap hit and AAV, according to PuckPedia, will be $828k.
The 20-year-old defenceman was in the NHL draft three times.
Zach Laing is the Nation Network’s news director and senior columnist. He can be followed on Twitter at @zjlaing, or reached by email at zach@oilersnation.com.
Uncategorized
Recent articles from Zach Laing