Could the Flames target Victor Mete in a Sam Bennett trade? 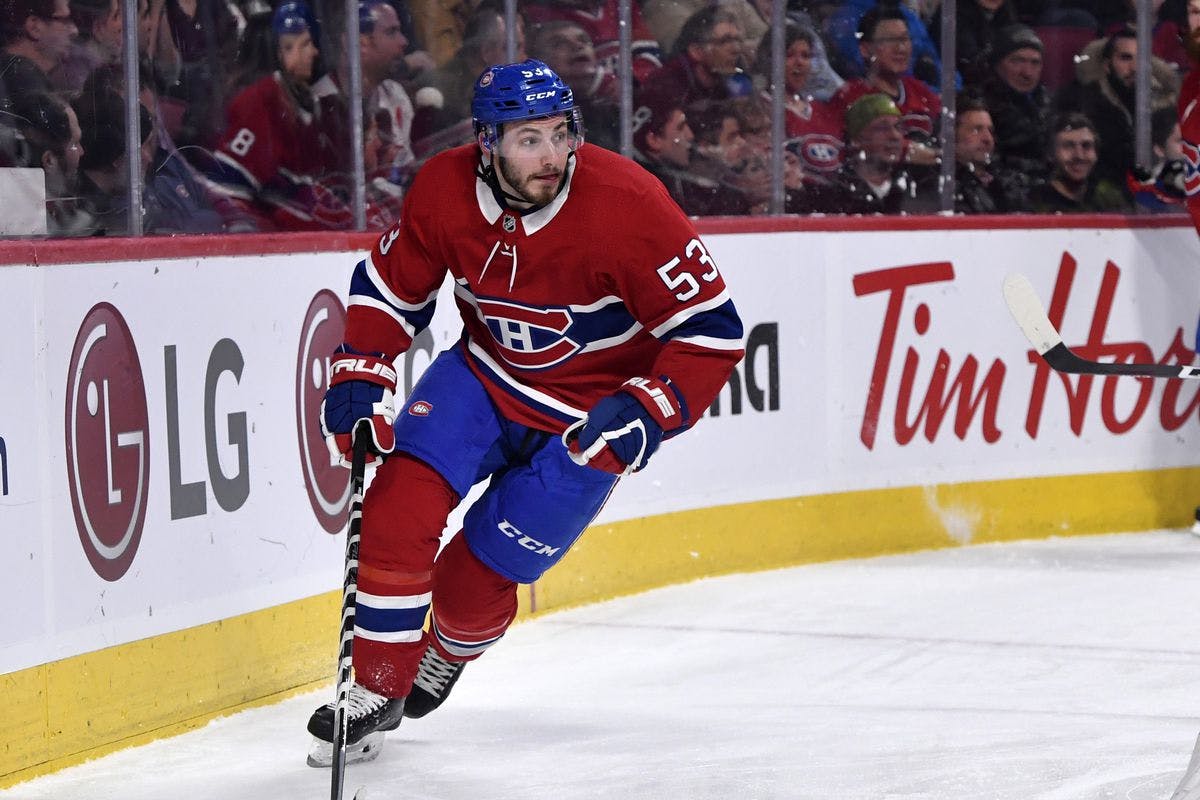 By Mike Gould
1 year ago
Flames forward Sam Bennett reportedly wants a change of scenery.
The fourth overall pick in the 2014 NHL Entry Draft, Bennett has frequently struggled to meet expectations in Calgary. He broke into the NHL as an 18-year-old in the 2015 playoffs but has never scored more than 36 points in a regular season.
Bennett currently makes $2.55 million and is set to become a restricted free agent upon the conclusion of 2020-21. Through seven games this year, he has yet to score his first goal and has recorded just one assist. It is unclear whether Bennett will even be qualified as an RFA this coming off-season: his team will have to tender him a one-year, $2.55 million qualifying offer to retain his restricted rights.
Now 24, Bennett has yet to display anything resembling consistency at the NHL level. He has often been one of Calgary’s best playoff performers but has never been able to translate that success over to the regular season. He’s a left-handed shot forward on a Flames roster full of them; however, he’s been surpassed by over a half-dozen players on the team’s depth chart since he made his full-time jump to the league.
Bennett’s willingness to entertain a move became public knowledge on Saturday night. Minutes later, TSN reporter Salim Nadim Valji reported that Montreal Canadiens defenseman Victor Mete has requested a trade. Both Bennett and Mete are represented by Quartexx’s Darren Ferris.
Mete, 22, is a left-handed defenseman with 171 games of NHL experience. He’s listed at 5’9″ and 184 pounds and has shown in his NHL games that he is an effortless skater capable of playing bottom-four minutes.
Like Bennett, Mete has been surpassed on the Canadiens’ depth chart by a host of new players. Habs general manager Marc Bergevin pulled the trigger this past off-season to acquire Joel Edmundson from Carolina, quickly signing the rugged defenseman to a rich four-year deal.
Just eight games into his career, top rookie Alexander Romanov has already made a substantial impact on Montreal’s blue line. Then there’s Cale Fleury, who played 41 games last year and is five months younger than Mete.
Mete has yet to play a game this season. Even so, there is plenty of reason to believe that he should be in the Canadiens’ lineup—and he might be able to help the Flames.
Oliver Kylington’s future in the organization is uncertain. Nikita Nesterov is a pending unrestricted free agent who might be too expensive for the Flames to retain. 2020 draft picks Yan Kuznetsov and Jeremie Poirier are a long way from the NHL; Johannes Kinnvall is still a season away from North America, let alone the NHL.
The Flames could use another young, skilled defenseman. Mete has fallen out of favour in Montreal but could have value to Calgary as a reclamation project. Flames general manager Brad Treliving is undoubtedly very familiar Mete’s representatives from his dealings with Bennett.
Would the money work? Probably. Mete costs just $735,000 against the salary cap, compared to Bennett’s $2.55 million, but Montreal might be able to make room for Bennett by shifting Corey Perry and Jake Evans to the taxi squad.
With both players looking for a change of scenery, it’s possible that this potential swap could Mete the needs of both sides.
How would you react if the Flames traded Sam Bennett to Montreal for Victor Mete? How do you think the Flames should deal with Bennett’s situation as a pending RFA who would welcome a change of scenery? Sound off in the comments.