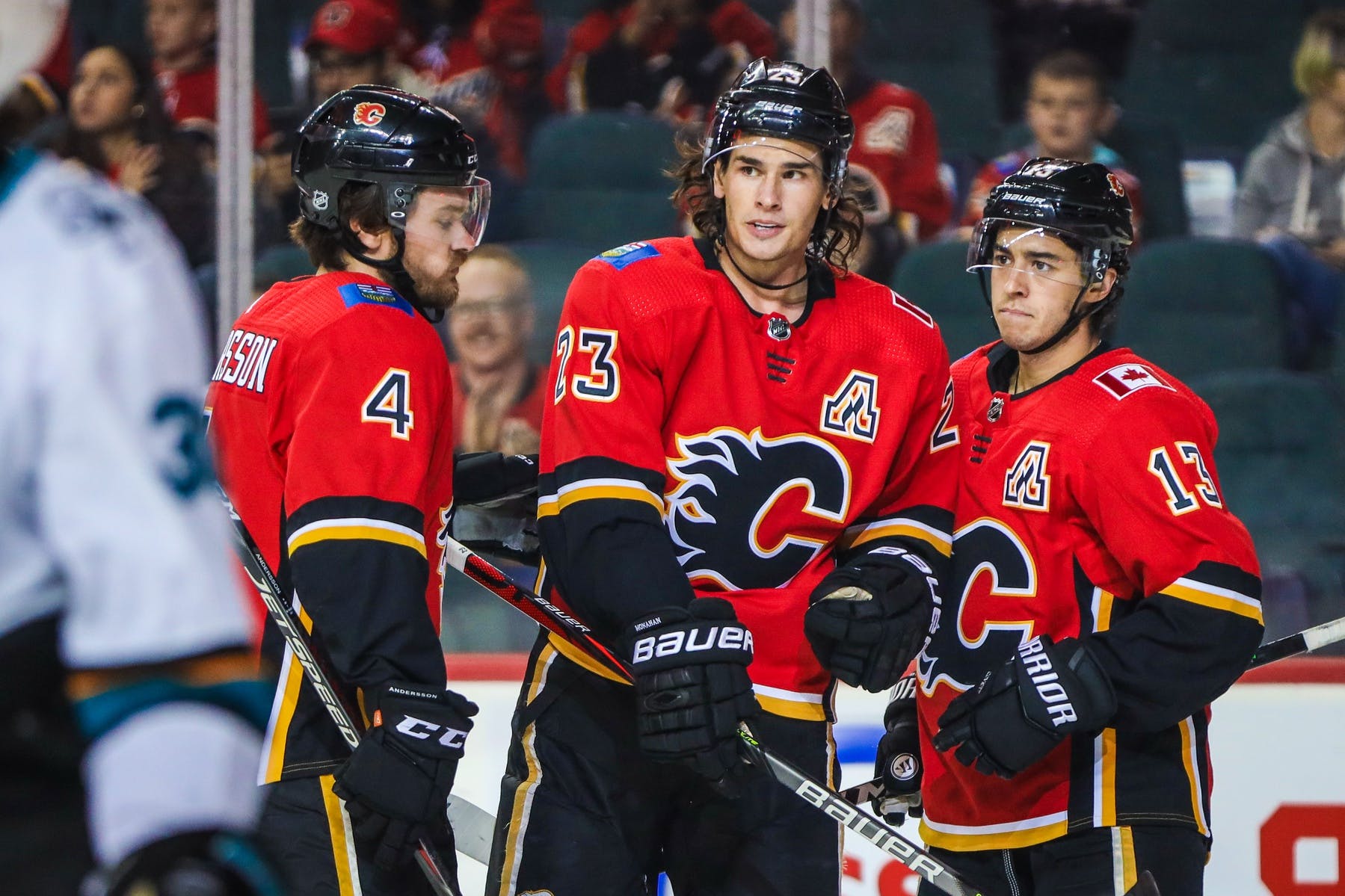 By Ryan Pike
1 year ago
TSN insider Darren Dreger was a guest on The Instigators radio show on Buffalo sports talk radio on Friday and discussion of the hockey world ended up centring on the Calgary Flames and the recent rumours regarding Matthew Tkachuk’s future.
Based on Dreger’s comments, Tkachuk isn’t the most likely part of Calgary’s core to be moved.
Here’s what Dreger discussed – “it” refers to the Tkachuk wanting out rumour, which he was asked about by the hosts leading to this lengthy answer.

Reaching out to sources in Calgary it was instantly refuted, and I would say angrily so. But I’ll say again, to dismiss that out of hand and to say that it’s 100% wrong might be a little unfair to the process as well. I don’t believe that Matthew Tkachuk is in play, and again, based on the response that I got to that.
But I do look at the Calgary Flames and I look at the history of Brad Treliving, the general manager, and I know that he can see that they’ve got to do something. They’ve got to attack the core of that team. So if it isn’t Johnny Gaudreau and it isn’t Matthew Tkachuk, then who are we talking about here?
And it feels like the one guy left is Sean Monahan. And Sean Monahan rumours have been out there for awhile. They were out there during last off-season and they’re out there now. And it feels to me that if they’re going to part with one piece from that core, it’s likely going to be Sean Monahan. Riv’s talking about “we” as the Montreal Canadiens acquiring Josh Anderson. The Calgary Flames were pretty heavy in on Josh Anderson before he got traded to the Montreal Canadiens, and Sean Monahan was part of what would’ve had to have gone the other way. And Treliving just didn’t want to give up a centre as part of the deal, but now I think he realizes they’ve got to do something to shake up that core. So I don’t think it’s Matthew Tkachuk based on the response that I got, but I could see Calgary be doing something fairly significant and that might be involving Sean Monahan.