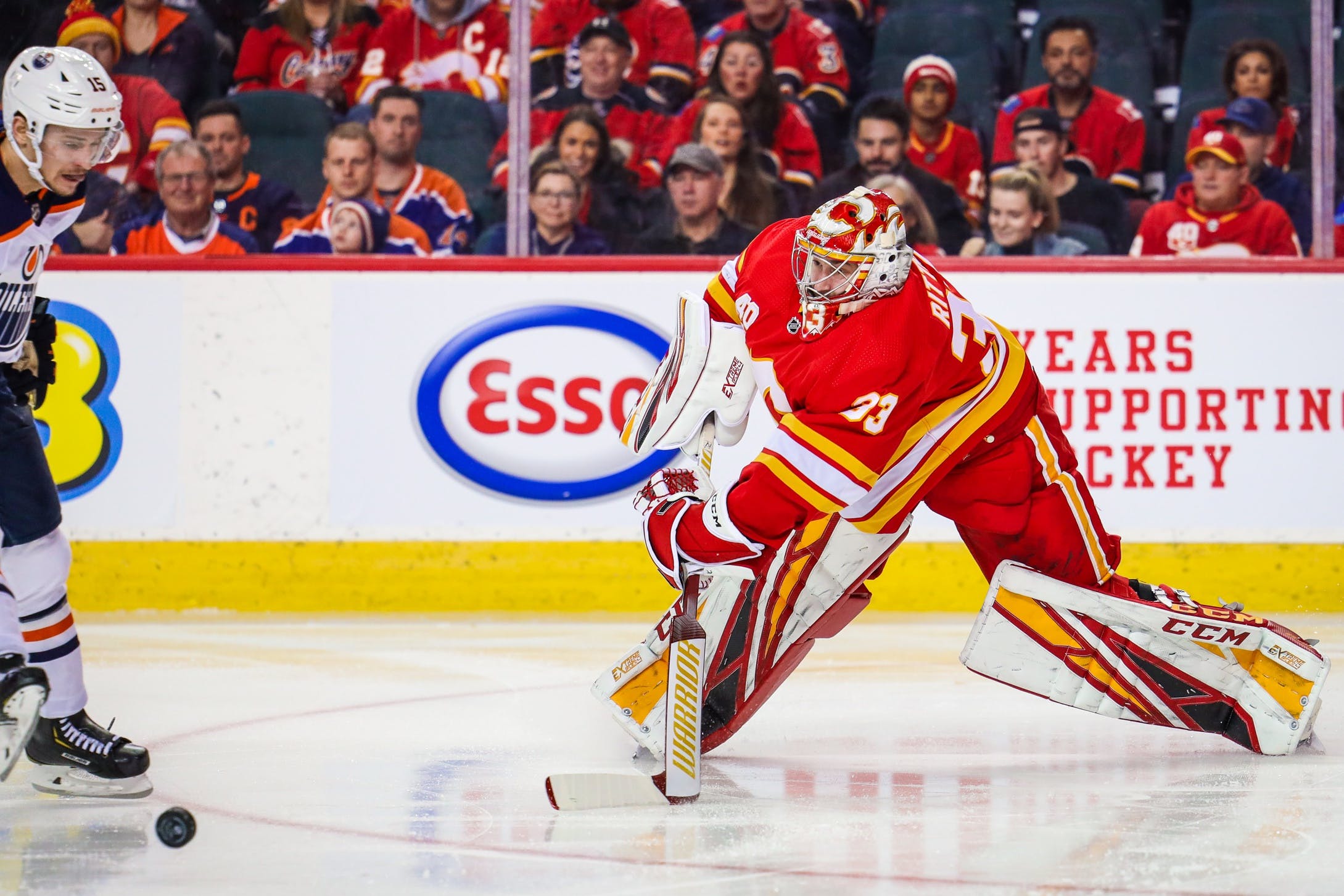 By Pat Steinberg
1 year ago
Less than a week from the 2021 trade deadline, Calgary’s position should (hopefully) be clear. Sure, there’s a remote possibility of some miracle run, but that pipe dream can’t be enough to deter the Flames from aggressively attempting to sell off what they can. If that’s indeed what the team is thinking, I’ve split things into four tiers, starting with the most likely to be dealt.

C Derek Ryan. G David Rittich.
Let’s start with Ryan, who checks a lot of boxes. As a right shot centre, he already fills a need for most teams. But when you take a look at Ryan’s body of work this season, and during his tenure in Calgary, it’s not hard to see how he could be a fit on most playoff teams. Ryan is a very good number four centre and could even be an upgrade for some teams at 3C.
Ryan is a smart, mature player that elevates those around him in a depth role. When you factor in what he can do on the penalty kill, Ryan could mesh seamlessly on any NHL team. The only hurdle is a $3.125 million cap hit, which is significant. Whether by eating some of Ryan’s salary or taking back the right amount the other way, though, the Flames have options to make a trade work.
Rittich’s situation is slightly different, because there are fewer teams needing help in net. But, from Colorado to Toronto or Philadelphia, you don’t have to squint too hard to find potential landing spots. Like Ryan, it’s hard to see Rittich ($2.75 million) moving without retained and/or moved salary. But, he’s having a decent season and would be a depth upgrade on at least a few playoff hopefuls. 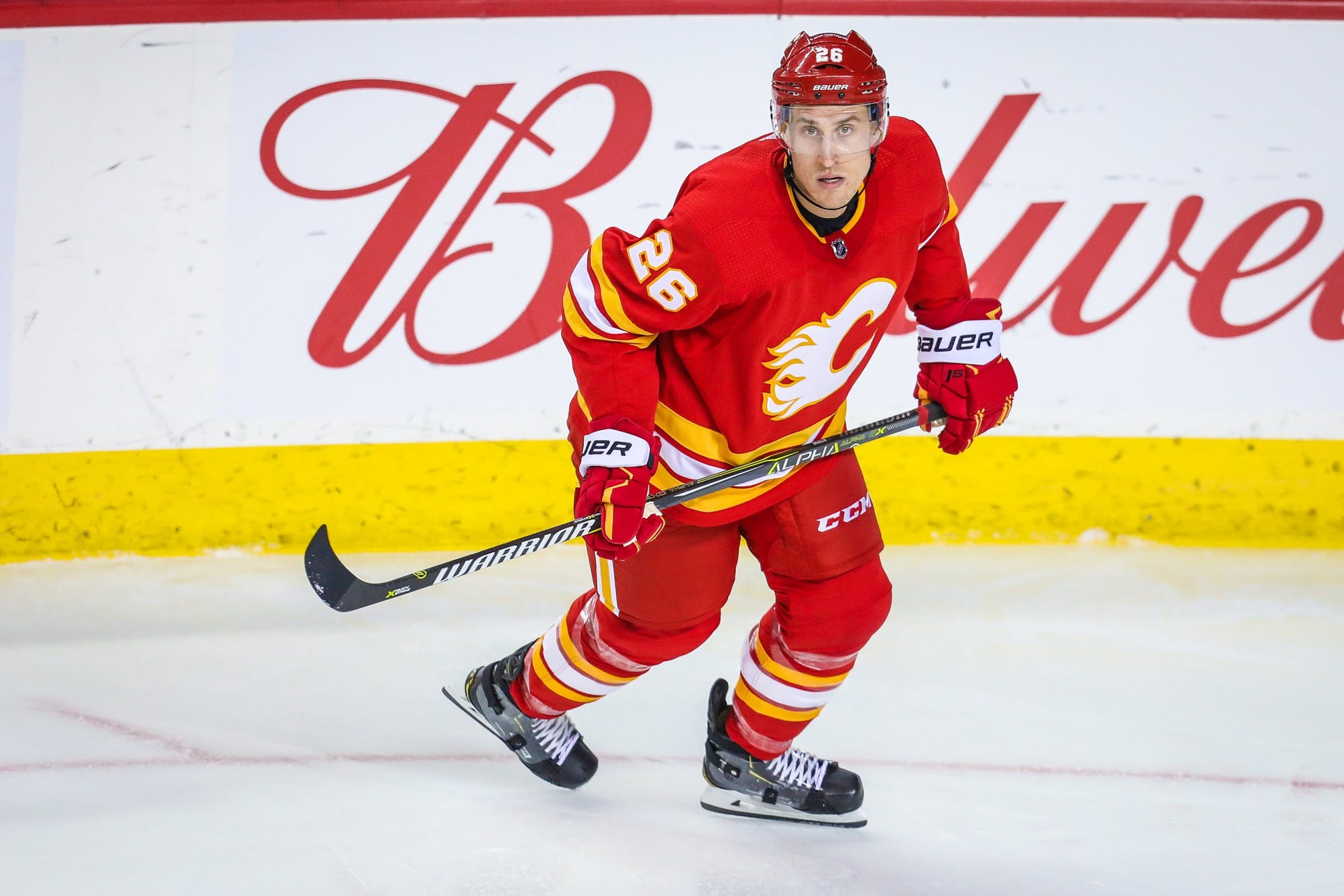 RW Josh Leivo. RW Brett Ritchie. LW Joakim Nordstrom. D Michael Stone.
The good news when looking at any of the players in this tier is the highest cap hit is Leivo’s $875,000. The other three players are all on NHL minimum deals and thus easy to move from a salary standpoint. On the other hand, it’s fair to say the Flames wouldn’t be getting a ton in return for any one of Leivo, Ritchie, Nordstrom, or Stone.
Leivo has been effective in a limited role this season and is a decent bottom six offensive threat. Ritchie is a “big body” teams tend to covet at deadline time. Nordstrom has plenty of playoff experience, is a good penalty killer, and has played well recently. Stone has been steady in the five games he’s played this season. There’s nothing spectacular here, but if Calgary can get a late round pick for any one of these guys, I see no reason why they shouldn’t make it happen.

Bennett has had a trade request hanging over his head since early February. As it stands now, it’s hard to see a world where the Flames protect him in this summer’s expansion draft. And, with Bennett’s showing in last summer’s bubble playoffs, you can make a case for a decent market heading into this year’s postseason.
Like Ryan and Rittich’s situations, Bennett’s $2.55 million cap hit limits options unless Calgary is willing to retain and/or absorb return salary. In some cases, a team acquiring Bennett would also have to be willing to expose him in the expansion draft. But, as a 24-year-old pending restricted free agent with a reputation as a playoff performer, moving Bennett for a mid-round pick feels realistic.

I guess there’s a scenario where the Flames could move a player like Johnny Gaudreau or Sean Monahan before Monday’s deadline. With the NHL’s current cap world and economic climate, though, it feels unlikely. With high cap hits and low value, the offseason allows general manager Brad Treliving to at least get more teams involved in conversations.
“If teams are in a good playoff position right now, usually they’re not trying to subtract from their team,” Treliving told our Sportsnet 960 morning show earlier this week. “On hockey deals, and I’m not specifically talking about our team, but any team, you usually want to have all 31, soon to be 32, teams involved. In some cases, when somebody’s not ready to take something off their team as they’re going into the playoffs, that usually eliminates some teams.”
The conversation about significant changes to Calgary’s roster has begun internally and is 100% necessary. It just seems unrealistic to expect those decisions to be made before we get to the summer.
Uncategorized
Recent articles from Pat Steinberg