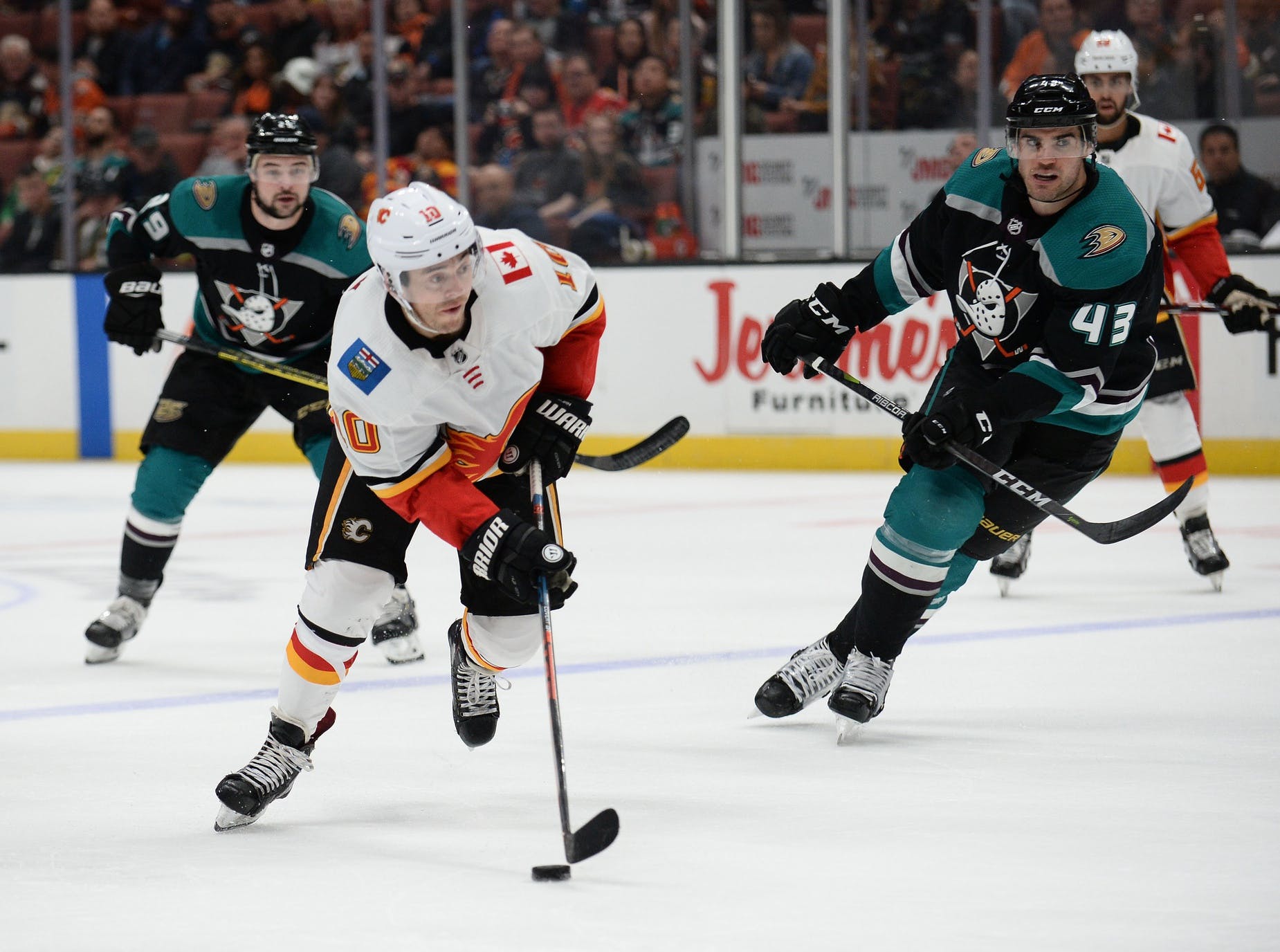 By Ryan Pike
1 year ago
As the Calgary Flames return home from a lengthy road trip, they’ve made a move likely aimed to maximize their roster and salary cap flexibility. The club has placed forward Derek Ryan on waivers.
Ryan carries a $3.125 million cap hit, which makes him unlikely to be claimed by another NHL club. The waiving is likely with a similar aim to his waiving in January: if he clears, he can be ferried to and from the taxi squad freely until he’s spent 30 days cumulatively on the NHL roster (at which point his waiver status resets).
After clearing waivers in January, Ryan was put on the taxi squad on non-game days. That maneuver saved the Flames a lot of salary cap space for future use, while Ryan got all of his NHL salary anyway because he’s on a one-way deal. Basically, everybody got what they wanted.
Ryan suffered a broken finger in early February and has been on the long-term injury reserve as a result. He’s been practicing solo in Calgary during the road trip and is thought to be close to a return to the lineup.
Uncategorized
Recent articles from Ryan Pike