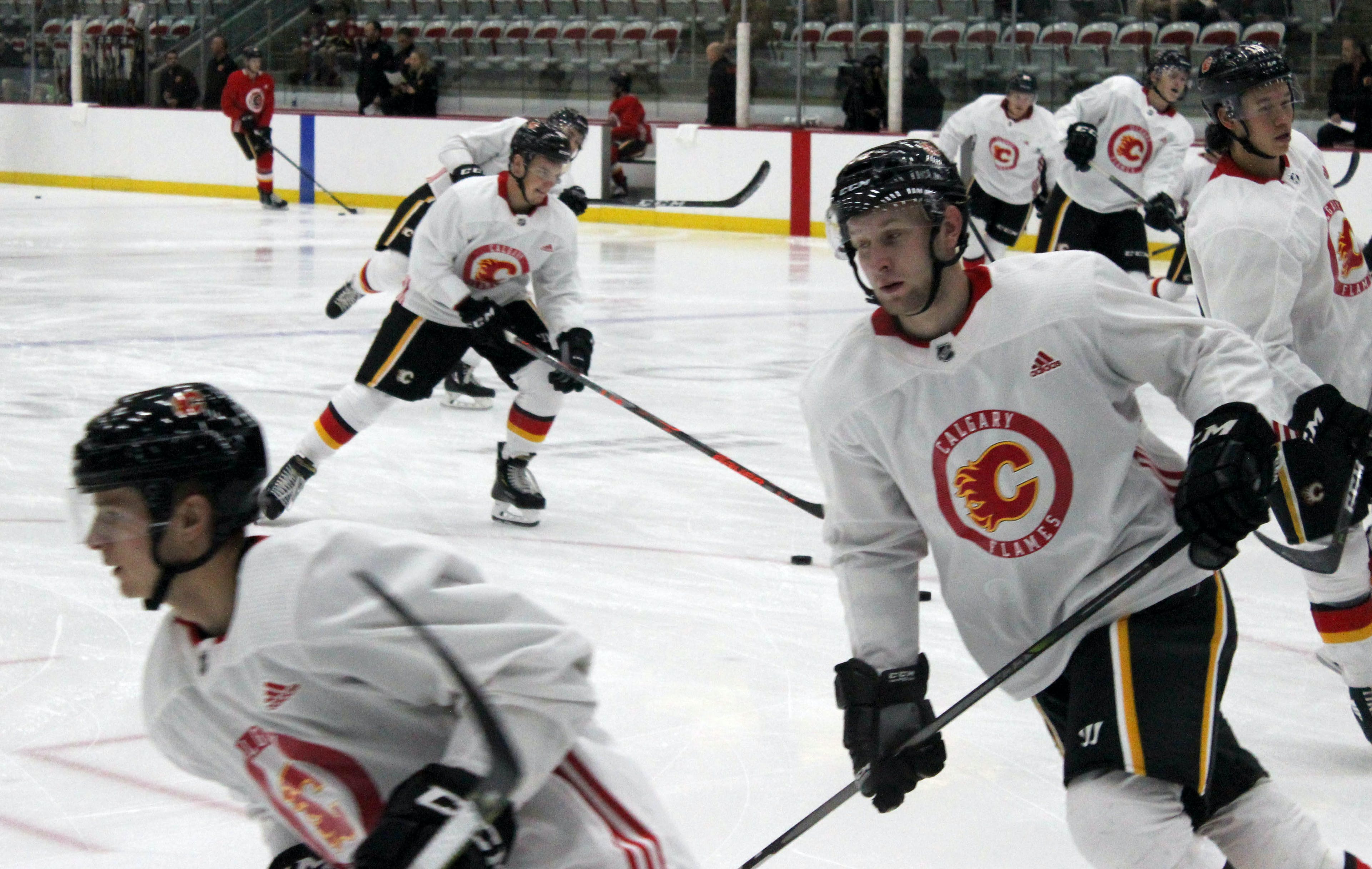 By Ryan Pike
1 year ago
As the 2020 Summer Olympics start to wind down, we turn our attention to the 2022 Winter Olympics – scheduled for February 2022 in scenic Beijing, China. The men’s hockey tournament is gradually taking shape, with games to determine the final three qualification spots expected to occur late this month.
But don’t expect to see Calgary Flames prospect Emilio Pettersen suiting up to get Norway into the Olympics.
Over at the blog Nitten.no, Norway’s national team executive Petter Thoresen explained (via Google Translate) that Pettersen’s commitments to the Flames will take precedence:

No, he will not join us in the Olympic qualifiers, unfortunately. Calgary wanted to see him in the driveway, and we have to respect that. Too bad for the national team, but extra nice for him to get that attention from his own club.

The term “in the driveway” is a bit lost in translation, but rookies report to training camp on Sept. 15 and that’s usually preceded by informal workouts with the veterans. The IIHF has yet to formally announce the qualification tournament dates, and so it makes some sense that the Flames might not want one of their promising youngsters in Europe when training camp is about to begin.
Pettersen was a seventh round selection in the 2018 NHL Draft. He spent two seasons with the University of Denver Pioneers, emerging as one of the top young players in college hockey. He signed his entry level deal with the Flames in 2020. In his first pro season, he had six goals and 14 points in 29 games for Stockton. He also represented Norway at the World Championship, scoring a goal.
There are going to be three qualification tournaments for the Olympic tournament, with one qualifying spot available in each:
Already qualified are host China, along with Russia, Canada, Finland, Sweden, Czech Republic, United States, Germany and Switzerland. The tournament runs Feb. 4-20, 2022 in Beijing and negotiations are ongoing to allow NHL-contracted players to participate. The AHL will be running games during the Olympics, though, and the Flames would need to sign off on Pettersen playing for Norway if they qualified for the Olympics. (It seems pretty unlikely that they would block him from going, though, especially given the big-game experience he would gain from the process.)
Uncategorized
Recent articles from Ryan Pike