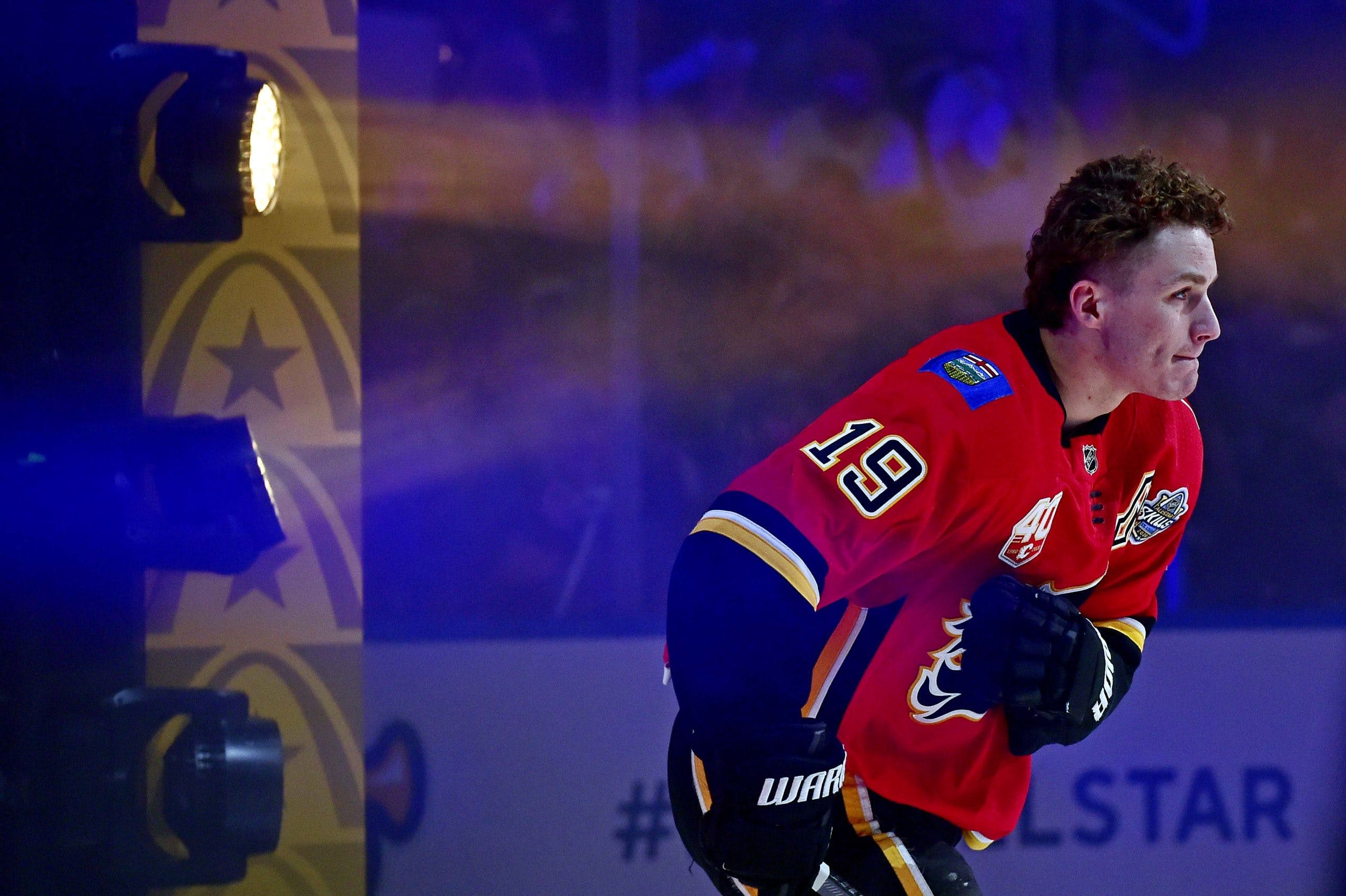 By Ryan Pike
1 year ago
On Thursday, the Calgary Flames (9-10-2, 20 points) looked very much like a team that played in Toronto and then flew to Ottawa… and then drove to Kanata to play the Senators (7-14-1, 15 points). The Flames get a chance for a do-over on Saturday when they play the Senators again in a situation that’s often been their kryptonite: the afternoon. If the Flames are gonna turn their season around, they’re gonna need to start somewhere. That “somewhere” is a brunch game.
The puck drops just after 11 a.m. MT and you can catch the action on Sportsnet West or on Sportsnet 960 The Fan.

Projected lines, via Daily Faceoff:
Tkachuk – Backlund – Mangiapane
Gaudreau – Monahan – Lindholm
Lucic – Bennett – Dube
Nordstrom – Gawdin – Robinson
Giordano – Andersson
Hanifin – Tanev
Valimaki – Nesterov
It’s a very early game, so there’s no morning skate – the entire game is basically a morning skate. David Rittich starts for the Flames, backed up by Artyom Zagidulin. (Jacob Markstrom is still day-to-day.) Beyond that, who knows? The probable scratches are Josh Leivo and Dominik Simon. The taxi squad is Michael Stone, Oliver Kylington, Glenn Gawdin, Byron Froese, Zac Rinaldo and Brett Ritchie.
The Flames need a good sixty minutes of 200-foot hockey. They looked exhausted on Thursday, and Geoff Ward conceded that their hectic schedule may have caught up with them. Rough schedule or not: they need points and they need to find ways to avoid bad things snowballing on them during games.
And most of all, the Flames need an exceptional performance (or two) from a non-goalie player.

Projected lines, via Daily Faceoff:
Tkachuk – Norris – Brown
Paul – White – Dadonov
Stuetzle – Anisimov – Batherson
Peca – Tierney – Watson
Chabot – Zaitsev
Reilly – Zub
Brannstrom – Gudbranson
Matt Murray starts for Ottawa, backed up by Joey Daccord. The projected active extras are Christian Wolanin and Josh Brown. Ottawa’s taxi squad is Kevin Mandolese, Braydon Coburn, Michael Haley, Logan Brown and Erik Brannstrom. (Peca and Brannstrom will be activated for the game.)
Winners of three in a row and five of their last seven games, the Senators are a team nobody expects anything out of this season. They’re playing loose, looking relaxed, and seem completely content to screw around with the plans of the other (Scotia NHL) North Division teams. As the Flames saw on Thursday, that makes them a very dangerous hockey club.

If you peruse most standings projections, it becomes apparent that 65 points probably gets you into the playoffs. That’s a 32-23-1 record, or thereabouts, or a .580 points percentage.
The Flames have an 9-10-2 record, 20 points, and an .476 points percentage. They need 45 more points to punch their ticket to the post-season with 35 games remaining, which would translate to a .643 points percentage over the remaining games.

The Flames lost 6-1 to Ottawa on Thursday. They meet eight more times this season.