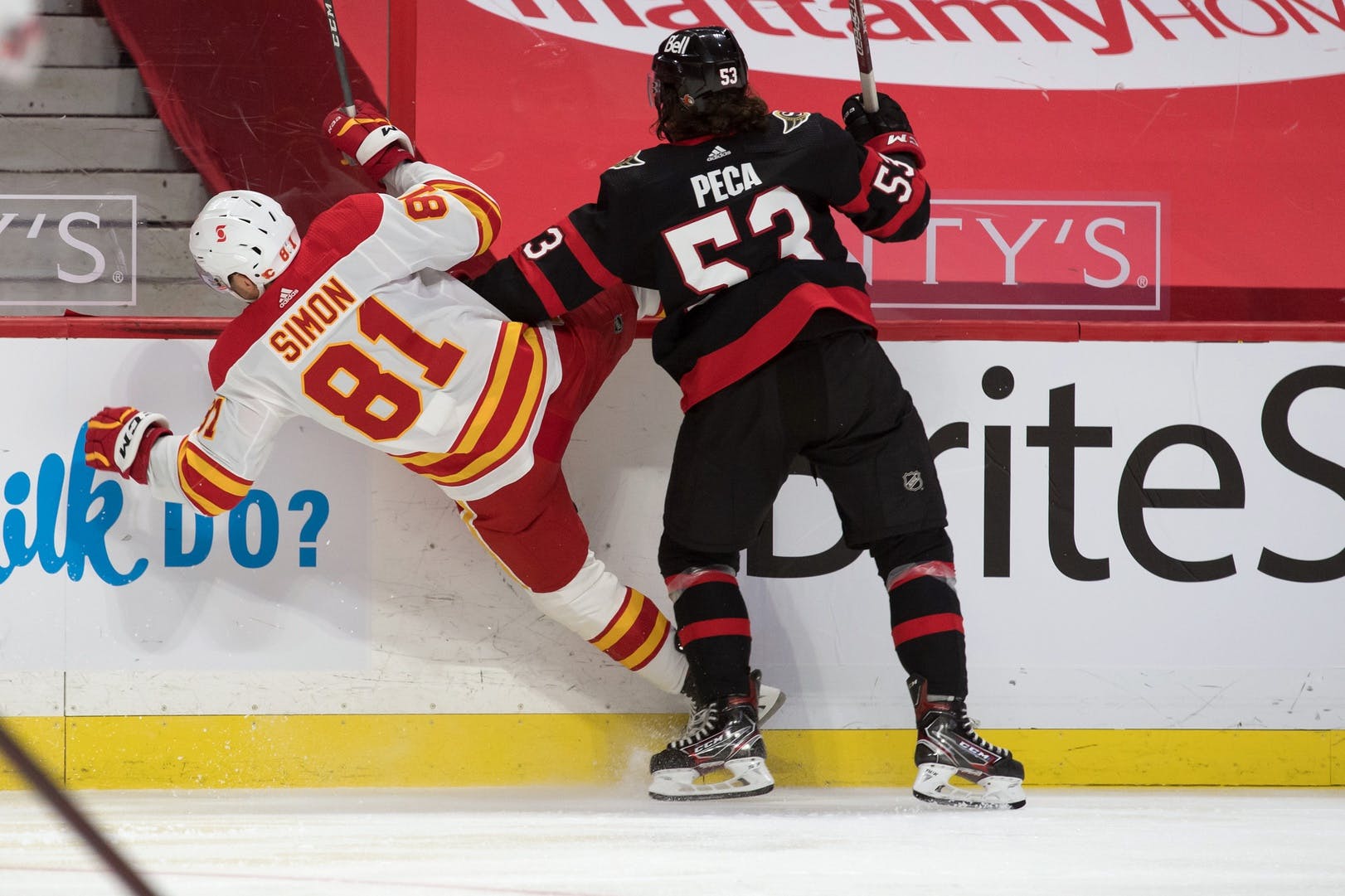 By Ryan Pike
1 year ago
Slightly less than 24 hours after a hard-fought loss up in Edmonton, the Calgary Flames (11-12-2, 22 points) will play their final game without Darryl Sutter at home when they face the Ottawa Senators (8-17-1, 17 points), who have been hanging out since losing to Calgary on Thursday. Can the Flames beat a team they’ve already beaten earlier this week?
The puck drops just after 7:30 p.m. MT and you can catch the action on Sportsnet West or on Sportsnet 960 The Fan.

Projected lines, via Daily Faceoff:
Tkachuk – Lindholm – Dube
Gaudreau – Monahan – Leivo
Lucic – Backlund – Mangiapane
Nordstrom – Ryan – Ritchie
Giordano – Andersson
Hanifin – Tanev
Valimaki – Nesterov
There’s no skate before today’s game, so we’re doing a bunch of guessing. David Rittich likely starts for the Flames, backed up by Jacob Markstrom. The scratches yesterday were Sam Bennett and Oliver Kylington, and their taxi squad is Louis Domingue, Michael Stone, Zac Rinaldo, Buddy Robinson and Dominik Simon.
The Senators will be rested, but the Flames will probably have a bee in their collective bonnet over dropping a game in regulation after playing quite well for the bulk of it. To be blunt: if they play as well against Ottawa as they did against Edmonton on Saturday night, they probably get a good result.

Projected lines, via Daily Faceoff:
Tkachuk – Tierney – Brown
Paul – White – Dadonov
Stuetzle – Norris – Batherson
Dzingel – Anisimov – Watson
Chabot – Zaitsev
Reilly – Zub
Brannstrom – Gudbranson
Matt Murray starts for Ottawa, backed up by Joey Daccord. The projected active extras are Christian Wolanin and Braydon Coburn, though Wolanin comes in if Reilly can’t play. Ottawa’s taxi squad is Kevin Mandolese, Michael Haley, Clark Bishop, Matthew Peca and Erik Brannstrom, who’ll be activated to play.
The Senators were not that good on Thursday against the Flames, but they’ve had a couple days to ruminate over their loss. They’ll be well-rested and potentially give the Flames more push-back than they experienced last time out. The Flames need to have a strong start to put Ottawa back on their heels.

If you peruse most standings projections, it becomes apparent that 65 points probably gets you into the playoffs. That’s a 32-23-1 record, or thereabouts, or a .580 points percentage.
The Flames have a 11-12-2 record, 24 points, and a .480 points percentage. They need 41 more points to punch their ticket to the post-season with 31 games remaining, which would translate to a .661 points percentage over the remaining games.

The Flames are fully healthy.
The Senators are without Mike Reilly, Marcus Hogberg and Derek Stepan, though Reilly might play today.