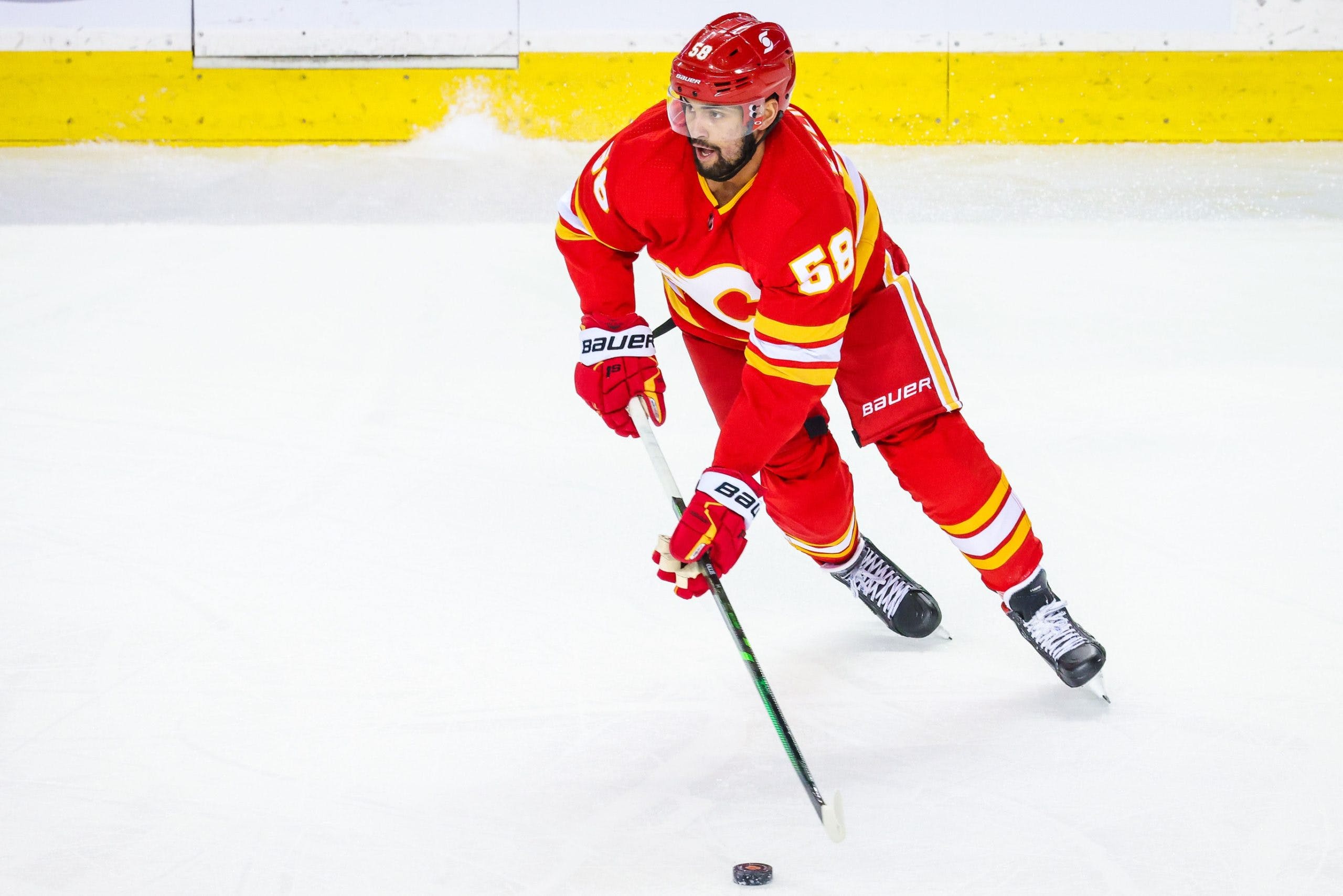 By Ryan Pike
1 year ago
For the first time since March 2020, the Calgary Flames will be playing a regular season game in the United States! The winless Flames (0-1-1, 1 point) visit the Detroit Red Wings (2-0-1, 5 points), who are undefeated in regulation. Can the Flames kick off a five game road trip with a much-needed win?
The puck drops a little bit after 5:30 p.m. MT and you can catch the action on television via Sportsnet West (with Rick Ball and Kelly Hrudey) or on radio via Sportsnet 960 The Fan (with Derek Wills and Peter Loubardias).
For a view from the other side, head over to Wings Nation!

Projected lines via Daily Faceoff:
Gaudreau – Lindholm – Tkachuk
Mangiapane – Dube – Ritchie
Coleman – Backlund – Pitlick
Lucic – Monahan – Lewis
Hanifin – Andersson
Kylington – Tanev
Valimaki – Gudbranson
Jacob Markstrom starts for Calgary, backed up by Dan Vladar. The projected scratches appear to be Michael Stone and Nikita Zadorov.
Zadorov being scratched in favour of Oliver Kylington is arguably the biggest news here. Zadorov and Chris Tanev have been challenged early this season, while Kylington had a superb training camp and showed some chemistry with Tanev. Kudos to the coaching staff for being willing to try something new.
The other big news is the Flames debut of Tyler Pitlick, skating on a line with two-way stalwarts Blake Coleman and Mikael Backlund. This line could be fun to watch, as all three players can be used as shutdown forwards but also potentially move the needle offensively.
Sean Monahan drops to the fourth line. Part of that might just be to balance the lines out a bit, but he’s also not been particularly good early on. He was largely invisible against Anaheim, aside from a poorly-timed line change preceding the tying Anaheim goal and some iffy back-checking preceding their overtime winner.

Projected lines via Daily Faceoff:
Bertuzzi – Larkin – Raymond
Fabbri – Suter – Zadina
Namestnikov – Rasmussen – Erne
Smith – Stephens – Gagner
DeKeyser – Hronek
Leddy – Seider
Staal – Lindstrom
Alex Nedeljkovic starts for the Wings, backed up by Thomas Greiss. Their scratches project to be Jordan Oesterle, Carter Rowney and Troy Stecher.
Nobody has high expectations for them this season, but the Red Wings have found ways to win this season. Have those ways been particularly pretty or things they can easily replicate? Well, no. But for a young team that is looking for positives, it’s hard to argue with the results.

This is the first of two meetings between these clubs this season. Their last game was a 4-2 Flames win in Detroit back on Feb. 23, 2020. 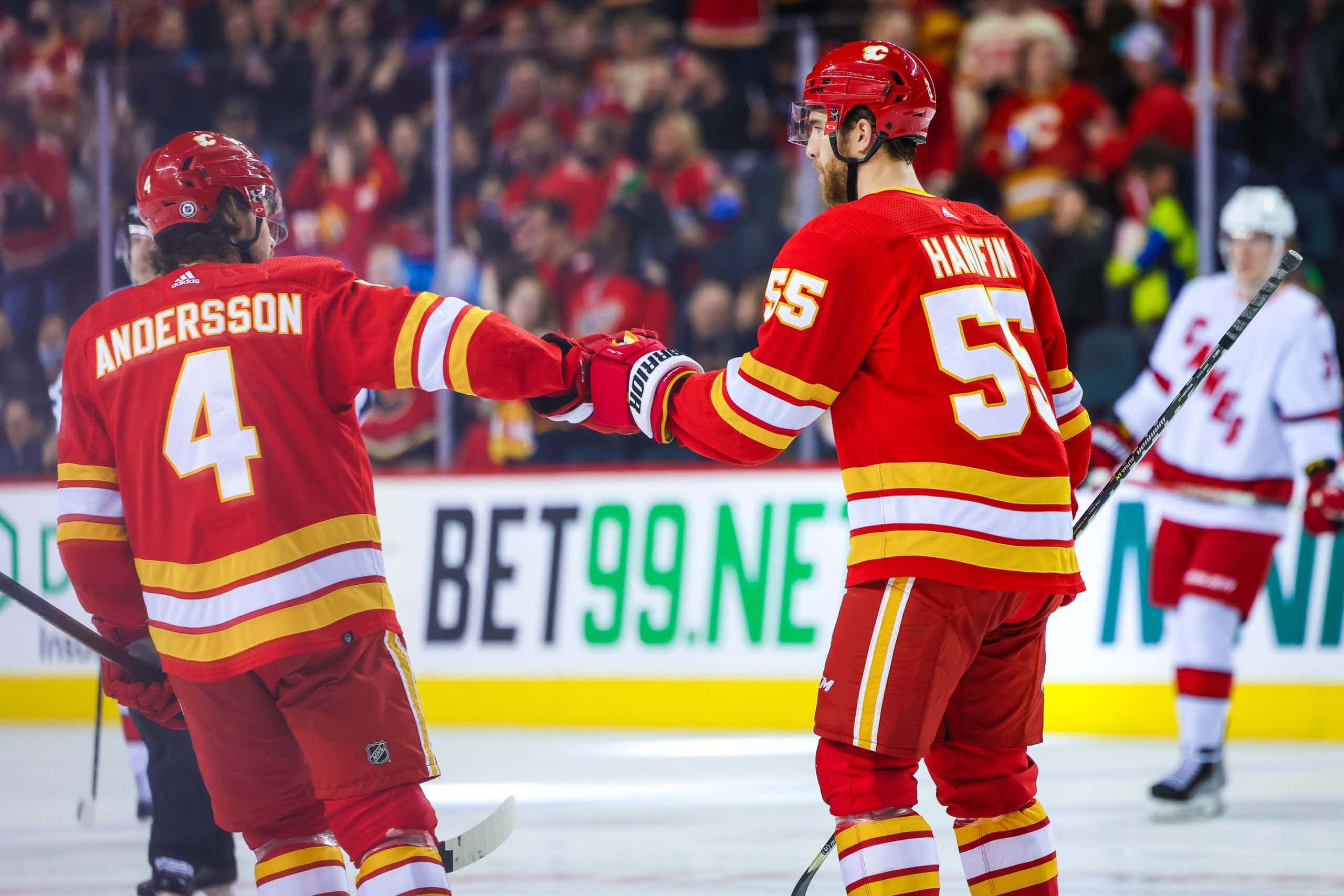 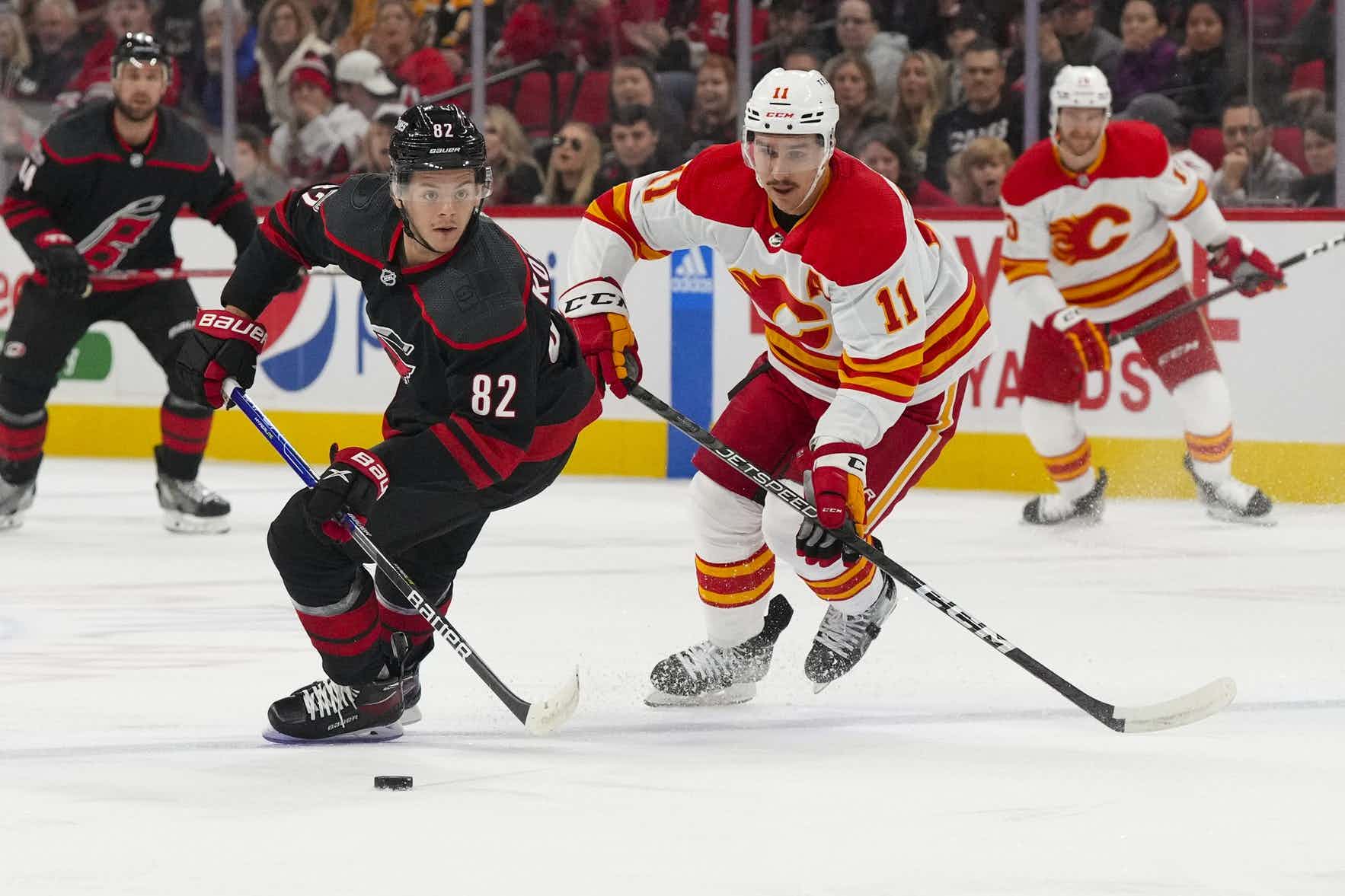