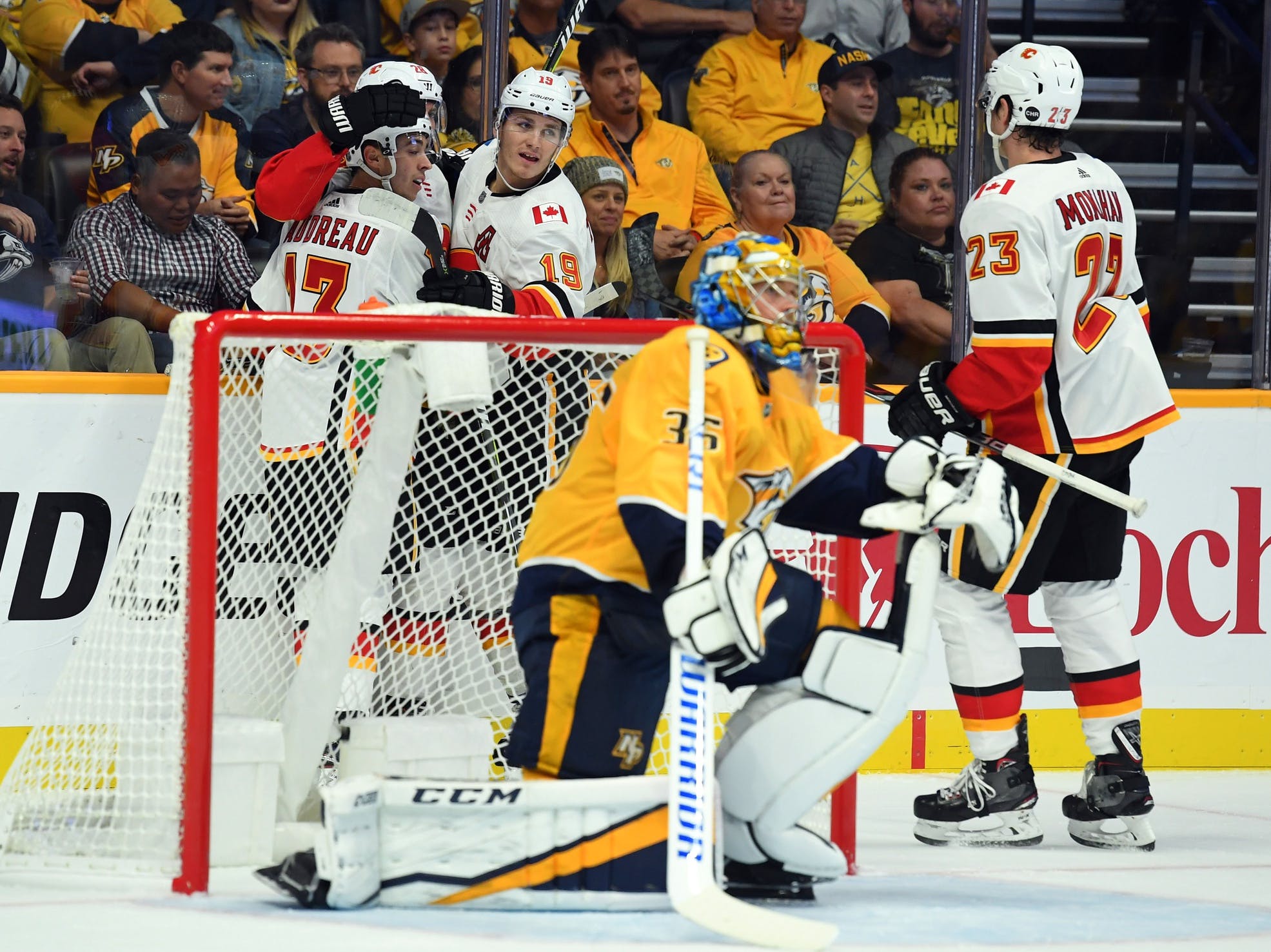 By Ryan Pike
1 year ago
Two days after returning home, the Calgary Flames (6-1-1, 13 points) will try to extend their winning streak to seven games when they host the Nashville Predators (4-4-0, 8 points) at the Scotiabank Saddledome. It’s the second game of a five game homestand!
The puck drops just after 7 p.m. MT and you can catch the action on television via Sportsnet 360 (with Rick Ball and Kelly Hrudey) or on radio via Sportsnet 960 The Fan (with Derek Wills and Peter Loubardias).

Projected lines via Daily Faceoff:
Gaudreau – Lindholm – Tkachuk
Mangiapane – Dube – Ritchie
Coleman – Backlund – Pitlick
Lucic – Monahan – Lewis
Hanifin – Andersson
Kylington – Tanev
Zadorov – Gudbranson
Jacob Markström starts, backed up by Dan Vladar. The extras look to be Michael Stone, Juuso Välimäki and Brad Richardson. It seems like they’ll be rolling with the same lineup that powered them to a 4-0 win over the Flyers on Saturday night.
After never holding a lead in their season-opening loss to Edmonton on Oct. 16, the Flames haven’t trailed during a game for their past seven outings – their lone loss was against Anaheim in overtime, so they never trailed during game time. If they keep playing the way they have – with structure and pace – they’ll be a tough team to beat.

Projected lines via Daily Faceoff:
Forsberg – Granlund – Duchene
Tolvanen – Johansen – Kunin
Trenin – Sissons – Jeannot
Cousins – Novak – Tomasino
Josi – Fabbro
Ekholm – Carrier
Borowiecki – Benning
Jusse Saros starts for the Predators, backed up by Connor Ingram. Their extras are Ben Harpur, Rocco Grimaldi and Philippe Myers.
The Predators have won three in a row (beating Minnesota, San Jose and the NY Islanders in succession). They got off to an ice-cold 1-4-0 start, but they’ve started to find their legs and they’re a scrappy, competitive team – even if their lineup is a tad top-heavy.

The Flames are healthy.
The Predators are without David Rittich (COVID protocol).